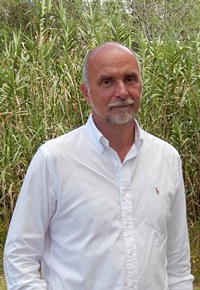 Book publishing industry is in the midst of its historic transformation with nobody able to predict the final outcome.  With local independent bookstores trying to find new ways to bring customers to their doors, several bankruptcies of the major book retailers, amazon’s and Google’s offensives in all aspects of book production and distribution, panic of the book publishing professionals in the face of e-reader, indie and POD publishing, it would seem that literary endeavors of all kinds are under attack in this digital age.

Nevertheless, literary magazines are doing as good as ever. Maybe even better, taking into account that the membership of the Council of Literary Magazines and Presses, one of the main associations of literary periodicals, has more than doubled in last ten years, from 230 to more than 500 publications and small presses.

So, what makes literary periodicals immune to big changes in the world of creative writing and publishing?  Well, different journals have different business models, but many are nonprofits or attached to educational institutions, and generally, all depend on support of dedicated readers rather than appealing to mass audiences.

Literary magazines generally do not make large profits because they do not cater to mainstream audiences who have commercial tastes. For those authors who want to see their work published in literary magazines, it’s important that they subscribe to literary magazines in order to help keep the market for creative writing alive and well.

As many other literary periodicals, Adelaide Literary Magazine (ALM) typically publish short fiction, poetry, essays, excerpts from novels, book reviews, overview of new book titles, as well as  art and photography. Our focus is very wide, and range from mainstream literature to specific topics, such as nature, politics, or esoteric.

We strongly encourage submissions by new and indie writers. Our goal is to find, present, and shine the spotlight on great writing, regardless of the author’s experience level. It is public knowledge that many well-known writers got their start in the pages of literary magazines. So, our goal is to accommodate a nesting place for bestselling wordsmiths of the future.  Generally, we try to have and maintain a literary feel. Emphasis is on style and insight.

At the same time, we are not trying to build a set of strict editorial standards. We desire each issue to be unique and different as much as possible. For this reason, we are inviting new “guest editors” for each subsequent issue, giving them liberty to get their own approach to whatever is that they want to deliver.

The main word in our editorial policy is “opportunity.” Giving opportunity to all those authors who seek to express themselves through the pages of ALM, without making a final judgment of the importance and value of what they have to offer.  That doesn’t mean that we would publish anything submitted to us. It just means that we are open to innovations, experiments, and even controversies.

Literary magazine subscribers are typically sophisticated, dedicated, and opinionated readers. Literary magazines are good testing grounds for any writer desiring affirmation from his readership. We encourage our readers to write to us, participate in the live blogtalkradio broadcasts, and express their opinions. Their opinions are very valuable to us.

More so, taking into account that often, many lit-mag readers are writers and authors themselves. We ask all our contributing authors to subscribe to ALM, not only as a sign of support, which is very important for our survival, but also to use ALM as a valuable source of inspiration and reference  for the benefit of their own work. So far, about 40% of our contributors are regular subscribers as well.
In some very old esoteric rituals, one can come across particular question: “Where are you coming from and where are you going to?” The answer is: “Coming from the West, traveling East, and in search of Light…” If somebody ask me the same question in reference to ALM, my answer would be probably the same. Creative writing of any kind has been always the source of great light for the humanity, and it is our desire and duty to do our part in the noble endeavor of finding and bringing that light to our readers.

Are we going to succeed? Only time will tell. Our intentions are good and we work diligently to improve all aspects of the ALM project. We still need to develop and strengthen  subscribers base. Being an independent publication, our main source of support comes out of subscriptions.
Mark Twain once said: “The time to begin writing an article is when you have finished it to your satisfaction. By that time you begin to clearly and logically perceive what it is you really want to say.” This quote is probably the most appropriate to describe my feelings about literary magazines in general, and about ALM in particular. The greatest advantage of running a literary magazine is in having an opportunity to make it better with each subsequent issue. Our first issue is done to “our satisfaction.”

LOUIS GALLO, Author of the CRASH

KIPP VAN CAMP, Author of THE SECRET OF ROCKS HYRAXES 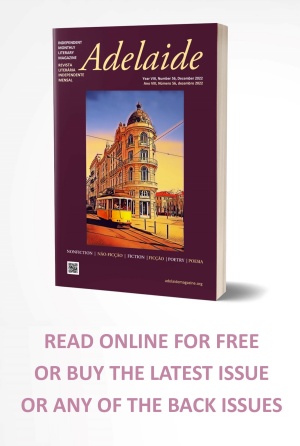