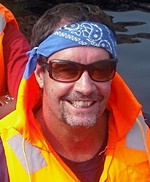 AN EXTRAORDINARY WOMAN
By Patrick Hahn

She was born over a century ago, in 1907 (I’m relying on memory here – I’m not gonna look up any dates). She was a member of the United States Women’s Olympic Fencing Team, making here the only Olympic athlete I’ve ever known, and she was a graduate of the University of Pennsylvania, from a time very few women even went to college. She was definitely a daughter of wealth and privilege, but she was also from a time when the wealthy and privileged taught their sons and daughters a sense of noblesse oblige, a conviction that they had a duty to use their skills and talents to make the world a better place.

She married Eric Knight, the author of Lassie Come Home, and the two of them moved to an old stone farmhouse called Springhouse Farm, located at the foot of Ghost Mountain. Lassie later became the basis of a number of movies and TV series, and somebody made zillions off them, but not the Knights. Eric Knight had sold all movie and television rights for the princely sum of five thousand dollars.

She was a Quaker and defined herself as a pacifist, but she was willing to make an exception for Hitler. After Eric Knight died in an airplane crash in Suriname in 1943, she served as a major in the Women’s Army Corps and directed a team of cryptographers, reporting directly to General Eisenhower himself. My mother once repeated to me a story about the time General Eisenhower and his entourage were traveling across Europe by train, and Mrs. Knight was asked to be Ike’s dinner companion. Afterwards, Ike walked her back to her berth and stood there in her doorway, clearly expecting to be invited in. She shut the door in his face. Whether that story is true I cannot say, but I do know that in any event Ike bore her no malice.

After the war she got married a second time, to a man named Lindtner, and it was by him that she bore her only child, a son. She divorced him sometime later and re-assumed the surname of her first husband.

She taught for a while at Moravian Preparatory Academy and spent a decade working as a research associate for Lawrence Henry Gipson, the most famous historian Lehigh University has ever produced and author of a fifteen-volume history of the British Empire before the American Revolution. I believe Mrs. Knight met my mother through my mother’s environmental activism, and the two became fast friends.

For the 1976 Bicentennial, a multivolume history of Northampton County was commissioned, and Mrs. Knight was asked to write the volume on Communications and Transportation. She recruited my mother as co-author, and no, the book wasn’t a best-seller, but those two old gals had a grand time writing it.

I got to know her pretty well myself. She was rather tall for a woman, especially one nearing seventy years of age, with a strong voice and a regal bearing. When I was in the sixth grade, the first black family moved into our rural school district and I befriended their oldest son, and when we were in the eighth grade one day it snowed and the two of us dragged a toboggan up the side of Ghost Mountain. Given the steepness of the hill and the number of trees in our way, it’s kind of a wonder we didn’t kill ourselves, but we ended up fine, which is usually what happens to people who are not afraid. Anyway, Old Mrs. Knight  invited us two boys in for a cup of hot chocolate. The TV miniseries Roots had just finished airing, and as we two boys sat there she began interrogating my young friend, earnestly trying to discern his opinions regarding the cultural significance of Alex Haley’s opus. Yep, she was the quintessential limousine liberal, but everybody who knew her loved her.

The summer after I graduated from high school Old Mrs. Knight hired me to work at her place. I have a sneaking suspicion that she really didn’t need anything done, but just wanted some company. She owned a collie dog, kind of a memento of Lassie or something, and part of my duties was to take the dog for a run every day. I had never liked dogs, but by the end of the summer I would tackle that dog and wrestle him to the ground, and a good time was had by all.

My first year away at college, for Halloween, I decided to go as the Grim Reaper. I got a hideous-looking rubber skull mask, and I borrowed my roommate’s bathrobe, but I still needed a scythe, and I knew where to get one. I drove out to Springhouse Farm and Old Mrs. Knight poured some wine for us and we sat up and talked. I was taking History of England then, with the incomparable Ian Duffy (just being in that man’s presence was an educational experience) and we discussed the Norman Conquest.

After my first semester in graduate school, I stopped by for a visit.  Now, I remember my twenties as a time of unremitting failure, not to mention loneliness so egregious I considered killing myself, although somehow I managed to end that decade with the initials Dr. in front of my name, don’t ask me how. But all that was still ahead of me, in the unknowable future. Once again she poured some wine for us, and flush with all my new knowledge, I proceeded to lecture Old Mrs. Knight on the evolution of reproductive strategies in fishes, and she listened more attentively than any of my students ever have.

Right before graduate school had finished chewing me up and spitting me out, I flew back to Pennsylvania to interview for a faculty position (I didn’t get the job). I stopped by to visit Old Mrs. Knight, and for the last time she poured some wine for us and we sat up and talked. She reminded me that my parents were by then on the cusp of old age themselves, and she warned me not to be overprotective. “If your father wants to die with his boots on, you let him,” she admonished.

Shortly thereafter, I received a letter from her son. He and his wife had pinched his mother’s address book and contacted everyone listed therein, asking them to contribute some kind of memento for a scrapbook that would be presented to her on the occasion of her eighty-fifth birthday. I was still in Tucson at the time, and every week I would go to a laundromat managed by an elderly Mexican abuelita. She always had a flock of grandkids running around, and every week I had to come up with a new joke to tell them. Anyway, I gathered all the kids around me, and someone snapped a picture of us and I sent it, along with a card saying “FELCIDADES DE TUCSON ARIZONA!”

Old Mrs. Knight died not long after that. But my mother told me she had enjoyed the picture.

About the Author
Patrick D Hahn is an Affiliate Professor of Biology at Loyola University Maryland and a freelance writer.