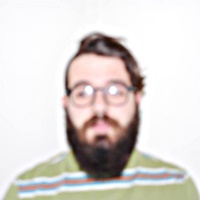 one morning, we wake in a coiled embrace, dead.
i don’t know how i even know this. after years in
that now-rotten mattress, our vertebrae have fused
and risen in a skeletal trunk. when the biggest tornado
of the 2200s tears down the walls of that dilapidated
bedroom, the trunk still stands – ribs like limbs on
which things with wings can perch eternally.  in 1000
years, young lovers (dis)honor our bones and carve initials
haphazardly into our bark.

(the synthesis becomes a synthesis of synthesis, synthesizing
synthesizers to synthesize synthesis. eternal mitosis in interstitial
cells that sound like a million midi blips coming from yesterday’s yogurt.)

[you can source death from anywhere – a sink, a crosswalk,
a subway platform, a coffee mug…everything that is is a possible exit.  a
moment of life demands the opportunity for death.]

does being full of anything make you pregnant?

i have a life that turned astonished into a pregnancy.  it is frequently a necessity, i found out – this rebirth, the grave.  my home country is a cunt, obviously. everybody never admits it.  they’ll slip a nickel between the lips like the uterus is a parking meter and complain when the parking authority plants citations on their cocks.  my crying makes cracks in bitter glass and stumps those fools who thought they knew knots well enough to stump my wrists.

i tore nakedness from the alien in myself, brought fingers to pick at interesting crusts and flake the bark of my old skins to define the idea of “longing.”

she was already lean when claw prints left love handles nonexistent.
so shooting up couldn’t possibly diminish the flesh she has left.

why not appear to be in shambles? re-direction shapes the truth.

at the discontinuity between you and me, ruinous columns
remind us of ancient worshippers. our force flattens the
earth.  dusty crumbling granite rambles down the space
between us, iridescent and bubbling. it fills the gulf so
gulls can perch to steal our scattered snacks.

the power of being a white man

Zach Trebino populates the world with absurdly grotesque performances, plays, and texts. He is the runoff from the apogee of nothingness, the outcome of a surrealist’s wet dream, a coded message sent to you from your pre-conscious brain telling you to “WAKE UP!”  Zach lives and works in Philadelphia, PA.