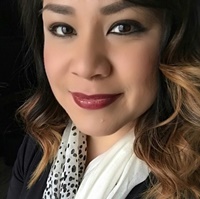 Today, I said the words, “My abortion…” and I stopped.  They tumbled out of my heart and fell out of my lips.  I was on a phone call with Ron and didn’t think anything of it.  We were talking about the clinic, of when I should go back or give them a call and then I said it, my abortion.  A word I internally cringed when I heard it in public or read about reproductive rights after February 2011, the year I had my abortion.  This was a word that came at me with full force and stirred a memory so raw it seemed six years had not gone by.  It was never because of its meaning, on the contrary, its meaning is basic, medical, or as a quick Google search would define, “the removal of an embryo or fetus from the uterus in order to end pregnancy.”

My abortion did not begin at a clinic.  It did not begin when I met the man that fathered the pregnancy or when I erupted into joyous tears after the test came out positive.  It began when I was four years old.  When my father died of bone cancer and my mother fell into a deep depression.
I have been asked the reason why I had an abortion by the few who know my truth, but I cannot give them one reason because there is not just one reason.  There are many.  One single abortion is a creation of many reasons, many circumstances, and many people.  It is foolish to think otherwise.
My fondest memory of my father was during his last few months of life.  His legs would swell, painfully, and he would limp wherever he walked, but he refused to use a wheelchair.  He would sit in the living room of the house we shared with my grandmother and rocked me back and forth on a rocking chair while I sat on his swollen legs.  He would sing to Rigo Tovar vinyl records on the old wooden console player that belonged to my grandfather, and even now, I remember feeling safe.
My last memory of my father was how he jumped out of the full size bed the three of us shared in a rush to get to a white bucket we kept in the room in case he needed to use the bathroom.  Every morning my mother would empty the contents.  Like the Rigo Tovar song, “Mi Amiga, Mi Esposa, y Mi Amante”, my mother had truly become my father’s friend, wife, lover, and nurse, a torturous job in more ways than one.

Sitting on the bed, I saw my father move faster than he had moved since the cancer began to eat away his bones.  He hunched over the white bucket and heaved blood.  In between gurgles, he called for my mother.  When she finally woke, she ran outside to seek help and as he tried to follow, he left a bloody imprint of his fingers on the wall.  The imprint still remains on the ruins of my grandmother’s house.  To anyone else the mark may look like dirty smudges, but to me it will always be a bloody handprint.

The relationship I had with my father ended in medias res, in the middle of things.  In writing, this is a technique, a way for the writer to whet the appetite of the reader by starting the story in the middle instead of the beginning.  It is a way to leave the reader wanting more.  In life, that is the hardest way to end things, in the middle, because unlike literature, we can never go back and finish the story, it ends in total finality.  It is left unfinished.  Incomplete.  Forming into something that could have been, but having to stop.  In life, wanting more when we cannot have more leaves us wondering of the possibilities and creates a void we may never overcome.

That is how I saw my abortion. That is how I saw the sonogram.  The dark black and grey photograph that showed a pregnancy in the middle of creation, bubbling and boiling into a possibility that would stop in the middle.   I think of the words by Irene Vilar, “Everything can be explained, justified, our last century tells us.  Everything except for the burden of life interrupted that shall die with me.”

In the initial consultation, after I was poked on the finger for a quick blood sample and taken to a back room for an ultrasound, I finally felt alone.  Going to an abortion clinic had never been part of my life plans, much less going by myself.  I began to hum Rigo Tovar’s La Sirenita, as I do when I feel anxious to calm my nerves with the upbeat sound of a cumbia.

The nurse came into the room first and told me the blood test came out positive and I was, in fact, pregnant.  She excused herself and I began to hum louder until she came back with the doctor.  He was tall with a beard and not as I had imagined.  I was not sure what doctors who performed these procedures would look like, but he seemed pleasant.

“How are you feeling?”

He told me to raise my shirt and unbutton my jeans.

“The gel will be a little cold,” said the nurse, but I did not notice the temperature.

The doctor looked at the monitor for a few seconds, scribbled something on the forms I had filled out earlier and smiled.

“It’s very early in the pregnancy, four weeks or so, my recommendation would be to take the pill.  It is not as invasive as the surgical procedure, but it is your choice.”

“Great, then we’ll see you in twenty-four hours.”

The doctor left the room and I asked the nurse,
“Twenty-four hours?”

“Yes, you know the law, they want you to sleep on it and make sure this is what you want to do, I guess.”

She walked over and handed me a small square of paper.

I took the imprint of the sonogram from her hand, holding it briefly in mine.  Quickly, the nurse took it back and told me to make an appointment with the front desk for my next visit.  Except I did not come back in twenty-four hours.  I went back a week later because the snowstorm that hit that week shook our city and delayed my plans.

During the second appointment, I didn’t ask the nurse or the doctor about the sonogram.  I was too afraid.  They would want to know why I wanted to see it again.  They might think I was having second thoughts and they would not administer the pill, so I remained quiet wondering if I would see it again after the termination.

On the third and final appointment, when I returned to the clinic no longer pregnant, I gathered the courage to ask the nurse for the sonogram.

I wanted to keep a memento, something that proved this little piece of existence did just that, existed, and even though our story stopped in medias res, as my story had with my father, it had been real, it had been mine.  I wanted something that was more than memory, because in time memory fades, becomes distorted, fuzzy, like waking up to a ray of sunshine that prevents you from focusing.

The nurse said no.

“Why would you want to keep something so painful?  It could bring back bad memories of this mistake.”

“On my way here,” she continued, “I was listening to the radio.  The guy said a man threw himself onto on-coming traffic and committed suicide. He left a note to his wife asking her to forgive him.  It’s sad, but you can’t help wondering if he had been a mistake.  What if that guy was never meant to be here?  Look at what happened with him.”

If she was trying to comfort me, her words did not help.  Instead, I thought of the heartbeat and wondered why they had not asked me to listen.  Would I have agreed?  Would I have been forced to listen?  Would it even have been a heartbeat so early in the pregnancy or would that have been the sound of miscellaneous cells trying to find a rhythm?

What if the sound had only been the machine?  What if I could not tell the difference?  What if after hearing the thud thud thud I would have thrown myself onto on-coming traffic?

I wanted to ask her, but did not.

I looked at the small square she held in her hand one last time, burned it into my brain from where I sat on the examination chair and hoped that this memory would never fade.

Carla E. Arellano is a writer and product of the U.S./Mexico border.  She writes about women, proud, flawed, and beautiful.  While she delves in fiction, she has discovered her passion is in creative nonfiction.  Carla is a graduate candidate in the Bilingual MFA in Creative Writing Program from The University of Texas at El Paso.