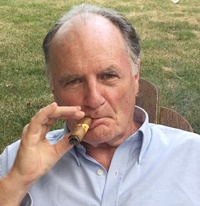 This woman, whom I know,

seems to herself unknown,

absently off in the heavens

A rose made of cloth

stiff on its iron stalk,

and pearls that return

one-by-one to the ocean.

On the far side of Altair,

when the lady smooths her hair,

she never quite knows

if her eyes are going to open or close.

Jules Supervielle, (born Jan. 16, 1884, Montevideo, Uruguay—died May 17, 1960, Paris, France), poet, dramatist, and short-story writer of Basque descent who wrote in the French language but in the Spanish tradition.

Supervielle’s themes are the love of a lonely but fraternal man for the pampas and for the open spaces of his South American childhood and his nostalgia for a cosmic brotherhood of men. His poems (Gravitations, 1925; Les Amis inconnus, 1934 [“The Unknown Friends”]; La Fable du monde, 1938 [“Fable of the World”]) are sensitive, sometimes humorous, sometimes precious. In his novels Le Voleur d’enfants (1926; “The Kidnapper”) and L’Enfant de la haute mer (1931; “The Child of the High Seas”), he allies fantasy and simplicity. His plays La Belle au bois (1932; “The Beauty of the Wood”) and Robinson (1949) constitute an escape into a land of fantasy. (https://www.britannica.com/biography/Jules-Supervielle)