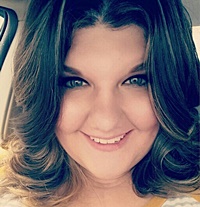 COAL DIRT
By Susan Will

For twenty-four years, my dad worked in the coal mines of Ohio and then West Virginia until the mass layoffs impacting the industry finally reached our family in October of 2015. I had always associated my dad with coal and coal with my dad. I couldn’t imagine him working anywhere else. Couldn’t envision a future where my dad didn’t wake up at 4 a.m. every morning to go to work, only to return home more than twelve hours later covered in black coal dirt and smelling like fuel.

In the spring and summer, it wasn’t out of the ordinary for Dad to come home at the end of a long work day and grab the weed eater to help my brother get the yard work done faster. When I would take glasses of ice water out and set them down on the front porch, I would often look over at Dad and see the sweat starting to build up and streak down the face so similar to my own. I would look at him and wonder how and why he would offer to help my brother when he was clearly exhausted, and my brother more than capable of doing all the yard work himself. Why he willingly overexerted himself so that sweat made streaks in the dirt and dust caking his face, and caused tiny blades of grass to adhere to his entire body. It’s not in my dad’s character though to walk away and not offer help where he thinks help is needed. I can never think of a time where he ever put himself first.

When news of more and more layoffs started making its way down from the mountain top coal mines of southern West Virginia, my family knew that eventually, Dad would be laid off as well. It was always a risk working in a controversial industry but we couldn’t help but hold out hope (maybe a little foolishly) that my dad’s job would be spared.

I remember I was making the familiar trek north on Route 35 through the rolling green hills of southeast Ohio towards my grandparents’ house when I got the call from my mother that I had been anticipating for months. My happy and upbeat travel music was suddenly replaced by my mother’s voice coming over the hands-free Bluetooth system in my car telling me that Dad had officially received word that his job would no longer be there in a few weeks. Even though we had been bracing for this for months, I still felt my stomach turn and tears start to sting my eyes. “What now?”, I thought.I wasn’t sure what my dad as anyone but a coal miner would look like and that shook me, scared me even. I wasn’t prepared to witness my dad go from being worn out from working 60-hour work weeks, to someone whose worry lines in his forehead were more prominent each day from working zero-hour work weeks. Although I didn’t know it yet, I was already beginning to see my dad in a new light. Not better, not worse, just new.

As time has passed, I’ve gotten a good look at the man underneath all the coal dirt. At some point, I’m not sure when, my dad started aging. The strong, athletic, hardworking father of my youth now often uses a cane to take some of the pressure off of his aching hips, knees, and back that prevented him from finding a new job after the layoffs, and caused him to file for disability instead. I see more salt to his pepper black hair now more than ever, and he seems to have weekly doctor’s appointments. Through all of this though, he has taken everything in stride. He has transitioned from an over-worked coal miner covered in dust, to taking on the role of a house-husband, doing laundry and running errands, as well as supporting my mother while she goes back to school to earn her first bachelor’s degree. And although he makes a lot more “dad noises” now that consist of “phew’s and oomph’s” and other various grunts and groans, he never complains and rarely asks for help. In the moments when my mind recognizes that my dad is growing older, I can’t help but chide myself for taking for granted both the financial and emotional stability of a present and loving father all these years.

People often comment on how much my dad and I look alike. We have the same heavy lidded, almond shaped eyes. The same full bottom lip and thin upper lip, and the same chin that juts out from the same oval face. Our similarities go far deeper than just outward appearance though. We’re about as low maintenance as low maintenance gets. We’ll take our pizza on a paper plate, our beer straight from the can or bottle, and our mixed drinks in plastic solo cups (something that annoys my mother very much). We consider an afternoon spent on the porch, or a Saturday watching Ohio State football, time well spent. There is no need to change the radio station when we climb into his Ford Escape to run errands on the weekend or go to a doctor’s appointment; 101.5 Big Buck Country will do just fine.

Every time the station plays Loretta Lynn’s “Coal Miner’s Daughter” my dad will perk up and say, “Hey, there’s your song!” and I’ll laugh while he belts the lyrics. It’s true though. It is my song. Although we disagree about the future of the coal industry, I feel the words to that song more than he knows. My dad may have only had two kids to raise, he may have never had to sell any livestock to make sure my brother and I had shoes to wear not just in the winter but all year round, but he worked just as hard and loved us just as much as Loretta’s father did.

Now that I have moved out of my parents’ house, Dad will text or call just about every Thursday to see if I’m coming home for the weekend. The longer I have been away or the shorter my stay is, the longer he hugs me when I come home or when I get ready to leave, and I know now to appreciate the moments when his large, six-foot frame envelopes me in a huge bear hug. I know now to appreciate his smell of Lever 2000 and Red Seal Long Cut Natural. Sometimes I’ll even get a whiff of coal dirt and I’ll think of Loretta Lynn singing about how she’s proud to be a coal miner’s daughter.

Susan Will is a Creative Writing major at Marshall University in Huntington, West Virginia where she is an active member of the Beta Iota chapter of Sigma Tau Delta as well as a staff member for Marshall’s on-campus literary magazine, Et Cetera. Coming from Ohio and living in West Virginia, Susan identifies as a Midwestern-Appalachian and her experiences within these regions are often explored in her work that consist mainly of Creative Nonfiction shorts. After graduation from her undergraduate program, Susan plans to stay at Marshall to earn her M.A in English.