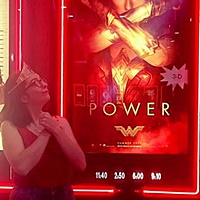 ASSOCIATIVE LEAPING
By Lydia A. Cyrus

1.
My mom told me that a red chicken was dying. How? I asked but no one knew how. My brother, the reaper, slid into a pair of black, heavy rubber boots and went to retrieve a dying hen. With gloved hands, he stuffed her into a white garbage bag. He tied the yellow plastic string into a tight knot and left the bag on the ground. He said she smelled bad. At the bottom of the bag the hen lay—still breathing. We watched the bag expand and stifle over and over. I remember red chicks, small enough to fit in my piano hands, small balls of centimeter long feathers. But little red chicks grow into hens and sometimes you put their lives in your hands. Only you don’t stroke it and marvel over the size of it. So my brother buried a still breathing chicken. I know she was still expanding but what could you do? She smelled so bad. In the same spots we have buried dogs, cats, and even people, we have buried a small red hen.


2.
When you stifle a fire you put it out. You pour water over it, you can even give back to the earth and piss on it but, ultimately, you put it out. When I was a kid, we had bonfires in the mouth of the holler. Together we sat in stiff, blue plastic chairs and wore glow sticks around our necks and on our wrists. Sticks of neon pink and green, sticks of vigilance to ensure no child would wander or disappear. Once, my aunt told a scary story and it frightened my cousin John so badly that he fell backwards in his chair. His head of sandy blonde hair landed right at the start of the fire, right at the thin red line.


3.
My brother has ADD. With his diagnosis came his extreme “fondness” of open flames. Matches, lighters, candles, and fireworks all became the Holy Grail he sought to find and stake his claim upon. He sought to watch the orange brilliance spring up like a stalk of summer corn. The doctor said that if he doesn’t take his morning and evening medication he would be drawn to the chaos of fire. My ears have learned to pick out of a crowd the sound of the soft tisk a cigarette lighter. On one occasion, he caught a piece of fly tape on fire and it left a dish size circle of soot on the kitchen ceiling. My mother tried to whip it away but a halo of grey, of remembrance, remains. One rainy summer day I caught him striking matches and tossing them into a plastic Folgers’s can. Inside the can was a bed of cedar chips and firecrackers. He admitted to me that he had no plan for the actual sparking of the fireworks; he just wanted to see the flame.


4.
The power goes out often where we live. Trees, rain, snow, and car accidents all have the ability to leave us in darkened houses. One spring when I was a college freshman, it snowed and we lost power for over three days. We boiled water and took “GI Joe” baths and ate food cooked on gas stovetops. We slept with thick blankets and socks and woke in black bedrooms. I like it when the power goes out in cold weather. When it goes out in June, we suffocate from the entrenchment of humidity and I sit with my head cocked out a window and into the visible constellation above. When it goes out due to snow I can add blankets, I can add socks, and Carhart coats. The spring of freshman year I lay bundled next to a red Coleman lantern and I read The Return of the King. The darkness in my bedroom battled the lantern light as wars in far off places waged, as a wizards sought out light as he crossed mountains.


5.
We live at the bottom of the mountain. The road, Mountain Union, leads to a valley of modest homes and trees. A one-lane road runs through the neighborhood and there are only three streetlights. I’m related to everyone on the right side of the creek. Or the left side depending on perspective. At the start of the concrete bridge leading to my driveway there is a walnut tree. When the air seems damp and warm the leaves on the tree turn inside out: rain is on the horizon. At the top of the hill, what the older neighbors call the start of Mountain Union, to the right there is a family cemetery. It’s on the left side depending on which side of the road you are driving on. One of the men buried there is the father of a woman who lives two houses down from me. We are not related. The man, Jim, was hit by a car one night while he was walking. It was Super Bowl Sunday and it was snowing outside. He was pinned under the car while one of his daughters watched. The driver took his license plate off of his car and ran into the woods. That’s where the police found him. This is why my mother doesn’t want me to walk on the road at night, the road that leads up to the cemetery.

Lydia A. Cyrus is a creative nonfiction writer and poet living in Southern Appalachia where she focuses on volunteering and education. She is a proud Mountain Woman who hails from the Western most county of West Virginia.