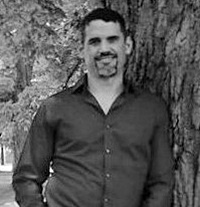 IN THE COMPANY OF MEN, MUSCLE, AND MACHISMO
By David Boyle

For more than fifteen years I have not given one iota of attention to sports; that is, professional sports. Sorry, gentlemen, treat me like a leper if you must, it wouldn’t be the first time. There’s no turning back for me at this point: I’ve come quite a distance on the important journey known as self-discovery, a journey of life-altering twists and turns and revelations.  Men might think that for anyone of their kind to maintain such remoteness from the world of sports is not only unusual but unnatural—much like the women who ostracize others of their gender for not sharing their penchant for gossip, clothes, makeup, cooking, dancing, massages, facials, manicures/pedicures, etc. Regardless of gender, people are from time to time faced with identity crises, having to either join the clique or resist belonging. As for my separation from sports in general (not from exercise or from staying physically fit, mind you), one day it just happened. Nothing and no one indicated imminent change. I have no recollection of how, when, or where my priorities changed.  And I have no regrets, either, moving on was a veritable cinch. The “why,” on the other hand, is much easier to illustrate, and I’m inclined to cite a reason or two—chief among them, believe it or not, the fans themselves, who don’t shy away from complaining when their favorite team loses or from assigning blame rather arbitrarily; who offer critique whenever a player commits a blunder, and who pontificate at length before, during, and after a game, laying out all forms of commentary, from detailed analysis to alternative strategies, sounding in tone and delivery like a general outlining a war plan and addressing his battalion. Men, many of whom couldn’t make the cut in any sport even in their wildest fantasies, believe themselves to be experts irrespective of the game they enjoy watching, irrespective of who’s within striking distance of their critical whip. As some of us know, even those who have spent enough time around men (as I have), a good many, I’ve reason to believe, are envious of athletes, jealous of, among other aspects, their money, fame, and social status.  Have you ever heard a man say, when a baseball player strikes out with the game on the line, or when a football player throws an interception or drops the ball, or when a hockey goalie lets one slip by into the net, or when a basketball player misses what’s considered a sure shot: “How can you choke like that? You get millions a year!” I’d be the first to admit, by the way, that professional athletes are not only pampered and overpaid but over-privileged. But that’s another entirely different discussion. Often drawn to power and prestige of one sort or another, men can find it, and worship it, in high-level professional athletes, in their posturing and in their swagger. Or even feel empowered by participating in and contributing to their kids’ sports-related activities, serving as coaches and mentors, as well as in other capacities, reawakening through their children their own long-dormant dreams of glory and acclaim and attention from the community.

In my experience, being around men embroiled in a sports-related conversation calls to mind the consequences of being an outsider:  It’s not uncommon for me to be perceived as an inferior, as less of a man, though I can shrug off the harshest judgment and, unfazed by the source and the style, still feel whole and adequate as an individual.  After all, I’d much rather read good writing, attempt to write something of substance myself, or watch a thought-provoking movie. These activities, for me at least, bear fruit, both emotional and psychological, paying long-term intellectual dividends.  Besides, athletes earn staggering amounts of money, and good for them, I begrudge them nothing: A month of any top athlete’s salary is more than I’ll ever see in my lifetime, all for having fun and for avoiding the banality of a real year-round job. With that in mind, think of the athletes who cannot even complete a full sentence, who barely speak a word of comprehensible English. Think of the athletes who fail on every level to conduct themselves as decent citizens in public, who can’t get through a game without fighting or instigating a conflict, yet are rewarded with commercials and endorsement deals, movie/television roles and luxuries normal people can only visualize in their most outlandish dreams.  Some of these athletes, of course, are good-hearted, generous, intelligent, and, when interviewed on TV or when appearing in public, come across as humble, upstanding people who from time to time even downplay their own talents. Not all players fit the dysfunctional mold. There are athletes from all walks who are grateful for the life they’ve been given and demonstrate their appreciation at every opportunity. No matter. I myself have simply outgrown the sports mindset and the superficial bonding and team pride that tend to accompany life as a devotee. I do not wish to wear a team jersey. Nor do I wish to paint my body for a game or get a tattoo.  I do not wish to conjecture as to why a team lost, when the answer a majority of the time—if not all of the time—is that the losing team was outplayed. Period. What do obsessive fans do as a result? They sulk the next day as if their world has fallen apart; sporadically come to heated exchanges or fisticuffs with their “adversaries.” Sure, to be honest, I went through that fanatical phase as a very young man, hoping to feel I was part of something that had a purpose, a benefit or two, only to come out without having gained much of consequence. In fact, I have nothing to show for my years of being sports-minded.  And, needless to say, I can’t get that time back, but I sure can make up for it, which is what I’ve been doing for more than two decades.

With respect to the physical elements of sports, playing and competing on an athletic level is the only time when men express emotion and get away with discreet groping. It’s true, and I’m not trying to disparage sports or its followers or offend anyone. I’m merely trying to emphasize a subtle point about men, about their ambiguous behavior.  Players often cry, and hug one another, whether in victory or in defeat, and pile on one another in celebration.  Players and coaches pat their colleagues on the back and on the buttocks, on the arms and legs; tap their teammate’s fists, forearms, and chests with their own; shower together, snap each other with towels and make primitive sounds. Peculiar behavior for any male-dominated sport, don’t you think? Do women engage in such antics on the field or in locker rooms? I’m not sure, though I suppose some do and some don’t. In any case, with age I’ve become more attuned to the male psyche, the way they, like others of their ilk, hunger to fit in with a group while at the same time grapple with the inner conflict of wanting to stand alone without being mocked or judged.  Not an easy situation to be in, but one must navigate the potholed road of indecision on his or her own.

Sports, as I’ve attempted to explain here, fall dismally short of nourishing my soul, fortifying my mind, or engendering within me any meaningful thoughts or ideas or inspirations.  Since I’m not the competitive type (I never have been, a weakness of mine, perhaps.), maybe that’s why I no longer find anything enthralling about sporting events and those who avidly play them and watch them and attend them.  When I happen to glance at a TV screen in a restaurant or pub, or hear others discussing the latest contest, my mind goes blank. That part of my brain has become a self-sealing fissure which no longer allows the passage of stale, unnecessary information.  Besides, when sports on TV occasionally enter my eye-line, I never know what I’m supposed to feel, if anything. What I do know, if I may be honest and direct, is that when I’m reading, writing, or entertaining myself according to my own needs, tastes, and desires, I become imbued with sensations and emotions and energies which stimulate my mind, body, and imagination—as if I were an easily crazed fan watching a sporting event and experiencing the rush they so desperately crave—persuading me not only to explore more deeply who and what I am but what I aspire to be, even if I should never reach all goals.  And although I seldom yearn for the company of other “typical” men and what nowadays constitutes “male bonding,” I wouldn’t change my outlook, my trajectory, a smidgen.  Why would I? I like literature. I like art, music, film, etc.  I like educating myself, sharpening my assets, my own definition of myself, on my own terms. And I admire creative people because they are forced to apply their intellect and imagination to make something fresh and unique out of nothing. There’s no playbook.  No coach overseeing your daily progress. Nobody orchestrating or cheering your next move. And rarely, to my knowledge, is there a big payday. Insofar as I am aware, no drug or supplement will speed up or make possible a work of artistic merit, unless we take into account those feckless artists who’ve become ensnared in the habit of using alcohol, marijuana, or cocaine (or various drugs) to alter their state of mind—to get their creative juices flowing, as the phrase goes.  Athletes, on the contrary, can be aided by any number of performance-enhancing drugs and supplements, team approval and audience and community support. Hefty paychecks. This data notwithstanding, I derive steady and irreducible pleasure and fulfillment from studying, researching, and immersing myself in my pursuits, using my findings to improve my life and to attain emotional and physical balance as well as inner strength. Sports do not fill me with awe and wonder and curiosity, and cannot provide for me what I long for the most: sustained growth.  For years and years, books, movies, music—art in all its forms, essentially—have been keeping me company. And, in consequence, I’m wiser and more impressionable, learning and evolving with each new day—an existence which I’m faithful to and one that hasn’t come close to letting me down.  As each promising opportunity comes my way, I hope to never drop the ball and blow the all-important game—the game of life—since I’m having a tremendous amount of fun playing.

A versatile writer, David Boyle has written two short story collections, published by independent presses. Five of his stories have been adapted to film. In 2014 four stories from his second book, Abandoned in the Dark, were made into a full-length anthology film of the same name. Though he earned his readership by writing reality-based dark fiction, Boyle has gained a reputation for literary stories, essays, articles, aphorisms, reviews, interviews, analyses, travel writing, and poems, a good number of which have appeared in both print and online magazines as well as in anthologies. Discover David Boyle: http://www.facebook.com/authordavidboyle.