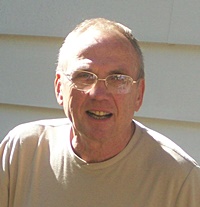 Rod couldn’t have told when he first noticed her through his windshield signaling him to stop at the intersection of the middle school. It wasn’t being stopped that annoyed him, but how she stopped him, that annoyed him. She was bossy. Two days ago, Rod started his job of driving Betty home after school from the hospital. Betty was a disabled adult who attended a program at the hospital that was on the school schedule so she got out the same time the buses got out. The shared schedule set up encounters between the crossing guard and Rod. She walked straight towards him and jabbed her arm out at him like a punch, and after he stopped, she spun on her heels like a ballerina, and waved the buses through. Rod was annoyed as the yellow buses flashed by him one after the other. What he didn’t appreciate, at least at this point, was how complex this intersection was. There was a two lane driveway going into and out of the school, a right hand turn lane in the road going into the driveway, the road going towards the hospital where Rod sat fuming, a left hand turn lane going into the neighborhood across from the school, the road heading in the opposite direction from the hospital, and the road coming out of the neighborhood. That’s six balls the guard had to juggle, and she did it with flourish and command. She waved and pumped her arms with great vigor while leaning over towards the motorist with pointed index fingers as if she had to conjure the energy and intelligence for the motorist to do what she asked.

When they disobeyed, she threw her arms in the air, incredulous, and exclaimed,
“It’s not that hard, people!”

Monday through Friday at about 2:25 Rod crossed the intersection, and some days they would interact, and some days they wouldn’t. If Rod hit it wrong, he arrived when she shut down all the lanes to let the buses out. After the buses cleared, she waved the right turn lane and the left turn lane until they cleared, and then, started the traffic in both directions, and Rod was on his way.

It started the day Rod was trying to beat the buses, and as he went through the intersection, she waved her hands up and down meaning: “SLOW DOWN!” Rod was insulted she criticized his driving. The next day when he went through, he looked at her, and read her lips, “Twenty miles per hour,” she said, and his injury was worsened. After this their relationship escalated when she walked straight toward his car and signaled him to stop with a stiff arm like a running back would give a tackler, while glaring at him until he did so. Rod felt belittled. The guard glared at Rod, and Rod wanted to prove he wasn’t intimidated, but lost his nerve, and dropped his eyes. To feel better about his humiliation, he nicknamed her “The Traffic Nazi.”  Rod thought of himself as a good person, and was somewhat ashamed of the thoughts he was having. He thought of saying something out the window driving by going fast enough so he wouldn’t have to deal with a response or giving her the finger which wasn’t much more mature than the passengers on the buses. He tried reflecting on why she annoyed him the way she did, and as best as he could figure, he didn’t like taking orders from a woman. He realized as well that if he was having bad feelings about her why wouldn’t it be reciprocal? It got so Rod believed she waited until she saw his car before she shut down the lanes to let the buses out. But then a funny thing happened. As he watched her he began to marvel at her command over so many others from so many different spots: one person on foot orchestrating thirty or forty people in automobiles and buses with split second timing.

Several hours after he drove through her intersection, he was picturing her in his head. It was her execution he found so remarkable. He thought about Samantha and how she always wanted to ask permission. “Do you mind if I change the channel?” “Is it all right to have peas with the steak tonight?” “Would it all right if I met Barb for a drink after work?” He smiled to himself as he pictured the guard charging out of the bedroom, and knocking him down, as she strode out the door to command fifty cars when to stop, turn, go. Like a general in battle there was no question, hesitation over her order. Like a matador after the kill, she strode to the parking lot regaled in the cheers of the crowd. He looked forward to seeing her tomorrow.

He saw the flashing blue lights and when he got close enough saw her talking to a cruiser. Traffic was stopped, and the cruiser drove off. She immediately took command, and let the buses out. As he watched her, Rod thought he saw a sadness in her face, but she spun away from him to direct in the opposite direction. The following night he read this in the paper: Disrespect for Traffic Guard results in citation.

A city traffic guard at the Foster middle school reported to police a driver who swore an epithet and made an obscene gesture after failing to obey a traffic direction. Based on the information provided by the guard, police were able to locate the offender at a residence and serve a citation. The name of the offender is withheld at this time.

Rod felt angry someone would treat her this way. Then he admitted he had feelings towards her that weren’t any different, but he further recognized he didn’t act them out. He thought being that authoritative, she would get people mad at her, and he remembered the sadness in her face. Samantha came into the room.

“Do you mind if I lower the shade?” she asked.

Rod sat across the table from Samantha.

“It’s only supposed to be in the fifties tomorrow,” she said. Rod ate corn.

“Is there enough butter on your corn?” she asked. Rod nodded.

“You won’t forget to mow the lawn tomorrow, right?” He pictured the guard in the middle of the intersection with cars and buses all around her with her left arm stiff with a vertical palm, and her right arm energetically waving cars to make a left turn with authority on her face.

“Maybe you should wait then.”

He saw the guard with snow falling and the wind blowing mowing in shorts and a tee shirt.

“Is your steak rare enough?”

“Would you come with me to the nursery while I look for flowers?”

“There’s a book sale at the library,” he said.

“Yeah for two days. Why can’t we go Saturday morning? You know I get nervous driving on the highway.”

“If you only knew,” thought Rod.

It was two days later he was the car she stopped after letting the car in front of him go through, and the car slowed down, and she went to the driver’s window to see if everything was all right, and Rod saw a tattooed hand grab her arm, and the car sped up so she lost her footing, and ended up on the ground. A bus drove in front of Rod to keep him from following the car, and he got part of the plate number. He thought it was a Dodge Dart. He got out of his car, and went to the guard, and helped her up.

“Get back in your car,” she yelled.

“But I’m a witness. I have part of the plate number.”

“Get back in your car. You can’t block the intersection.”

He went back to his car, and drove to the hospital to pick up Betty.

Sergeant O’Toole sat behind the wooden desk. He had red hair.

“I saw the man grab her arm and knock her to the ground.”

Sergeant O’Toole wrote on a clipboard. He looked up from the clipboard.

“The plate numbers were 178-62 and I don’t know the last one. It looked to me to be a Dodge Dart or something similar. Didn’t she have an incident with some guy?”

“What ever was in the paper.”

“I would be willing to testify.”

“How did you know it was a man?” asked O’Toole. Rod froze.

“Thank-you for coming in. We’ll contact you if we need anything further.”

It was a couple of days later he saw her. He turned down the soup aisle in the market, and she was pushing a cart with another woman. He froze, and watched the women. They warmly interacted; he saw the tattoo. “Now I know why she was sad,” he realized.