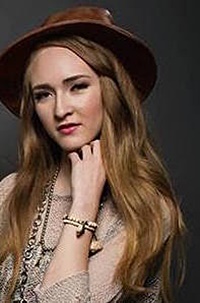 Though I was only eight, I still remember my mother’s approach to the facts of death. It was like any other day in August. My best friend, Nikki, and I had on our matching pink and green bathing suits. As usual, we were in the backyard making chocolate mud pies, joking and arguing over whose was the best and most ribbon worthy. We continued on for some time, giggling and bathing in our mud baths, until my mother came to me.

She held the phone in her right hand, her left pressed hard against her lips. Dry tears and streaks of black stuck to her rosy cheeks, exposing the bare skin beneath her powdered foundation.

I stood up, my legs covered in mud and tears building up in my eyes, not because of the undefined news but because like most children, I adored my mother, and nothing broke my heart more than the sight of my mother’s tears.

“Don’t cry momma,” I said, running to her, burying my face in her freckled chest.

As vague as it was, I knew what my mother meant by “she’s gone.” I had heard about this thing called death and yet, the reality of her death did not phase me. But when the day of her funeral came and a sealed, oblong brown box stood before me, I was faced with the reality of my cousin’s death. At first, I did not understand why she would not come out to play. I did not understand what my mother meant by “She’s in Heaven,” or why I could not visit her “in Heaven,” not even for my ninth birthday. And I could not quite wrap my eight-year-old mind around the fact that I was not able to see her one last time—to say goodbye—because she was “too badly hurted” for my eight-year-old eyes to see.

As I grew older—older to the point where I understood the meaning of death, or rather, the definition of murder and the circumstances of her death—I could not understand how or why someone could do such a thing and still, after the fact, toss her body like a Raggedy Ann.

For years, I have repressed my late cousin’s death, thinking nothing of her killer, seeing no worth in him. The pain still devours my soul, like a paralyzing numbness in my heart. I still cringe when I hear his name and when he makes an appearance in my dreams. And the very idea that he only received thirty years for taking her life uncovers a different, a less controlled and heated, side of me, especially when I am reminded that he will be out of prison in less than twenty years.

So why exactly am I doing this? Why am I writing about him? To be honest, I don’t quite know what I am looking for. Certainly, I am not waiting for a moment of enlightenment or understanding of why he did what he did but perhaps a process of the latter. With that being said, this short narrative is my attempt of understanding—of humanizing Tara’s murderer.

The day Gordon Grey had revealed his secret was the same day he jumped off the Ellington Bridge. In the time before the fall, he had aligned his bare feet to its very edge. What laid behind were his clothes, tattered and soaked with the blood of his victim. He moaned in disturbance, noticing the specks of red that still remained on his glasses. He proceeded to wash them with spit. “That’ll do,” he muttered as he pressed the weathered frames back against the bridge of his nose. At last, stripped and lain, he had finally escaped from the echoing cries of his mind. Heartless to say, he felt no feelings towards the day’s event; for he was fixed in a trance of disbelief.

He watched as the moon made its daily end, himself descending from a high. As the night went on, he grew into a panic, realizing the state of his position. “The body, the blood, all of the blood. I have to get all of this blood off,” he hissed to himself, picking at the scabs on his face. A momentary rush of wind brushed up against his broken skin, filling them with an unpleasant, burning sensation. He continued to peel back and create new wounds—that is until he heard the pleasant sound of a familiar voice, a voice that reminded him of his younger brother, Jayden, when he was a child.

“Gord?” the small voice uttered from behind.

He quickly turned towards the voice, which revealed to be a small boy in Spider-Man pajamas—Jayden’s favorite superhero. Indeed, it was him, Jayden, in the flesh.

“Gord?” the boy yawned as he walked barefoot towards his brother.

“Jay?” he said softly. “What—what are you doing here?”

“I’ve been looking for you,” the boy answered in a sweet tone. “Where’ve you been?” he asked, looking down at the blood-stained clothes.

“Gord?” his voice softened, “What is that?” he asked, pointing at the clothes.

“I—I,” he continued to stutter.

The boy’s eyes grew big, “What—what did you do?” he stepped back.

The boy stepped back once again. “What did you do?” his voice cracking, tears filling his eyes.

“What did you do?” he raised his voice, pushing him away.

“Jay, please!” he cried as he covered his ears and shook his head. His heart began to pace forward, skipping in beats of twos and threes, until he could no longer catch his breath.

He pulled himself away, off and towards the sea below. As he made his descent, his time in midair appeared to accelerate as though time was a broken dial or timer of sort. And when that timer went off, in an instant, he was fully immersed and made one with the bay. He quickly barreled down the abyss, where shadows blend and lies begin, hitting its surface and coming to on his bathroom floor. A pool of water surrounded him, the tub overflowing and spilling.

It did not take him long to realize that it was all but a conscious dream, or rather the result of a near overdose. Perhaps it can be said that the dream was a hidden door in the deepest and most intimate sanctum of his soul, which opened to that primeval cosmic night that was soul long before he was conscious and will be soul far beyond what his consciousness could ever reach. It should be known here that Grey, an unemployed twenty-two-year-old, experimented with drugs.

Grey was born just East of the Anacostia River in the “Chocolate City,” or what most know as D.C., where the percentage of teen pregnancies far exceeds the rate of high school graduates. Located in the inner pocket of the city was a neighborhood called “The Springs,” from which Grey belonged. The Springs was a small neighborhood, nearly populated with two-thousand people. It was common for children to roam the streets during the months of June and July. The Springs offered no other alternative to playing basketball, and when that grew tiresome, they created the havoc that The Springs’ children did. In other words, drug use was a sort of sport, and Grey had started early on in life, so he was good at it.

Sure, you could say he was like most young men his age, but besides the former, he was not like the rest. You see, Grey had a bucket list, but it was no ordinary bucket list; he kept it neatly folded and tucked under a shoe in his closet. Fearing that someone would find it, he only brought it out at night. The florescent light of his desk lamp would guide him as he sat hunched over his cedar desk, re-reading and adding to the ten-page list for hours into the next day. And on the first page of that list was a startling wish. Scribbled in black ink, it read:

And on one Sunday in July of 2005, Grey crossed this item off his list. Though, aside from this document, he would not claim the following to be premeditated. Instead, he would simply claim to have jumped at the opportunity to complete the task. It was no more than a poor coincidence that she, his fourteen-year-old victim, had crossed his path that afternoon in July.

His body laid face up on the cold white tile. Motionless, his eyes half shut, he gathered his thoughts and attempted to recount his steps before the blackout. He continued in a trance, almost paralyzed, not knowing, or caring for the surrounding flood.

The cold surface of the wet tile pierced through his veins. His body shivered, and he brushed his hand up against his head, rubbing his temples. He groaned, raising his head, pulling himself forward and up, supporting himself with the molded shower rail. He proceeded to turn off the faucet and stumble to the bathroom mirror.

He stood before the mounted mirror, his lip bruised and swollen from the fall and his hollow black eyes looking back at him. He bit his lip, sucked off the dry blood and turned away from himself, looking at the floor.

He placed his left hand on his forehead, “Agh… Shit,” he mouthed. This had happened before, more than once.

Reaching into the cupboard above the mirror, he grabbed a towel and tossed it onto the ground. He entered his room in search of a clean pair of clothes but quickly gave up. The room was far from orderly. Stacks of magazines and piles of video game cases surrounded his bed. The baseboard molding had been out of sight for more than a few years, as was the space between his mattress and the floor. It was stuffed full of dingy clothes; he did laundry less than twice every three or four months. For Grey, to clean was to go a day without shooting up. To put it simply: he was not up for such an endeavor, not today.

No one was home, so he made his way to the stash he kept hid in the shoe next to his bucket list. He lit his pipe and threw on a worn-out pair of sweats and one of his many bleach stained crewnecks. He exited the house, leaving the mess behind and hopped into his old sedan.

He drove up and down the plains for quite some time, flying high at 90MPH. When the empty light went on, he drove to the only gas station in town. The engine sputtered as he forced it to an abrupt stop, spotting the figure of a young woman in the rear-view mirror.

There she was, Tara, exiting the market with a bag of Hot Cheetos in her right hand and a bottle of Coke in the other. He watched as she walked off the lot, waiting for his tank to reach its halfway point. When she grew distant, he started his car and proceeded to follow her, casually pulling over as they made eye contact.

Gabrielle Morales is the daughter of a migrant worker from Jalisco, Mexico and a farmer’s daughter from rural Oregon. She is an undergraduate student attending Northwest Christian University where she studies English. As a first-generation college student and Gates Millennium Scholar, she aspires to teach adult literacy. This is her first literary publication.