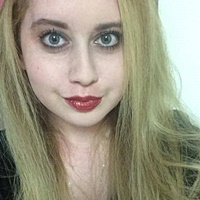 THE AUCTION
by Mandi Jourdan

She must have had grandchildren.

That was the only explanation I could offer for the white plastic car with the blue-and-red stripes sitting atop one of the cardboard boxes on the lawn.  I had never met the grandchildren, but then again, it wasn’t as though I’d had any real place doing so.

The gray sky mirrored the despondency that had settled within me.  I folded my arms, hiding in my sweatshirt from the chilly fall day and the hollow feeling it brought with it.  I turned away from the boxes and toward the other people gathered; most of them were congregated around two central figures, one with a microphone and the other holding a small, wooden stool over his head.

“One-dollar bill, one dollar,” said the man with the microphone.  He spoke so quickly that his words slurred.

A woman near the front of the group held up a small white sign with the number “9” written on it in black marker, and the man with the stool pointed to her.

His companion pointed to someone else, near the middle of the crowd.

I turned from the scene and resumed my gradual circle of the yard.  My eyes fell on the rake propped against the white, wooden shed, and my stomach churned.

I remembered seeing her rake the front yard last fall, gathering the spiky gumballs that had fallen from her trees.  I remembered asking, at the coaxing of my parents, if she needed help.  I had been apprehensive, not from a lack of a desire to help her, but because I didn’t really know her or whether she would want my assistance.  She had politely declined and continued raking on her own, with difficulty visible even to me.

Now, I looked away from the rake, away from the wheelbarrow and garden hose, from the tables and chairs and the pictures that had once hung on the walls of the now-empty house.  There was something wrong with all of this.  Why was everything being sold? Didn’t her family want it?

My own family was standing near me.  I overheard my parents talking and noted that they were looking at the woman holding the sign with the “9” on it.  She’d amassed a small pile of items from picture frames to teapots.  I glanced back at my father, who nodded toward the woman.

Mandi Jourdan is the co-editor of Whatever Our Souls and the co-founder of Bloodstone Press. She graduated from Southern Illinois University at Carbondale with a BA in English/Creative Writing. Her prose has appeared or is forthcoming in four anthologies by Sinister Saints Press, Aphotic Realm, 9Tales, Digital Science Fiction, and The Colored Lens, among others. She can be found on Amazon and on Twitter (@MandiJourdan) or at bloodandtalons.wordpress.com.