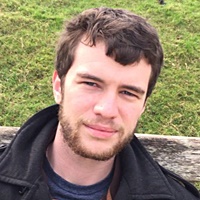 The first thing Jack did was open the window. August’s hot, humid air mixed with the downtown smell of Boston’s Washington Street drifted into his dry apartment. He looked out at the city’s downtown and for a moment felt successful in his suit and tie.

The feeling past and was replaced with aimlessness so Jack walked over to his fridge and opened it before closing it again and sitting down at his kitchen table.

His laptop lay closed in front of him from the night before. Feeling a burst of productive energy Jack opened it.

The face in the pictures on the screen shocked him back into resignation. Leaning back in his chair, Jack resumed what had he had been doing the night before, scrolling through pictures of his dead friend.

Jack had a lot of pictures. Their friendship spanned what was thought to be a quarter-lifetime. The younger ones were the hardest to look at. Seeing them made it seem like a child was buried yesterday afternoon. Jack’s hand went up to undo his tie while his focus lazily blurred, but he stopped himself. Instead, he reached into his pocket and took out his cigarette pack. He was about to light one when the social unacceptability of indoor cigarettes focused his eyes. Jack fixed his eyes on the lighter that seemed to be at the end of his nose and the white speck above it he knew to be the cigarette.

He flicked the lighter and took his first puff. After his second, he dismissively tossed the lighter over his laptop and across the table. The lighter landed as Jack arched his neck and stared at the ceiling.

The cigarette stuck to his lips from the drying saliva. Jack took soft puffs while staring at the ceiling, watching the smoke drift up, becoming thinner and thinner, then fading away.

It was funny he hesitated to smoke what he wanted in his own home. People at the reception hadn’t liked him smoking either.

He had smoked outside with both hands in his pockets, looking in through the glass door at the banquet. People had given him dirty looks for his vice as he stepped out while they gulped down his friend’s poison. All of them laughing joylessly, crying, or eating solemnly for the sake of finding closure and starting the healing process.

It had been a nice funeral though. The father, standing proud in front of the coffin, spoke strongly, and the sister who did her best to appear so, spoke sweetly. Then after the priest had given his prayer with might and preached love and forgiveness instead of condemnation.

The day had been nice too. The sun had been bright in a cloudless sky while breezes drifted strong enough along to ignore the humidity. It was so nice that Jack’s body had tried to fool him with comfort while that beautiful box carrying its ugly reality went into the ground.

The cigarette was coming to an end. Jack lifted his left hand up and plucked it out of his mouth and without moving his head jammed the cigarette onto the table. The smoke from his last inhale drifted up like the others, getting thinner and thinner, before seeming to disappear very suddenly.

Jack sat up wishing he had something to do. He knew everyone at work was being nice when they had told him to go home. They had told him he didn’t have to come in today and he had mistaken that for an option.

This was his first time alone since he had heard.

When Brendan had called to tell him, Jack ran over to everyone else. Brendan’s girlfriend had been beside herself when Jack arrived at his friend’s apartment. She had been curled in a ball on the couch crying hard enough to dehydrate her. Jack didn’t try to console her. Instead he went to Brendan who was using all the strength he had for her. Then later he went to Danielle who wasn’t getting enough attention because she couldn’t cry yet.

Danielle had stayed with him the next week on. She slept in his apartment and in his bed, but not with him to neither of their disappointment. They went to work then came home where they would order pizza or Chinese while they watched movies and Jack held her each time she was ready to cry.

Now Danielle was at work. She wouldn’t be back for a long time. Jack’s eyes drifted back to his computer. The walls of his small apartment seemed far away. Thick space was all around him weighing him down in his chair. The picture on the computer was the two of them at a wedding. They were eight years old. Jack didn’t really remember the wedding but knew its footage well enough as if he did. In the picture, the two of them had opposite arms around each other’s shoulders and making silly faces at the camera.

Jack couldn’t remember what he was thinking when that photo was taken. He knew those thoughts were there, floating somewhere in the ether of his mind, affecting his thoughts, feelings, and beliefs in some minuscule way. That wasn’t true for the other person in that picture. Every thought he had that day, and the next, and every day after, up until just last week had no home anymore. They were gone. They had left the rigid soulless body he had seen in that casket and had entered the eternal void of nothingness. No longer could Jack reach out and touch any part of his friend. It didn’t matter that it had been an accident that took him, the worst possible outcome from the overindulgence of this toxicant, albeit a frequent occurrence. It was all the same. Even in his own death, Jack would just be sucked into nothingness as well. There would be no joyful reunion. Just nothingness waiting for him like every living thing no matter how sentient, eventually just gasped its last breath and left.

Jack imagined a swirling black stormy vortex. He knew that was too romantic, but he imagined sparkling pixels in the shape of the man he knew, the essence of his friend, drifting up into it before mercilessly whirling around until he was an indistinguishable part of the whirling vacuum. He wanted his friend to come back out of it. Even just to say one thing. Jack started to shake and put his face in his crossed arms on the table. Loud sobs shocked his ears while his mind pleaded it all wasn’t so. That it was going to be all right. He would see his friend again and be happy. He started to apologize to the air in between each loud choke, which eventually devolved to indulgent goodbyes.

Eventually the sobbing stopped. Jack rose. He wiped his eyes and looked at the picture again. The pain was still there but affection was now creeping onto its borders.

Jack scrolled through some more pictures wearing a sad smile. Then he shut his laptop.

Jonathan Maniscalco is a Boston area native who became an ESL teacher after getting his Undergraduate Degree in English Literature. He now works in Japan. In his spare time he does interviews and edits part time for the Boston based Literary Press: Pen & Anvil.