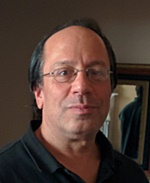 You boast of virtuosity,
yet find yourself in dubious alleys
dressed like a banker so as not to
play the part of a poet or of a
bohemian because you are not Pound,
the drum of your heart distracting,
the women there a curiosity,
and you hear yourself wondering
with a faraway echoing voice
somewhere inside you, in the hollow
in which the soul resides, that deep
recess, if they would they want you
if you were poor. You are enamored
with the lowly, buoyant in your hope
that they could be besotted
with you, too. You sense that you
have yet to live your life,
but still choose to live it slowly,
convinced you are saving yourself
for something holier than flesh.
If they knew who you were,
if they heard your words, you would be
a deity among them. They would cry,
Divinity. But you know who you are:
a sinner like the lot of them, you
who would dare not barter what was earned
or gifted for a pound of flesh, you
who would be disappointed if the women
showed you any marks of virtuosity.

There are events that cannot be wished away.
How often is a coroner unsure?
Or the detective knocking on your front door
late at night—is he sure of what he will say?
Good news does not come early in the morning.
The startle of the doorbell is our warning.
First whispers, then the inevitable shout.
One of us blames God and the other blames doubt.

Failing to Revive My Mother

Who among the sane looks to be heroic
and longs for the occasion to give his
breath to one who is not his lover? Who
claims to find glory in reviving the dead?
And if the dead is stubborn and finds glory
in death? Death is the living’s last achievement
and she will not be robbed of it. I saw her
chest rise and fall. Is not that the evidence
of life? But I was breathing for two. When I
stopped breathing to perform compressions, she
ceased breathing. In war, soldiers are heroic
in defeat. Such a peace is not found in sons.

Because he did not want to be found wanting,
the stories of his successes still falling
from the lips of his siblings, who believed, and
because he did not want to be seen ailing,
the body in the photographs he sent them
younger than his actual years, his waist slim,
his back straight, his forearms veiny and thick,
he simply said he would be backpacking
in Europe, the lie rich people tell when
their children were really in drug rehab
at Betty Ford, all the while wondering
why any of them would want to visit
him after he refused to share any
of his imaginary wealth with them,
even as they begged, and, though he feared to die
alone, it was a better alternative
to disappointing them as he had when
he was young and spoke irritating words
about dreams while—and this was his great sin—
he was awake, in the hot afternoon,
boasting about the great man he would become,
without a drop of sweat on his body.

I cannot discern the voice in the speaker,
but in the moments when I turn away
from you and glimpse again into the real world,
I see it is almost time for me to
get off. I am loneliest above ground.
I reach for you, but not with the intentions
of the perverts who press up against you
and who plot to ride when it is standing room
only. I do not know what it is I touch.
Do you not resist because, like me, you care,
or because, like me, you have stopped caring?