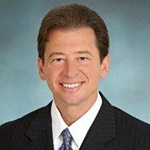 THE FINAL WATCH
By Jonathan B. Ferrini

Interstate 8 climbs west out of the Imperial Valley and twists through the rugged mountains upward into East San Diego County. My name is Tommy and I recently graduated from the Border Patrol Academy. I’m assigned to work the graveyard shift at the Campo checkpoint along Interstate 8 which is 65 miles west from the Mexican border crossing and fifty miles east from San Diego. The checkpoint is surrounded by rugged, isolated terrain accessible solely by four-wheel drive vehicles. Thousands of vehicles pass through our checkpoint daily but you wouldn’t realize it working the graveyard shift as wild animals outnumber the vehicles.

My Senior Agent and mentor is Ben who reached mandatory retirement age. He loves his job and is a widower without children. He is kind, fatherly, and enjoys telling tales of his storied career more than training me. His rotund body is showing wear and tear. He has a limp and bouts of memory loss. Ben’s faithful partner is a drug sniffing German shepherd named “Ruger” who can hold his own in a brawl. We spend most of our shift relaxing in recliner chairs and keep a cooler filled with soft drinks and water. Ben and Ruger nod off from time to time which I don’t mind. Our office is a small trailer. It’s a full moon tonight and the sky is full of stars. A breeze is kicking up the fragrance of the chaparral.

It’s 0230 and Ruger barks. Ben wakes and grabs the binoculars looking east down the freeway which is dark. “It looks like CHP Officer Wally is on the beat”, Ben remarks.  Although I see nothing, I won’t question a Senior Agent. Ruger is barking relentlessly and dragging Ben to the checkpoint. Ben says, “Hand me a Coke for Wally, Tommy.” I comply but remain dumfounded. The checkpoint is lit with floodlights but I see nothing. Ben and Ruger cross the two lane freeway to the checkpoint.
Ben crouches down and leans as if peering into a vehicle to speak to a driver. Ruger stands on both legs and Ben holds him close. I watch in disbelief as Ben holds a conversation with an apparition.  Ruger barks and pulls Ben towards our chase car. Ben yells, “Wally just received a radio call to respond to an overturned tanker truck at mile marker 4.  I’m going to assist. Man the fort!” Wally and Ruger race down Interstate 8 with lights and siren. I’m tense and confused. I radio Ben who doesn’t answer. To my relief, I hear Ben request radio assistance from CAL FIRE Station 44, “Overturned fuel truck on fire. Driver trapped. Assisting CHP Officer Wally. Send fire engine and ambulance.” Within minutes, CAL FIRE Engine 44 and an ambulance race by the checkpoint. I run to our four wheel drive truck and speed towards mile marker 4 to assist.

Mile marker 4 is several miles west from the checkpoint. I see Ben’s chase car emergency lights flashing ahead and his chase car is positioned across the two lane freeway as a safety measure to prevent vehicles from approaching. A coyote darts from the brush, crosses my lane, and disappears into the wilderness. I swerve and narrowly miss the animal but at ninety miles per hour I struggle to gain control and keep from flipping. I maintain control of the truck and park but don’t see Ben or Ruger. There is no overturned tanker truck. Engine 44 is parked alongside the freeway with its emergency lights off. The ambulance is leaving empty. A masculine, calming voice calls to me, “Up here on the bluff, kid.” I climb up on to the bluff and meet Chief Johnny of Engine Company 44. He is tall, thin, and has a thick mane of silver hair and handlebar moustache. He is handsome and I suspect many are happy to be rescued by Johnnie. “Call it a night fellas”, Johnnie commands his men who conclude their search for Ben and Ruger.

Johnnie asks, “What’s your name Agent?” I reply, Tommy, Captain.  Johnnie places his arm around my shoulder and raises his head towards the sky remarking, “You can practically count every star”. I’m flustered and quivering.  Johnnie holds me tight and looks me in the eye. In a hushed voice he says, “About thirty years ago, I responded to a tanker truck fire at this very place. Ben and CHP Officer Wally were attempting to extricate the driver. Just as we began spraying the tanker with foam retardant, it blew into flames. The driver was pulled to safety, Ben suffered singed eyebrows but CHP Officer Wally burned to death. There’s no earthly explanation for what happened here tonight but I’ve seen it before. Agents like Ben never forget losing a fellow officer. When their time to die comes, they prefer it occurs doing the job they love and choose to vanish forever into the wilderness. The San Diego Commander of the Border Patrol and I go way back. I’ll call him tonight and explain everything. He’ll understand”. Captain Johnnie and I walk down the bluff to our vehicles. Captain Johnnie waves as Engine 44 returns to the firehouse. I park Ben’s chase car alongside the meridian and will retrieve it later.

I return to the checkpoint confused. I stare at the star filled sky and learned tonight life holds many secrets. I miss Ben and Ruger and will never forget them. I hope they are together in a better place. Across the freeway a lone coyote exits the brush, sits and stares directly at me. Our eyes meet for a moment and the coyote belts out a howl before returning to the wilderness.

Jonathan Ferrini is a published author who lives in San Diego. He received his MFA in Motion Picture and Television Production from UCLA.