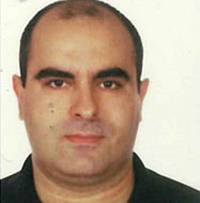 Big Brother society,
did you really believe
that the business could be relaunched?
Toss them, God, a circus
(and a love for the poor old maids?):
fame replaces prestige,
the idea the proposal,
the clever the intelligent
and scandal the fruits of labor.
There is no more “adolescence”,
as most adults don’t have the maturity
that adulthood used to require.
Today one has to be “progressive”.
In the media,
talking heads with internal conflicts,
about their sexual conditions,
follow the rules of “freedom of expression”
(and modesty is as archaic
as a handwritten letter).
The forecast is rain all day.
They should have consulted it.
Be careful.

Don’t waste any time, Sir,
without sharing your bullshit opinion.
Although they don’t pay you for it.
Be brave.
Don’t turn yourself into a mere extra in your own life.
Take off the mask.
And step forwards.
You waste your time, Sir,
if you don’t share your darkest depths.
Nonexistent time does not generate,
among other things,
argument, noise, controversy.
The world can’t survive
without your bullshit opinion.
Get out of your comfort zone,
to join a war forever.
A myriad of prophecies.
Any one of your thoughts is crucial.
Why, then,
check that your brain is switched on?
Don’t consider it.
Share it.
Make it public.
Or are you not, perhaps,
superior to the rest?
With everything set out like this,
a face to face conversation,
a written letter,
even your mobile phone,
what are they for?
Sometimes everything has to crescendo
(spare yourself, yes, that call).
“Begin your own tradition”
has been the slogan,
for twenty years,
of a well-known luxury watch brand.
That. Don’t let the watch stop.
Begin your own tradition.
Don’t show up late to your party.
And be an example for your race.
The masses,
the social networks,
they need your bullshit opinion.
And maybe accompany it with photographs,
with videos,
with moments?
You, Sir, have a right,
maybe constitutional,
to share your bullshit opinion.

I asked my girlfriend to leave the house.
She took the things I had given her.
She took the things she had given to me.
She was always very fussy.
What was mine was ours
(and what was hers, hers).
When I came home that night, there was no light.
She had taken all of the bulbs.
So I turned Buddhist after that breakup.
Next time nobody will have anything to take.

My arsenal of excuses is closed,
I am going to stop making myself suffer:
now, right now,
I concentrate on those so many infinite gasps;
those remote twilights, exorbitant instants
(with the arrival of drugs,
new Baudelaires appeared,
writing in the corners of time).
I also bring together
so many journeys without a compass,
with those girls,
all of those girls,
and with my Mediterraneans
on this side of desire
(have the clouds covered them?):
to build, finally, at the zenith, Utopia,
comparable to the cosmos
and with the color of your eyes.

TS Hidalgo  holds a BBA (Universidad Autónoma de Madrid), a MBA (IE Business School), a MA in Creative Writing (Hotel Kafka) and a Certificate in Management and the Arts (New York University). His works have been published in magazines in the USA, Canada, Chile, Argentina, UK, Germany, Spain, South Africa, Botswana, Nigeria, India and Australia, and he has been the winner of prizes like the Criaturas feroces (Editorial Destino) in short story and a finalist at Festival Eñe in the novel category. He has currently developed his career in finance and stock-market.