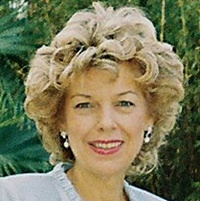 “Did you hear that?”

“What?” he said, his voice muffled by a pillow.

The children were finally asleep. They followed a nightly ritual. She would tell them stories, sing to them. They would resist sleep. Sometimes, she would recite Shakespeare, Roman or French poets. “La chair et triste, hélas!” she would coo, “et j’ai lu tous les livres.” Though they could not understand the words, she hoped that they would respond to the cadence, the rhythm, her enthusiasm. Finally, they would seem to drift off and she would begin to tiptoe out of the room.

It was usually the older boy, driven by some unseen anxiety.

She would return, read some more, wait and quietly slip out.

“Hear what?” her husband asked after a while.

“Television. They said something about “Acquired Immunity Deficiency Syndrome”

“Listen. There is no cure.”

“And Haitians are impacted,” the commentator said.

“There are a lot of Haitians in south Florida,” she offered.

“Lower the volume,” he said, lying back down and turning over.

She continued to watch and listen.

Images of emaciated men with purple blotches on their skin flashed across the screen.

“They’re dying!” she thought and shuddered with concern and fear.

The next day she drove the children to school, attended a court hearing, then walked to her law office.

“Wouldn’t you like little Johnny to wait in the waiting room?” she finally said, interrupting a woman relating a story of spousal neglect and abuse as her son sat next to her, his legs swinging back and forth.

The woman looked at her.

“I am sorry. It’s my policy not to permit others to be in the room when I consult with clients. He will have to go.”

Reluctantly, the woman told the boy to leave.

The day went on.

“Donna!” she called into the intercom. “Come here, please.”

“Why does our insurance agency have a new name?”

There was a long silence.

“Didn’t your husband tell you?”

“He had pneumonia, I heard.”

“I don’t understand. He was in great shape. He worked out. He went to the gym all the time.”

“When was the last time you saw him?”

“I don’t know. A few months ago. He has all our insurance. The house, cars, the business.”

When was the last time you saw him?”“

“Thin? He was 32! He was a body builder! His agency was a tremendous success. He was our friend.”

In the weeks to come she heard little about Russo. Though he had hundreds of clients and many people liked him and recommended him to others, no one seemed to know much about him.

She realized that he had been an intensely private man.

“He was so beautiful,” she told her friend. “Who dies of pneumonia at 32?”

“I never knew. I never imagined.”

“Try being gay in this small town.”

Then, for the first time, she shed tears over the death of a young man who had suffered a fatal illness alone, his fate hidden from nearly all who knew him.

In the years to come, others died. They seemed to fade from view and an obituary would appear often stating that they had succumbed to a “long-standing illness”

A mysteriously transmitted disease was a now a factor in her life and community.

The news was full of theories.

One day she heard an announcement that “Haitians” had been dropped from the profiled groups.

Intravenous drug users, homosexuals and hemophiliacs were at the greatest risk, they were told.

“At least we don’t have to worry about anything,” she commented to her husband.

A half smiled played on his face.

Elaine Rosenberg Miller’s essays, memoirs, poems and short stories have appeared in JUDISCHE RUNDSCHAU, THE BANGALORE REVIEW, THE BINNACLE, THE FORWARD, THE HUFFINGTON POST and numerous print and online publications.