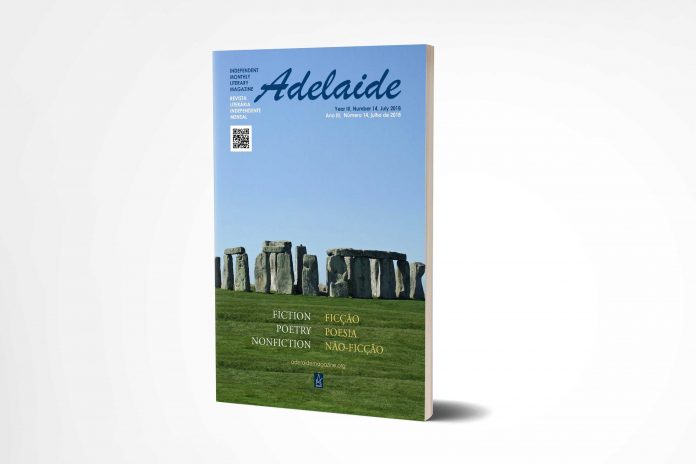 THE NEVER-ENDING WINDOW
by Matt Ingoldby

It was sometime in April when I returned from the clinic for a period of rest. My uncle had agreed to pay rent in my absence, but not to look after the place, which was as dismal and chaotic as I’d left it. I made some dutiful attempts to tidy up, but only as much as was needed to sit down at a clear desk and begin the grand project I’d conceived while inside the clinic.

Beginning today, I intended to produce a uniquely exhaustive autobiography, quite unlike anything written before in terms of scope: A single life described so comprehensively, and in such rigorous detail, that no aspect of human experience would escape it. I set a blank stack of paper before me and wrote my title on the first: A Grain of Sand.

Such a task, I recognised, would take more than my lifetime to complete. That much would fall to my successors. I was merely to lay the groundwork for this vast undertaking, akin to the mapping of the human genome.

My research began well. I tracked down historical images of the hospital where I was born, and filled six pages with descriptions of its architecture, colour, and environment (though even this, I knew, was insufficient.) Just before midday a square of sun fell upon the desk and matched the edges almost perfectly; this seemed to me a good omen, and a cue to continue my research into the night.
June soon laid waste to the city outside, and my room took on the climate of a greenhouse. The window had warped in its frame, and would not open. Days became unbearable: I couldn’t think, could barely move; I lay in a cool bath, moaning.

At last I resolved against type and sound medical advice to seek outside help. I found the number for a general household repairman. He arrived the next morning full of practical vigour, with a toolbox so bulky it required both of us to manoeuvre it upstairs. He strode through the clutter and tugged at the stuck frame, talking a mile a minute; I gathered he could feel my awkwardness.

At last he stood back and whistled. I knew it with dread: The whole casement would have to be replaced. The welfare I received for mental incapacity would not cover this; I thanked him and apologised for wasting his time.

Taking pity on me, the man proposed to fetch his team and carry out the work at once, and I would pay only what I could. I agreed with awed gratitude. I asked him then if I might continue to work in the room while they replaced the frame. He said he didn’t mind and left, vowing to return within the hour.

I had just re-entered the trance of my research when a knock at the room door re-woke me. I welcomed a number of men to the room (how many I could only tell once they were inside) who requested tea with sugar. When I returned with the tray, I did not recognise a soul, and left the mugs quietly on the workframe. Coming in then was a man with a plank of wood, which he unfolded into two, then four, of equal size to the first, until I looked away. Meekly I sat at the desk and attempted to resume my work.

But the scale of my labour, once thrilling, now weighed almost physically upon me. Every word I wrote seemed depthless, every sentence lacking all that I had hoped to capture.

I raised my eyes from the page to an orgy of activity. There were, at first glance, far too many workmen to fit inside the room, and yet there was space for us all. I stood up unheeded, saw numerous helmeted heads descend from the ceiling and sway there, loudly chattering. A square of floor where the carpet was drawn back now swung open, and more men rose through it, marching to a military drum. A spanner turned and so, imperceptibly, did the room. A ladder scrolled across my vision and continued for a long time; longer, certainly, than would seem to fit in end to end. I looked for a window, but could see none, although the space was airier and lighter than before. A hail of infinite sparks hid the instrument that made them. I saw suddenly a room that was my own, and another beside it, and many more, as many as there were angles to observe it; and in one there was a window that was jammed, and in the last, (for it stood to what reason I had left there should be a last,) would be a window that was new and open. But this room, I realised, was impossible to reach.

A powerful dread possessed me. I reeled and closed the door, not knowing whose room lay behind. With the vaguest intention to return when work was over, I wandered downstairs and outside. At the road I risked a glance over my shoulder.

The same bricks held a new frame; and through it, gazing blankly at the sun, I glimpsed my successor. He opened the window.

I was found unconscious beneath it and returned to the clinic soon after. My notes were never recovered. I do not know what became of the room with the window, or how it would appear now. I expect it has changed.

Matt Ingoldby works as a copywriter in the UK. His stories have appeared in The Pennsylvania Literary Journal, The Next Review, the Lowestoft Chronicle, Existeré, Octavius, Crimson Streets, Story & Grit, and one or two anthologies, working his way up to a novel. He is an active member of the Waterloo Theatre Group, and a keen runner. He currently lives in London.