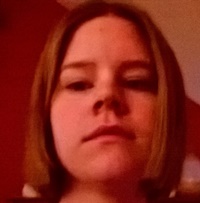 DOLPHINS, AS A METAPHOR
by Justine Cadwell

A dolphin’s smile is the greatest deception. It creates the illusion that they’re always happy. – Ric O’Barry

What would it be like to sleep at the bottom of the ocean? As a young girl, my favorite scene in the movie Mermaids showed a blasé bedroom transformed into a magnificent sea. A rotating lamp sat on the floor, projecting sea creatures onto freshly painted dark blue walls.

On family trips, I gathered seashells of various shapes and textures. Shiny marine treasures decorating the perimeter of my aunt’s hot tub caught my eye, and she showed me how to carefully crack open a sand dollar, revealing the tiny white “doves” inside. My parents owned a large peach conch shell, displayed on a book shelf in our home den. I held the opening over my ear, reveling in the emulated sound of distant waves. Anything related to The Little Mermaid warranted my attention. In the bathtub, my yellow and blue striped Flounder toy sprayed fountains out of his mouth. At school, I sported Ariel sneakers. I collected dolphins: sculpted figurines of various materials, a small stuffed replica.

Dolphins represented the epitome of everything I wanted to be: majestic and pure, intelligent and kind. Anxiety created chaos within my body, but dolphins appeared immune, shining brightly as a symbol of harmony. In conversations with others, I made sure to clarify that dolphins were mammals, not fish. In my mind, this granted them additional validity for appreciation. I purchased a dolphin adoption kit at Natural Wonders, my favorite New Age store, and proudly displayed my adoption certificate in my room.

At Sea World, I sensed a magical atmosphere. The dolphins seemed happy, smiling as their fins propelled their curved bodies along the tank confines. I fantasized about swimming beside them, of touching their smooth silver exterior. Maybe I’d be a dolphin trainer when I grew up or an oceanographer. I imagined the beautiful art I would capture: their glorious bodies gliding through crystal turquoise waters amid a backdrop of vibrant rainbow coral.


I formed a growing awareness of our dying planet, the plastic clutter and toxic chemicals permeating our oceans. Envision the scene from The Beach where blood mars the former pristine white sands, the sparkling aqua shore. Dust settled over my tiny dolphin statues. I donated most of my collection to Goodwill, leaving my unrealized dreams at the bottom of cardboard boxes.

In 2007, I returned to Sea World as an adult, and magic no longer filled the air. My Mecca of wonder seemingly transformed into another example of rampant consumerism. Before scheduled shows and while walking the grounds, products were advertised over the loud speaker. The vast tanks I marveled at as a child seemed dirtier, smaller. The glass panes appeared thicker, as if the creatures existed in a separate realm, no longer within my reach. The animals looked less happy or maybe I was projecting? Cynicism now tinted the rose-colored glasses of my youth.

In 2009, The Cove documentary was released, showing film footage of gruesome dolphin hunting in Japan. I watched the film in horror, salty tears stinging my eyes. It’s not a film for the faint of heart, especially those who revere dolphins.

I learned dolphins are more complex than their peaceful stereotype implies. There is a widespread myth that male dolphins are “rapists”. It’s one I fell for when I first heard it. However, scientific literature does not support these claims. Their mating behavior cannot be categorized as forced copulation, despite the rumors.

Unfortunately, attempted infanticide has been witnessed. In 2013, researchers watched from a distance as a female dolphin gave birth to a calf. This awe-inspiring moment was interrupted when two male dolphins attempted to murder the calf immediately afterward, holding it underwater to prevent it from breathing. Each time the males tried to sink the calf, the mother pushed it above water and rested it on her head, desperate to help her newborn survive. This ghastly event went on for two and a half hours. I can’t image how I would have handled this information as a child.

There is mounting evidence that dolphins are capable of intricate emotions and appear to grieve their dead. Females dolphins have been observed frantically lifting the carcass of their young above the surface for days after their death. Along the coast of California, a witness watched a mother mourn her dead baby by carrying it on her dorsal fin as she swam.


During childhood, I interpreted dolphins as one-dimensional creatures, but this view has been altered. Their existence cannot be understood through a Lisa Frank prism. They are not an untouchable display of perfection. A mother dolphin may find it necessary to fight against her own species to protect the future of her child. The lives of dolphins are not defined by an endless stream of harmonious waves. They must navigate their course among useless debris and toxic waste. They display beautiful shells for bodies, enduring hardships behind a smile that implies otherwise. Perhaps the dolphin and I are not so different after all.

Justine Cadwell is a former blogger at TheHungryGuineaPig@wordpress.com and ParentalAdvisorySite@wordpress.com. She is currently writing a book of essays centered around the various shades of her neuroticism. Justine lives in Minnesota with her husband, daughter, and feline friend.