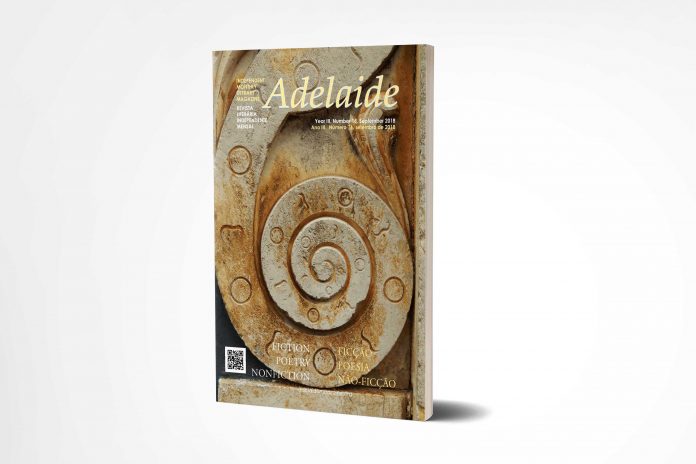 And the land shall open like a giant vagina
allowing the re-birth channel to swallow
all the detritus of our sick civilization –
the fossil fuel-guzzling auto-mobiles,
the stone mansions and cardboard shacks,
fences and fence-posts, the livestock released
from their diabolical enclosures and gruesome fate,
the squealing, sobbing, cursing masses of so-called human
beings – the self-deluded masters and mistresses
of the universe – and they shall be digested inside
that hole after the land closes behind them,
as after birth, and is sewn shut by the mighty
Weavers of Gaia, who police the land
every few millennia to allow it to heal
and to re-grow its original organic
cover of whatever plants best nourish it,
like clover in a spent field…

At 20 Egon is on a roll,
Convinced a style’s in reach.
In art school he stands out –
A weirdo even among young
Bohemians but with enough
Crimson ambition to try
To curry favor with Herr Doktor
Profesor Christian Griepenkerl,
Young Egon’s nemesis.

O that we had a portrait of him
Done by Schiele in the style, say,
Of his Portrait of Dr. Erwin
von Graff, Gynecologue
of Vienna, with his colorless
Eyes and hairy forearms
Revealed by his short-sleeved
White tee under a pinkish gray
Sleeveless surgical vest.

The white bandage on the tip
Of his right ring finger contrasts
With the swarthy skin and black moustache.
This is a man of stature,
A man one can trust in the surgical
Theater, if not with one’s wife.
Imagine Profesor Griepenkerl
Portrayed with the same hauteur
And x-ray insight as Dr. von Graff.

Nazis were white
Einstein was light,

All MLB players once were white;
Jack Roosevelt Robinson’s debut
elicited both hate and delight.

while Dr. Koch found strains
of anthrax and tubercular blight,
all these men being white.

Our own great white whale (with an orange crest),
exemplar of some whites blessed
with power and money, now inhabits
the ultimate white house.