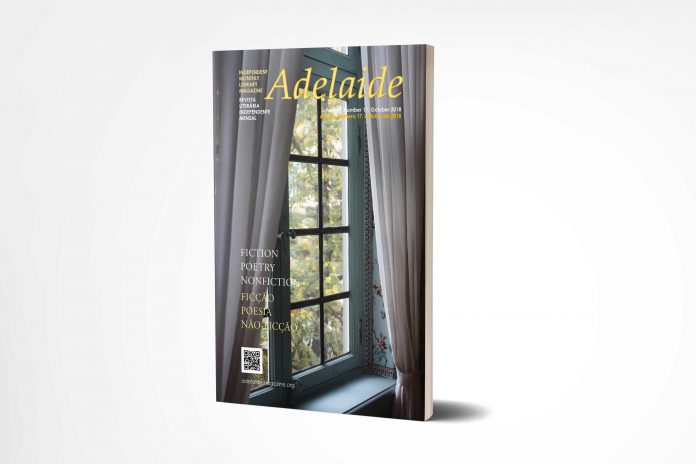 In December 2016 in the San Francisco Bay area, I drove to my orthopedic surgeon’s office in considerable pain.  Despite near-agony in my right leg, I experienced a sudden overpowering joy.  It began as a warm glow in the cradle of my stomach, then quickly rose like a helium balloon to fill my chest, throat, and mind with golden light and one of the most ecstatic bursts of happiness I’ve ever experienced.

I was sixty and on my way to my one-month check-up following full knee replacement surgery.  I’d spent three days in the hospital and then eleven days in a rehabilitation hospital, where I received three hours of physical and occupational therapy each day and ate the worst food imaginable.  I was only supposed to spend five days there, but my doctor extended my stay when he discovered a blood clot in my right calf.

I’d finally been discharged, but I found myself in great discomfort at home, despite prescription analgesics.

In my experience, euphoria comes upon us when we least expect it.  In most cases, we have no idea why we’re flooded with this wonderful feeling.  And maybe, most of the time, the wisest course is to simply embrace rather than analyze it.  However, I have a strong sense of why I was struck with elation that day, and here’s my reasoning.

For starters, that was the first day I’d driven since my return home, and it felt good to drive again and reclaim my independence.  Also, I love my car, a silver 2005 Honda Civic coupe that has plenty of power, handles well, and provides a smooth ride.  Second, the interior of my car was warm and snug on that wintry day.  Third, the day was bright and sunny, and I’m a swimmer and sun-worshipper who revels in the bright light and heat.  Fourth, I’d been happily married to my wife Elizabeth for twenty-one years, and marital bliss put me in a generally happy state that made it easy for me to experience occasional bouts of joy.  Finally, Led Zeppelin II boomed from the stereo, a perfect album in my opinion with its mix of heavy metal, blues, and acoustic cuts, along with Robert Plant’s and Jimmy Page’s superb singing and guitar playing, respectively.

Led Zeppelin II holds a special place in my heart.  The first time I heard it, I’d wandered up to my junior high’s gym in Arlington, Virginia, on a bored winter Saturday in early 1970 to maybe shoot some baskets or play in a game, even though basketball’s not my sport.  When I stepped into the gymnasium, Led Zeppelin II blasted forth from a record player just inside the door. I was transfixed.  This was some of the most exciting music I’d ever heard–I felt an exhilaration similar to my first exposure to the Beatles.  I listened to the entire album.

The person in charge of the stereo was a pretty girl with black bangs named Myra who was in my seventh grade English class and treated me like scum–I was a pimple-faced straight-A student with an out-of-fashion crew cut my parents made me sport so I wouldn’t be mistaken for a hippie.  I disliked our teacher, who constantly held me up to the class as a shining example of the ultimate student, and, naturally, many of my peers despised me.

She smiled and made my day.

Within twenty-four hours, I’d walked several miles with my buddy Will to Giant Music in Falls Church, where I bought Led Zeppelin II.  I was a budding electric guitar player, and I quickly taught myself a number of Jimmy Page’s easier licks.  The hottest guitar solo on the album occurs on “Heartbreaker,” and it was way beyond my ability.  However, I had a friend named Craig V. who was an exceptionally talented player.

One day when he was at my house, I jokingly asked him if he could play the “Heartbreaker” solo.  I assumed no peer of mine could even begin to deliver the goods, but Craig played the solo note-perfect without any visible effort.  He didn’t crack a smile, but I know he thoroughly enjoyed putting me in my place, oh me of little faith.  This is one of my favorite memories of Craig, who ended up playing with such headliners as Steve Winwood but died of a heart attack in 2010 at age fifty-three—heart trouble ran in his family.  I miss him deeply.

So, as I drove, Led Zeppelin II reminded me of how much I love to play guitar.  Even though I owned two exquisite Fender and Hamer electric guitars and a gorgeous mahogany Martin acoustic, I hardly ever played them, since I’d made a decision a few years earlier to dedicate my free “artistic” time exclusively to writing.  I immediately vowed to start playing again and to maybe resume my lessons with a local master player when I retired in the not-too-distant future.

Another reason for my happiness was that I didn’t have to return to work until March.  I’m an assistant nurse at an inner-city hospital, and I greatly enjoy taking care of appreciative and cooperative patients and helping compassionate nurses, but my peers and I often encounter verbally abusive nurses and violent, mentally ill patients.  Also, I had high hopes my doctor would give me permission to swim soon, so I could swim five days a week for the next two months before returning to work.

In addition, I was proud when my physical therapist—nicknamed “the bulldog” because of her ability to inflict pain–complimented me on my willingness to suffer agony so I could heal quickly. This made me feel connected to my brother Danny and my son Josh, who had also recently demonstrated a strong ability to handle post-surgery discomfort.  This also reminded me that I’d toughed out some really grueling practices when I played football and wrestled in junior high and high school.  I remember thinking then, if I can endure this, I can endure anything.

I also thought about how I’ve successfully overcome child abuse, a nightmarish first marriage, a nervous breakdown, and other difficult periods in my life.  Now I rejoiced in feeling physically and mentally tough.

Finally, as I sped through the rolling green hills, I thought about all the books I wanted to read during my medical leave—I could consume one or two a week for the next two months!

I’m still marveling about how I could experience such bliss while in near-agony.  This reminds me of a conversation I had with my doctor many years ago.  At the time, I was afflicted with undiagnosed anxious depression and felt constant near-panic about my bad job, my failing first marriage, and money.  I told my doctor, “I just need things to settle down for a while so I can relax and be happy.”

My doctor smiled and said, “The trick is to be open to happiness, even while you’re suffering.”

Allen Long is the author of Less than Human: A Memoir (Black Rose Writing, 2016). He is a regular contributor to Adelaide. Allen’s memoirs have also recently appeared or are forthcoming in Broad Street, Eunoia Review, and Hawaii Pacific Review. He has been an assistant editor at Narrative Magazine since 2007, and he lives with his wife near San Francisco.