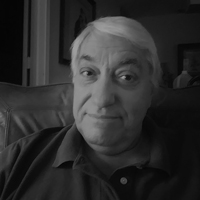 My brother is Mr. Perfect. My brother can do no wrong.

At least that is what my mother always insists. He never gets into trouble. He always

avoids confrontation. His tantrums always have a good reason, I am told. Quite the role

model, my brother. He is the quintessential first born, revered, adored; the unifying element for all of us. He is the sibling that made a husband and wife a family. I was just added to the mix later, perhaps even by mistake. The six-year span between us made a big difference. Even though Mother always

reminds me that I am the apple of her eye, it is my brother that is always the subject

of wonder, of deep affection that I just could not understand. Is he the better version of me?  Even his sharp, cool name that reflected heritage and strength. Anthony Joseph. Tony Joe.  I would love to have been called Tony, or Joey. I got John.

I may as well have been named Brother–the-Lessor. Little Johnny. Anthony’s kid

brother. Even though I am the one who gets into trouble, who loves to play jokes, get away with

murder, smile his way out of a tight situation, Anthony would not be impressed. Little Johnny is the one who laughs, fights, catches more breaks than he deserves. The one who convinced a girl to take her top off in the front seat of a Plymouth Belvedere if I promised not to touch. The one trying desperately to be a badass.

I never really understood why my brother is always the default topic in the family. He was born on February 22, 1944 and died 14 days later of spinal meningitis.

I have his birth certificate and the pewter crucifix that adorned his white laminate coffin.

I wonder if he would have laughed, fought, and did all those things that younger little brothers do. I imagine now the overwhelming transformation my mother’s love was forced to endure to reconcile

such a numbing event in her young life. A first born, lost after fourteen days of maternal intimacy, forced to endure a morbid reality.

Of course he was perfect, in her mind. He had given her 14 days of bliss in spite of untold

worry. There were no buddies or girlfriends in his brief life to interrupt their all-encompassing relationship between mother and son.

She never had to wait up for him. He never left her side and he was with her for his entire life.

What son can claim that devotion?

I wondered what he would have been like. Would we have been close? Would I have looked up to him or hated his guts?  Would I have been any different? Would what I felt, or thought, have mattered?

The crucifix that sits casually on a bookshelf in my bedroom has been moved to a hundred places throughout my lifetime as if it were just another photo frame, quickly glanced at in a brief contemplative moment. It is an object that does not remind one of what was but urges reflection on what might have been.

To imagine him, what he would look like, how he would have spoken when he had grown up himself acknowledges a joy I never really knew but somehow have been compelled to reflect.

Maybe these presumptions can provide the legacy he never had the chance to build. It would have been grand to have grown up with him, to challenge his perfection. We would have had a full-fledged history instead of one-sided speculation. What do you say, Tony? Rest, my brother. I will be the good son for now.

John Bonanni spent the last forty years in the theatre on tour, on Broadway, at Radio City Music Hall and many places in between managing every sensitive personality he encountered. He now writes about them, among other things. He is enrolled in the MFA in Creative and Professional Program at Western Connecticut State University.