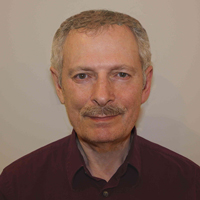 THREE AND A HALF MURAS
by Mark Budman

Mura (with the emphasis on the first syllable) is a generic name of a female cat in Russian. Like a “kitty” or a “pussy” in English. The first Mura came to our place back in Kishinev, then the part of the old Soviet Union. She was tricolored, the type that bought good luck if she passed the threshold of a new place first. The apartment building my wife and I moved in right after the marriage was a concrete block the color and smell of despair and fear, a so-called Khrushchev slum. A few stunned trees, a communal property, grew in the back. The birds were few and sad, but they pooped often and with gusto. There was a bus stop on the street side, and drunks slept on the dirty wooden bench under a poster of a Soviet soldier bayoneting the united imperialists of the world.

Mura 1 didn’t like the sounds of the drunken parties in the building though the drunks were far from hoi polloi: sang in five languages. She hid under the marriage bed. She probably didn’t care for multiculturalism.  She died before we left for America. We were lucky. Most neighbors were left behind, and were buried not far from the first Mura.

We eventually bought a house in Upstate New York, and were proud of it. Mura 2 was an American. She looked like a twin to Mura 1 though they couldn’t possibly be related.  The second one came from an immigrant ancestry while the first one had always been and remained a staunch European until her last minute. Mura 2 moved from the neighbors across the street and claimed us. The neighbors had a large dog, a four-bedroom colonial and a two-car garage. Their kids partied late at night, but they sung only in English. Mura 2 was indifferent to the noise but disliked dogs. She passed away at the old age of twelve. We cremated her. I still keep her pic as my monitor background.

She was actually a he. Half Maine Coon, he weighed 1.5 times each of the previous Muras. We took him from a shelter after Mura 2 expired. He had the most enticingly puffy tail. He was a biter, and he shed like he didn’t have to vacuum the carpets.  By then, the neighbor’s kids went to college, so it was quiet.  Mura 3.5 roamed the grounds and fought with the neighborhood cats. When he was beaten, he would shit himself. It was difficult to wash off the shit from his puffy tale.

I would sit in my rocking chair on my own deck, with him on my lap, watching my squirrels chasing each other on my trees. He would purr so loudly that it seemed the first two Muras have joined him from above.

A few years later, we moved to Boston to be close to our kids. We rented and the landlord wouldn’t allow pets, so we had to find a good home for Mura 3.5.  A single mother and her kid took him. She said they lived in a mobile home. They wouldn’t rent, she said. It’s beneath human dignity.

I kept nodding to her words. Mura 3.5 didn’t look happy when they took him. We have never had a cat again. 3.5 is a lucky number, and we had enough luck with the cats already.

All three came to me in a dream once, and I shook paws with each. Their paws were cold. I wasn’t surprised. My dreams were nothing but generic now. In the morning, I came to the mirror, smiled and shouted in English, “I’m not depressed.”