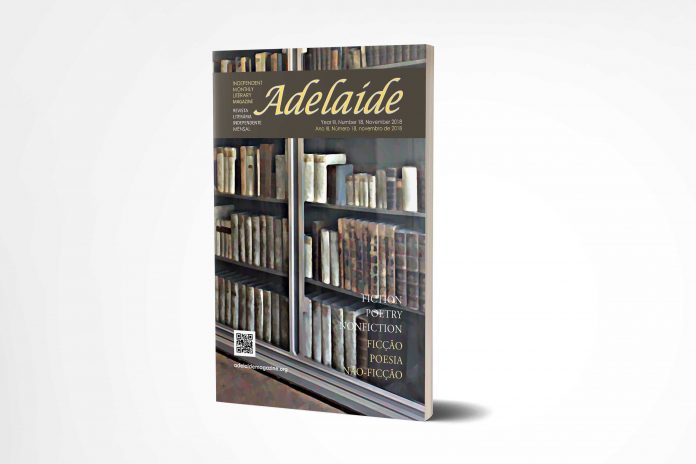 HIS HOME
By Effy Rose

It’s the house I grew up in, but everything’s different. Forty years ago, I left it to care for itself, and I suppose it has. It’s still standing. Under a blanket of ever-creeping ivy, green as the springtime grass, which has all but taken over the roof, the familiar face, made of two eye-windows and a door-mouth, begs for a white-washing it will never get.

As a child, I counted it one of a few blessings to live in such a tall home. In a way, its height made up for my father’s lows. Now, as I draw nearer, I wonder if I might be taller. If I stood back to siding, my head might peek over the rusted tin roof and come to rest in the clouds alongside my mother’s.

I’ve outgrown this place, could never go back to change anything, even if magic potion made it possible. Could never sit quietly, still as a speckled fawn, listening, waiting for my mother’s beating to end. She deserved it, I told myself, and when I couldn’t muster it, she told me. I’ll do better next time, she’d promise time and again. He’s got a right to be angry.

I sit down on the rickety steps and look up under the overhang and find most of its beams are rotted through. If I listen hard, many a rainy nights’ ping-ping-pinging still rings in my ears like it did on those nights when I rocked and rocked in our only rocking chair. Dreaming, thinking about better times I wasn’t sure existed.

When my mother died, I was glad for her. I cried, but only for myself. On that afternoon, I kissed her cold cheek, then ran. Tore off through the tall, sun-dried brush before they even laid her in the ground. Day after day, I ran, taking small bites of the stale bread I carried in my mother’s only apron. When my stomach threatened to roar loud enough to give up my hiding spots, I’d slide my hand into the carefully tied mass of what was supposed to be red fabric, but looked baby pink from endless washes. When the bread was gone, I tied the apron around my waist for warmth. Not the kind of warmth your skin needs—that was provided by the high-summer nights’ sticky, suffocating air. I was after the kind that starts at your insides and spreads into something mimicking happiness. It was her warmth I craved. More than bread. More than a new family, but that’s what I got in Mr. and Mrs. Carlisle. They took me in—resisted my fighting, which rivaled that of any feral kitten—and turned me back into a person. And I’m forever grateful.

I find myself rocking on the step and it groans, begs me to stop, threatens to snap in two if I don’t. I look behind me once more, and find the windows of this old house—his house—have been left uncovered. I could look inside, see what’s left of the place since his passing, but I don’t want to. Don’t care to. Whatever is left isn’t for me. I took what was mine long ago: my freedom. It’s the only thing my mother ever wanted me to have.

Effy Rose holds an MFA from Lindenwood University. Her love of reading drives her love of writing. In an alternate reality where motion sickness doesn’t exist, she might have studied to become an astronaut, but probably not. She lives in Florida with her husband, who is also a writer, and her dog, who is over it.