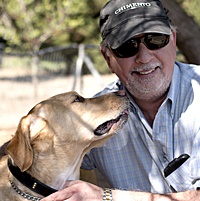 MEDIEVAL SURGERY AND ITS CONTRIBUTION TO THE THIRD MILLENNIUM
By Dr. Raymond Fenech

Who isn’t overawed by the progress that medicine has made in this third millennium? Yet few people know that basically all that we have today is all thanks to the  profound effects of the Renaissance on the progress of medicine, as scholars emerged to point out the mistakes and the stagnation of the previous centuries, replacing these by much of the knowledge upon which medicine is based today.

In fact, many operations attempted in the middle ages have been undertaken in the 21st century. Among others are the removal of bladder stones, births by method of caesarean, dentistry operations and even cataract interventions.

Cataract removal was a painful surgical procedure, which basically involved the use of a sharp pointed instrument, such as a needle or knife. Such an operation hardly ever saved the patients’ sight, but once medical influence from the Middle East reached Europe, cataract surgery was radically improved. The sharp pointed instrument was substituted by a syringe so that cataracts were extracted by suction.

Surgery then was only reserved for life/death situations because most operations resulted in the inevitable demise of the patients. If by some shear miracle the patient survived, he would succumb as the result of an infection, or some other complications.

Real anaesthetic as we know it today was not available and Dwale was the only alternative. The following are the ingredients and method to make this medieval anaesthetic:

Mix together in a glass vessel and bring to a boil. Take three spoonfuls of elixir and mix into a potel* of good wine, and mix well.

When it is needed, let patient sit against a good fire and make him drink thereof until he falls asleep. Then you may safely cut him, and when you have done your cure, take vinegar and salt and wash well his temples and his cheekbones and he shall awake immediately.

*A potel is equivalent to approximately 3 bottles of wine.”

Ether as we know it now was first used by medieval Swiss physician, Auroleus Phillipus Theostratus Bombastus von Hohenheim, known as, Paracelsus. However, Ether didn’t really earn the deserved acclaim and didn’t come into use until it was re-introduced in the United States 300 years later. Alternatively, Paracelsus turned to laudanum and opium as the method to numb pain.

Surgical history was marked in 1543 when the Belgian anatomist, Andreas Versalius published his book, On the Fabric of the Human Body. In this book, he described the discoveries he had made while dissecting human corpses, thus removing many of the anatomical misconceptions, which had been widely accepted ever since the time of Galen.

Probably one of the more important surgical discoveries in the Middle-Ages was made by Abdul Qasim Al-Zahravi (936-1013 AD) known as Albucasis, another Middle East surgeon who contributed immensely to this science by the numerous illustrations of surgical instruments, some of which were invented by himself.

The Arab surgeon designed an arrow spoon, which could remove arrow heads from the bodies of wounded soldiers. The spoon had the capability of attaching itself around the arrowhead so the barbs could be pulled out without causing further damage to the wound.

In his designs found in the Compendium, Albucasis gives detailed descriptions and technical data of the surgical tools and their use. This extraordinary work not only provides a well-illustrated text designed to assist the surgeon with details of each treatment, but also includes different types of dressings for the various wounds.

In the same book, he also describes novel procedures such as the use of catgut for internal stitching. Catgut is a tough thin cord made from the treated and stretched intestines of certain animals, especially sheep, used as surgical ligatures. Albucasis also describes surgical interventions for the removal of gall stones by entry through the urinary passage, thyroidectomy and cataract removal.

Today when one goes to the hair dresser or as this profession was referred to in earlier days, the Barber, one goes to have his hair cut, trimmed, washed or to get a different hairstyle but not in the Middle-Ages. Besides getting one’s hair trimmed or beard shaved, surgery was also on offer as part of the services offered by barber surgeons, who also practiced bloodletting, a very common procedure very much in fashion in those days and thought to be an essential healthy exercise. Barber surgeons mostly dealt with dagger, sword and arrow wounds. In most operations, patients were given a piece of leather or wood to bite on, or were made to drink large quantities of wine to numb their senses.  .

One particular operation, Trepanning (Trepanation) goes even further back than the Middle- Ages. In fact, archaeological discoveries have unearthed fossilized skulls indicating that this surgical procedure goes back as far as the Neolithic Age.

The surgical intervention consisted of cutting the cranial bones with a small cylindrical saw, a trepan, which was equipped with a centre pin that extended just beyond the blade of the saw. The pin was inserted first to ensure the saw did not slip whilst cutting the bone.

The first metallic catheters were used in the mid-1300s. Such interventions were necessary when patients experienced urinary blockage mostly caused by various venereal diseases. Because there were no antibiotics, this intervention was very common. The operation consisted of the insertion of a urinary catheter through the urethra into the bladder, thus relieving the blockage. When the obstruction was such that the metal tube could not surpass it, other procedures were used. All the methods were as painful as dangerous.

Any modern pregnant woman today would surely think that having a child is a very normal and safe procedure. But this was not so in the Middle-Ages, when pregnant women were advised by the Church to go to confession and prepare for their funeral. All midwives assisting women during labour then were regulated by Roman Catholic law and licensed by a Bishop.

Dead babies that failed to be delivered were removed with a squeezer after being dismembered in the womb with sharp instruments, whilst retained placentas were pulled out by counterweights. Midwives who detected the baby to be in an abnormal position thus slowing its delivery would try to turn the infant inutero, or reposition the foetus by shaking the bed.

In the 12th century, a new cure was suggested by Moses Maimonides, a Jew physician who disagreed with any of the previous cures and recommended the Sitz Bath, a common treatment used to this very day. The Sitz Bath is a simple procedure of sitting down in warm water to help relieve pain.

Amputation in the Middle-Ages was a very common surgical intervention mostly performed on numerous soldiers who took part in the various wars. Here is a descriptive account of such an operation from Henri de Mondeville’s, Cyrurgia (Surgery) 1312.  Monteville was the private surgeon to the two kings of France, Philip IV and Louis X:

When a surgeon encounters gangrene that has resisted all other treatments, he must amputate the limb to save the patient’s life as well as to arrest the advance of the gangrene. Thus, if the end of a digit is gangrenous, amputate through the next joint; that is the rule to follow elsewhere. For example, if the gangrene reaches the palm, amputate at the wrist. If it involves the forearm amputate at the elbow. But if it extends into the upper arm the patient cannot survive.

By no means does this article cover all the surgical procedures, or discoveries which made a name in surgery during the Middle Ages. However, it does give readers a glimpse of how this art came about and all the pain that patients had to suffer before the more recent advances of scientific knowledge brought about the rapid progress from which we are now all benefitting.

Raymond Fenech embarked on his writing career as a freelance journalist at 18 and worked for the leading newspapers, The Times and Sunday Times of Malta. He edited two nation-wide distributed magazines and his poems, articles, essays and short stories have been featured in several publications in 12 countries. His research on ghosts has appeared in The International Directory of the Most Haunted Places, published by Penguin Books, USA.

OUR BEAUTIFUL TAHOMA by Mike Nolan