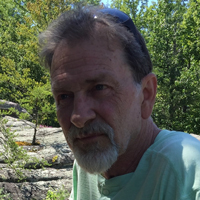 Why
finds no comfort
in reason.

What whips the cream
of knowledge
is a sacrificial
lamb.

The Madonna of the Lilies
(William-Adolphe Bouguereau, 1899)

The pure white petals of the Madonna Lilies
frame the painting of Mary and Jesus.
Though mimicking the style of the Renaissance
Bouguereau’s form of art is Realism which gives the infant
and mother a believable warmth and sense of humanity.
His characteristic technique of layering his paints
give the subjects so much depth you think you can touch them.

Once an emblem of sovereignty to the Kings of Egypt
and presumed to be the Flower of Solomon
the wild lily of Palestine escaped it’s dry mountain habitat
and now thrives throughout the world.
One can almost catch the scent of its fragrance
as the hands of the infant Jesus are gestured upward
as though raising the flowers toward the Son.

The Quest for Certainty
After Alfred North Whitehead (1861-1947)

Actuality bridges one nexus to another
and their cohesion ignites a covey of perhaps.

Sense-perception demands sense-reception
so the transmuted feelings can rise like Lazarus.

The principle of process is a subjective obligation.
The categories of the ultimate are always forthcoming.

Beware the logical consistencies.
Prehensions can lead to pitfalls.

God is conditional and a temporal occasion.
God is differential and His existence bipolar.

Existential Poem with Gertrude Stein in the Shadows
Contemplating the Clarity of Morning Light (3-pgs.)

I.
Gertrude Stein projected refracted light.
The Benedictine Abbey’s indefinite depths.
Its colored glass Star Breakers
plagiarizing God.
There were movements. However brief.
The Futurist aspiring to become with verbal liberation.
Aggressive manifestos.
Innovations in Blue.
Chopin inserting bawdy ballads. Mayakovsky spitting diamonds.
Kandinsky scaling the wall between arts. Nietzsche’s massive shadow.
An art gallery in Capri on the edge of an urge.
Dada in the heart spreading like Chocolate.
Appollonaire wrote about jock-straps and everyone lamented.
Yeats passion was intense and kept turning and turning.
And Gertrude
placing another painting in morning light
proclaimed the question of identity.

II.
Rilke and his damned elegies. Endlessly knows and craves nothing.
Joyce’s Ulysses as a peepofgold. Trilling trilling.
Be tfpritt.
Beckett striking postures with extended overtures.
Ezra expounding to Doc Williams the new measures.
The Objectivist objecting to their personal rages.
The Waste Land and its possibilities and emotional terminates.
Charlie Chaplin with a tulip between his teeth riding an arrow of light.
The indirections of Symbolism seeking romantic clarity.
Russian poetry as music of proof and the curse of Inherent Exile
with no lyrical restraints.
Octavio Paz and the radical experiment telescoping Time.
Careless sketches and dismissed missives.
The rhythm of word and image spurred by spiritual obsessions.
Patchen’s extended titlings as forms for framing the unframable.
Polish girls of the Ghetto or orphans in Prague.
Kodak moments.
Hurtful beauty.
Helen and Cleopatra as indigenous wonders.
Horizontal enigmas with questionable faces.
Gertrude stands near an open window dressed in a blue gown
and a breeze moves the curtains which shed dust motes
that dance like stars in the morning light.

IV.
There is no comprehensible stopping place
and the nuances are extremely sensitive.
Artaud exposed the enormity of bosoms
and the scales in a brothel.
The new physicality.
Perpetually on the edge the starless window is deep.
Cezanne and the primitive. Simulations of the present. Emotional fiction.
Gertrude at lunch in the garden. Water in a glass. Spiral woman.

V.
Harlem negritude collectively conceived and assimilated.
Atmospheric struggles and identity rejection.
Raven voices.
Regurgitated heritage.
But Senghor says: “The Spider is Prudence and the Moon is Fecundity.
Buffalo mocks the Lion”.
Cesaire in the wee hours licking the deformed islands with a seaweed tongue.
Evidence of wounds and scars on the water.
Veins shocked to the bone.
Bessie Smith deadly calm.
Standing in the wind of change like a Congolese lullaby.
Lungs like cyclones.
Anna Akhmatova under a strange sky.
Seventeen months standing in a shadow.
Life torn from the heart of an emptied house.
A scream amid singers.
Water lilies and red wheelbarrows. Minute basics.
An Alabama song by Brecht circumventing the formal.
Gertrude looking west towards the Atlantic.
Preparing asparagus.
Bamboo fingers testing the texture.

VI.
Neruda just walking about
expelling a turbid rainbow of words. Equivocally human.
Brought to a focus and eclipsed by the visible.
Forming a constellation of difference.
Avant-garde enterprises and Cubist landscapes.
A recombination of elements.
Worms spilling out of beaks.
The translation and renewal of accepted idioms.
The deliberate propositions of the unconscious Symbolists.
To say what one can barely breathe.
The graffiti of Pompeii and Scrimshaw carvings.
Rene Char conserving infinite faces in words
that sneak into one’s intimacy.
Assuming.
An underground resistance with poetic cries for the occasion.
Uncomfortable emotions racing toward an orifice.
Raw expressions proclaiming an absurd evidence.
The unpronounceable on the tongue like torture
as Gertrude waters her violets. Face sun drenched.
Her day-dreams rustling.

VII.
Rukeyser opening a way to flow to where still pools are fed.
Directed exploration.
Image by analogy. A metaphor for the mental
dimensioned out of the frame into primal contours.
Responding to the world’s strategies.
As Gertrude greets her guests the light moves across the window
unchecked.
Found among those seeking
Wallace Stevens saying:
“It was her song.
She was the maker”.
And no matter the occasion
mark the contraries.
Perhaps a book of questions in disguise.

Bray McDonald is an Information Specialist in Chattanooga, Tennessee. Mr. McDonald has been published in many journals recently, including ‘Blue Collar Review’, ‘The Cape Rock’, ‘Rockhurst Review’, ‘Third Wednesday’, ‘Storyteller Magazine’, ‘Chiron Review’, and “Between These Shores Anthology” in the UK. He also has poetry forthcoming in ‘Cholla Needles’, ‘I-70 Review’, ‘Plainsongs’ and ‘Avalon Literary Review’.