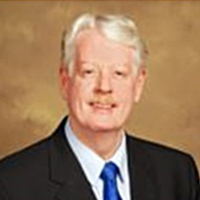 From its kiln, the sun exhales
afterlife upon you.

Stepping into your silhouette –
a breathing . . . irreversible memories
or prophecies from parallel sides?

Suddenly, your shadow lifts
then scatters . . . like a flock of birds
to chase air-light.

We are
someone’s idea.

We grieve, we laugh spontaneously
like a key turning in a lock. Yet,
it takes so long to love forever –
except for the infant.

Taken by doves without shadows,
we gaze beyond the earth’s curve
to hear the single chord,
while the sun still follows moons
to study the singularity of smiles.

Mark Hurtubise. During the 1970s, numerous poems were accepted for publication. Then family, teaching, two college presidencies and for twelve years president of an Inland Northwest community foundation. Recapturing poetry’s euphoria and appreciation for the authors he read four decades ago, he is attempting to compose again by balancing on a twig like a pregnant bird. Recently, his work has appeared in Bones, Ink In Thirds, Atlas Poetica, The Spokesman-Review, Stanford Social Innovation Review and Alliance (London).