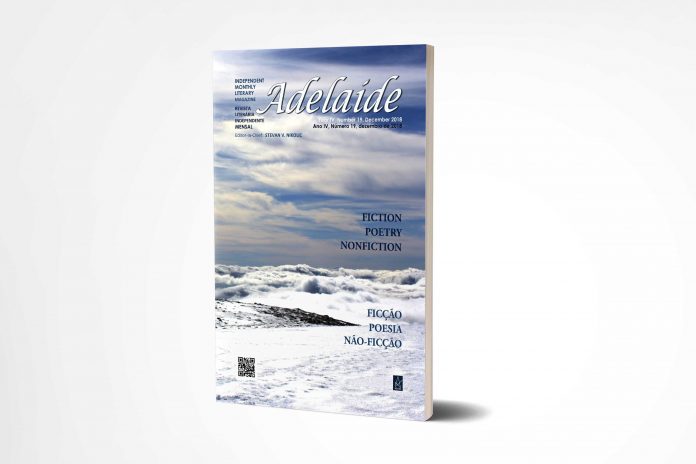 THE EVIL OF DEATH
by Dimitra Tsourou

“The human species is unique in knowing it must die,” writes Voltaire. The awareness of death makes people vulnerable to fear, which inspires Epicurus to give answers to fundamental questions about death. “Death does not concern us because as long as we exist, death is not here. And when it does come, we no longer exist,” says Epicurus, distancing himself from his philosophical antecedents. This essay outlines the basic elements and emergence of Epicurus’ views on death, with an eye on modern thoughts and anxieties about mortality and the afterlife.

The emergence of The Garden

Epicureanism emerged after the death of Aristotle, and as such belongs to so-called Hellenistic philosophy.  This was a period in which the Greek language and culture was widely propagated to large areas of the world due to the military conquests of Alexander the Great, whose empire is said to have “Hellenized” the lands that Alexander conquered. But for all this cultural and philosophical dissemination, Athens still remained the core of philosophical learning to which a plethora of intellectual immigrants were drawn. At that time, two major schools emerged in the city: Epicureanism and Stoicism – two schools that signified the break with the intellectual lineage of Socrates, Plato and Aristotle. The 17-year-old Epicurus came to Athens to found a school known as The Garden. Its members had to abide by a set of common rules. They practiced what they called “therapeutic discipline”, which utilized concentration and isolation to banish the distress, anxiety and agony that plague the human condition. Their regime involved memorizing and repeating doctrines – the act of which was a central element of Epicurean philosophy that was conceived as a way of life rather than a set of principles. While this may sound like a religious practice, however, it was certainly not. The practices of those working in The Garden were always founded on reason.

There is neither a designer nor any divine intervention.

The pillar of Epicurean philosophy is the study of nature, whereby the gods are fully integrated into the natural world. Influenced by the pre-historic atomist Democritus, Epicurus teaches that the basic constituents of the natural world are the atoms and the void. The atoms move around in a void, rebounding off each other to shape complex bodies. The whole complexity of the natural world is thus the outcome of the atoms’ eternal movement within the void. Atoms have no beginning; rather, they have always existed and will never perish. They exist in a state of perpetual motion within an infinite void, producing the world around us. Beyond this, there is nothing to be explained. Whatever happens in the world – eclipses, uprisings, rain – is not related to any divine intervention. Epicurus states categorically that “There is no designer.”

“God exists”, Epicurus says. The concept of God is something common to each individual, and so it must be true. To Epicurus, gods are anthropomorphic entities living somewhere and somehow in the cosmos. Once we fully understand that the Gods do not intervene in our lives and thus have no role to play in the function of the cosmos, we pave the way to reach the truth. This realization can be of great relief to us.

According to Epicurus, our lives involve four great fears: the fear of God(s), the fear of death, the fear of failure and the fear of suffering. Fear is the feeling of disturbance of the mind. Distress in the Greek language is referred to as “taraxi”, with the opposite – “a-taraxia”, or calmness – given by the negative prefix. The ultimate goal of so-called “therapeutic” or Epicurean philosophy is to provide individuals tortured by these four fears with the teachings by which to overcome them. These teachings are also known as the “four-fold remedy”, or the “freedom from distress” (a-taraxia), which is or should be the goal of life. The four-fold remedy is as follows: 1) Do not fear God. 2) Do not worry about death. 3) What is good is easy to obtain. 4) What is terrible is easy to endure. Epicurus insists that there is no reason to fear God(s) as they have no motivation to send disasters our way. They are happy entities that exist in a state of a-taraxia; i.e., without trouble or anger. There are thus no logical circumstances under which they would seek to cause us pain.

Do not worry about the afterlife as it does not exist

Epicurus says that death is something we should view as neither good nor bad. It is simply nothing – nothing to look forward to, and, similarly, nothing to fear. When asked whether death should not be regarded as a bad experience, Epicurus answers that all good and bad experiences consist in sensation, and death is the privation of sensation. Our soul, which gives life to the body and enables it to experience sensations, is a collection of atoms that falls apart and disintegrates upon our death. The soul does not continue in a disembodied form, and thus does not go anywhere. It cannot experience anything when it is disconnected from the body. When we cease to exist, the soul hence loses its capacity to feel.

An objector points out to Epicurus that being dead is not what he fears, as he will not be around, but this is not the source of his fear of death. To which Epicurus responds, “What exactly is it that you are afraid of when you fear death if it is not being dead? It sounds irrational, as long as you haven’t identified anything bad about death and only your thought about death makes you fear it.”  Epicurus goes on to say that the only thing which may be distressing about death is the prospect of dying. The anticipation of death can be a painful, terrible experience. His argument is that the prospect of a painless death means there is nothing to fear. From this, he asserts that if one has conquered the ultimate goal of life, there is no reason to live any more, and no fear to be had in death.

What is wrong with death?

We may agree, for instance, that death is something bad as it deprives us of the additional years we might otherwise have had. This is a reasonable explanation for our fear of death, however painless.  It should be understood, however, that when Epicurus uses the word “death” he does not mean the process of death. Indeed, the process of death can be painful and distressing. Rather, he is referring to the state of being dead – a state in which we no longer exist. Here, death is not the dreamless sleep proposed by Socrates. To Epicurus, death is simply an eternal nothingness.