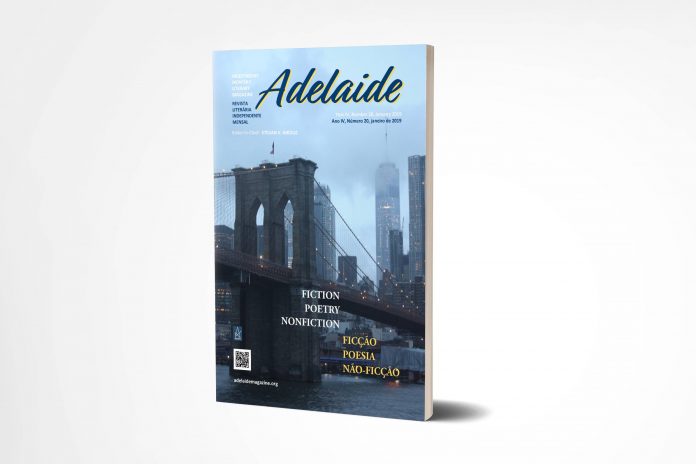 BEFORE THE INK WAS DRY
by Kevin Keane

Before The Ink Was Dry

He would take a razor blade from his desk and a make little slit
On his hand and use it as an inkwell
Then signed the letters he so carefully composed to her
Placed them in the mailbox on the side walk
Beneath the elevated train in Cypress Hills so long ago
When he still believed in poetry, still believed her vicious smile

Angry like hornets
Your death comes at me
I don’t even cover my face, my thoughts swell
Unlike the hummingbird
With its sweet buzzing that follows my life

Like the geese overhead I cannot reach you
Your death comes at me
I am red, bloated, under water
The sun can no longer burn me
I am sinking past bindle stiff puppets dressed in rags
Bathed in brine

The Lugubrious Mannequin Self Portrait

I was born in New York City and currently live in Arizona in an eighty year old house that I share with two kittens. I am currently working on an autobiographical novel that I hope to finish before I know the ending. I run a small bicycle shop out of my home and build custom bicycles as more of a hobby than an income. Last year, 2018, was the first year I decided to begin submitting my work for publication. I have always considered my poetry a private thing but over time I have come to realize that this is perhaps a selfish assessment of my work. I have been editing several hundred poems over the past two years with the intent to complete a full volume of poetry this year with work that dates as far back as 1976 and up to the present day. I have been heavily inspired by the work of Lorca and Don Van Vliet.