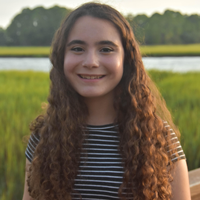 ALL OF NEPTUNE’S OCEANS
by Rina Sclove

Her hands are the only part of her that isn’t scarred.

Everything else is marked, claimed, her skin varying shades of angry red and blistering purple, puckered and dry and stretched out too far. She feels like a drawing done by a toddler, scribbled on with ragged lines and no care, hung on the wall and left to bleed.

She is paper thin, she thinks. Translucent.

It is the scars she hates the most, more than the bruises. The bruises change, shifting in color and form and, sometimes, away. They are proof that there is still blood trapped beneath the surface of her skin, that things are still forming. That they still can. She lifts a shaking hand to her cheek and holds it there, as if somehow she could capture a little bit of its magic. It stings at the touch, and she treasures that, too. Pain, she knows, is the body’s way of screaming, of saying you cannot touch me and I will resist you. She lets her bruises sing.

Her hands, though. They are unmarred, smooth. She almost remembers the way pebbles felt in her hand, glistening from the stream and cold in her palm. She used to collect them, taking all of the perfect things and tucking them away in her pockets. Her hands feel like them now, she thinks, guesses. Not knowing, never knowing.

Sometimes, she looks at her unblemished hands and lets herself believe that they are still hers.

She’s quick to remember, though, that they aren’t. Once, there was a time when being quick meant racing her sister to the swingset and the speed at which her hand was lifted in math class, that sometimes it still means the days when she was still lightning.

This is a different kind of quick. It is a flinch, the crease between this world and the next, the scars that sit near the cavity where her heart used to be. Is, she reminds herself. Is.

Her hands don’t belong to her, though. Not anymore, maybe not ever. It is the price of being a body without a soul, she thinks, or maybe of having too much of one, and she lies and tells herself that it doesn’t matter which it is.

Once Upon a Time, her hands had not been so smooth. They were rough, calloused. A warrior’s hands, she thinks, and for a moment she almost remembers how to smile. Almost.

She used to row, in school. The oars blistered her hands, marks left from the act of pushing forwards. God, she had loved those. Her teammates all used to compare them, trying to see which one of them had worked the hardest, who was willing to pay the highest price. Sometimes she won, sometimes she didn’t. But she had owned those blisters, and she was a part of them as much as they were parts of her.

When she enlists in the army, her hands turn rough again, hardened by push ups and the cold, black weight of a gun in her hands. They had to become stronger, still, for her to be able to hold lives in them. And to crush them – well, that was the heaviest weight of all.

They must have seen promise in those hands, though, enough that she was cherry picked for the CIA. And so she trains and trains, lets herself harden. She stiffens her shoulders and tells herself that she is a weapon, a blade, a fighter.

All of the training, though, isn’t enough. She fails her very first mission. She may be a weapon, but she is one with a beating heart, and it very nearly gets herself killed. Nearly. At any rate, her fingers stutter on the trigger when the time comes, her body wavering as her soul stands deathly still.

She had been ready to kill him. Ready to take a life without a second thought, as if it had belonged to her, but then – but then. He lifts his head, just a little, enough for her to see his eyes from underneath the brim of his helmet.

She can’t remember what color her own eyes are. She tries and tries, searching for some sort of clarity among the endless hues of gray, but she comes back with nothing. In her dreams, her eyes are rolling blue, like the river she used to row in. Or maybe it is like the stream – she isn’t sure. Sometimes they are a sunset, deep oranges and poppy reds, wispy pinks and purple lightning that all come together to bleed liquid gold. It always changes, and for the life of her she cannot remember the way she used to see the world.

Different names for empty craters, she thinks. Or cries. Does she remember how to that?

His eyes are brown. Like dirt, like the things we come home to. Home. She has brothers there, small, knobbly things with scabbed knees and open hearts, bits of earth behind their ear in the places they never manage to wash. They’re waiting for her, she knows, and all of a sudden home is a knife.

His eyes are brown, but there’s something more to them – a little bit of light, dancing right in the corner there. Her brothers’ are the same. These are a boy’s eyes, she knows. She knows.

He is only a boy.

She swallows, sets her jaw, and lifts the gun higher. Stop projecting, she tells herself, it is only the sunlight being reflected, can’t you see?

And then another thought – isn’t that all there ever is?

Her heart beats. Drums. She’s on the river again, an oar in her blistered hands. Water sprays her cheeks and for a moment she remembers how to breathe.

What price are you willing to pay? The river whispers, what cost will you bear?

She wants to stay, but that is not what the river is – it is pushing forwards, always forwards, and she is back in the desert with a boy with her brother’s eyes and a choice in her hands.

There is one more question – the only question, really. She asks it herself. How much of a soul do you have? She asks, too much or too little? How much is your soul worth?

She doesn’t know, can’t know, but she understands what those sunlit eyes are worth, and this is how she finds her answer. Not him, she tells herself. Not him.

She lowers the gun.

There is a heartbeat, a shaking hand, a gunshot. The bullet enters her leg quickly, just to the side of an artery. It is a bullet, a flinch, the shadow between life and death – it is quick. They say that getting shot feels like burning, like being consumed by a thousand fiery suns. But when the bullet breaks her skin it feels like an answer, like a promise that one day she will cling to this moment and remember what it feels like to burn.

(she doesn’t know this, but a few feet away a boy with brown eyes stares at his own trembling hands, at the weapon clutched in them so tightly that his knuckles have turned white. he knows what he’s supposed to tell himself: she would have hurt him, if he hadn’t done it, hurt his friends, she is dangerous. he doesn’t think these things. instead he looks at his pale, blood-stained hands and asks himself a question. how much is your soul worth? he thinks of his mother at home, of how she won’t let him sit at the dinner table with so much blood caking his hands. his hands tremble with the weight of the world, and he knows, he knows that all of the water in Neptune’s great oceans would not be enough to wash away the stain of what he’d done. less, the man shudders, less.)

They take her prisoner, after that. It is her mind that is valuable to them, the information that they need but what they want – well. They take that too.

I am a weapon, she wills herself, a blade, a fighter.

I am not human, she hears, and metal does not bleed.

She grits her teeth and shuts her eyes, does everything they told her to do. She bleeds all the same, and somewhere, halfway across the world, the river weeps.

Her captors are fair, as far as captors go. They give for everything they take, a bartering system as old as humanity itself. They carve away her flesh and give her holes where she used to be whole, rob her of breath and give her broken blood cells, shattered lungs and the knowledge that Home is an ache she no longer believes. They take life and give her the space between, the pause between inhaling and exhaling, between a not-quite hardened heart and a boy with earth-kissed eyes.

In the beginning, she used to laugh, maniacally, brilliantly, lightning dancing on her tongue. Just to prove that she still could. She did that until she no longer remembered what it was to laugh, until the lightning died and the world forgot how to burn.

Now she is silent, mostly. Her eyes glaze over their shoulders, fixating on the same spot on the wall. Sometimes it is Home, pigtails and freshly-mowed grass, her father’s steady hand on her shoulder. Sometimes it is the river, laughter and the things she earned for herself. Other times she goes to the stream, puts pebbles in her pockets and thinks of a boy with stars for eyes.

This is the price, she knows, for clean hands and – and for what?

For the sun, she thinks as she traces a finger around the scar that sits where the bullet entered her leg and her head and her heart. She feels flames dancing on her fingertips and knows that it is something that they cannot take away. There is a fire that is hers and hers alone, and it is almost enough.

She doesn’t speak much anymore, her voice low and croaking, stuck in the back of her throat trying to sing a song whose title she cannot remember. Hope, maybe. She doesn’t know.

But there are two words that are never far from the tip of her tongue, and she whispers them day and night, like a prayer. Too much, her scars sing, too much.

She knows how much of a soul she has, and this, this is the price she is willing to bear to carry the weight of it. Too much, she whispers, lets out a breath and knows that it matters.

Rina Sclove is currently a junior in high school at Princeton Day School. She lives in Princeton, NJ with her parents, two sisters, and beloved fish, Algae-Won Kenobi. She has previously had work published in Canvas Literary Journal.