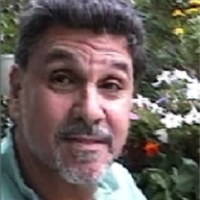 Before a car can drive
without a human,
one must first get behind the wheel.
As the driver accelerates,
stops and turns on local streets,
sensors in the car
record what he sees
and how he responds.

A team of engineers
build software
that can teach the car
how to behave
from the human data.

Software is installed
in the waiting car
eager to drive on its own
and mimics the choices
made by the human driver,
making it autonomous.
It won’t get drunk,
tailgate, smoke pot, text,
explode in road rage.

The property of light
does not give ownership
to those who see
only material things,
illumination elusive,
for even the blind
need to find their way
through the darkness.

Old king coal
was once the soul
of American heating,
keeping us warm,
those who could afford it,
in bitterest winter.

Then the arrival of oil
created turmoil
when environmental concerns
and new capitalists
proposed a solution
to air pollution,
stop burning coal.

Conflict wasn’t overt
like the Civil War
between Southern agriculture
and Northern mercantilism,
but bituminous magnates
had a lot invested
that they didn’t want divested
and resisted stealthily.

There’s no doubt the coal barons
bought oil stock, wells, companies,
but they wouldn’t give up profit,
no matter who it poisoned.
They finally got a champion
in candidate Trump,
who played the miners for a chump,
promising new jobs
if they elected him.

Only desperate men
could ignore the boom
of shale oil, natural gas
that would end the rule
of traditional fuel
because it was easier to get,
cheaper to get, cleaner to use,
at least in comparison
to dirty old coal.

Coal powered plants are closing,
so less coal is needed.
Fewer miners are needed
while the insulated bosses
no longer dig holes in the ground,
just chop off the tops of mountains,
a massive assault on nature,
but still profitable.

The American way
has gone astray
that once allowed many
comfortable lives.
Now fewer and fewer
of the endangered middle class
still don’t realize the goal,
to make them as obsolete as coal.

My love has departed.
I wait beneath her window
in the pouring rain,
hoping to catch a glimpse
of the one I lost
and I have become drenched,
waiting to see my beloved.

HONOR THIS by Amy Nocton