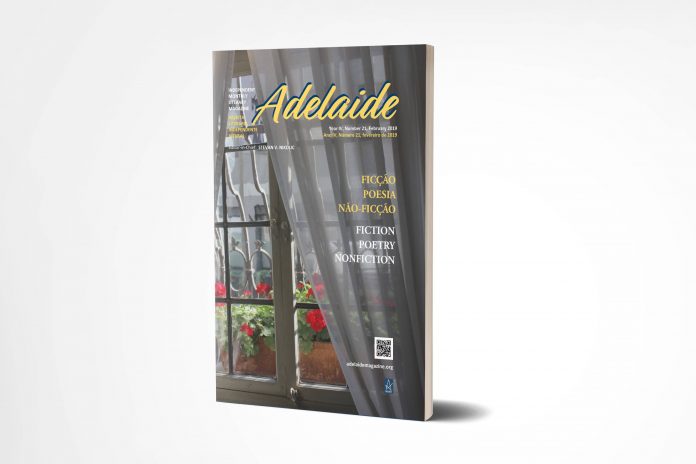 It wasn’t fully explainable, the fog of sadness clouding the morning last summer when Integral Tree and Landscaping came to chop down the tree that had lived alongside our house for over one hundred years. Rising twenty feet from alongside our driveway this tree, almost overnight, lowered a tired branch into an unwitting dagger. The tree is “declining”, wrote Angelo from Integral, having  “numerous smaller dead branches and a history of multiple branch failures” and this, less ominous than a second opinion offered by a laconic local arborist, declaring “four seconds” from detachment to death should one of its larger branches unmoor unannounced. Our daughter moved away from the Hudson Valley to New York City several years ago and it appeared that the tree, too, had also outgrown our home; the imagining of its slow decay resulting in the midnight loss of one of its extravagant gnarled branches through the window and into her room, onto her bed perhaps, on a night when she returned home was one thought too many. The day of its dismemberment we took photo after photo of our tree as it lost height and limb, becoming unrecognizable to us in its slow undoing.

These trees we live with come in and out of focus, the maple behind our kitchen  over time the single most important architectural feature of our house, standing at the back of our small blue-stone yard with a grey trunk that dwarfs the delicate wrought iron patio furniture I inherited from my grandmother, as uncomfortable to sit in as the dresses worn by its original settlers.  Rudimentary science tells me that this maple was less significant when we bought our house twenty years ago, but it was nearly invisible to us then. We couldn’t have known that it would come to protect us, spreading its branches and rocking at summer storms that pass down our block.

When I was five years old my mother and I lived in Berkeley in a cottage on Dwight Way tucked behind a bigger house and accessible from the street by a driveway that turned into a pathway that opened into our front yard.  My father had moved to New Jersey when he left, and seasons were punctuated by his arrivals and departures and by greeting cards of the sort that aren’t made any more: Cards the length and width of a cereal box, textured with real felt and real sparkles smiling greetings like  “Someone in Princeton Luvs You,” or crawling with cats whose tails are made from yarn, meowing: “You’re the cat’s Pajamas.” It is before breakfast and I see him striding down our path to the cottage at first hazy and indistinct, rounding the corner where the driveway ends and opens up to our front yard, its fuchsias dripping down from the branches, sprinkling him with the water off their spidery legs as he brushes by them with a tuneful hum and an almost imperceptible skipping step. I know it is May because this day is my birthday, and he must have taken the “red-eye” from Newark to Oakland arriving in Berkeley not long after I would have woken up and maybe before I even had the chance to start wishing he didn’t live on the other side of the map thumbtacked over my bed. I ran down that wet path, nightgown flapping around my legs, his laugh low and sweet as he catches me. And I know that if this is not a dream, my running towards him that like might have provided exactly the sight to make that nighttime airplane ride at the end of long academic semester worth it.

There is still a park in Oakland called Children’s Fairyland, although then there was a creature who inhabited it named Robin Goodfellow, and she had long brown hair and played the tin pipe and I thought she loved me although it was probably my father that she loved, and she came and she played for me on that birthday and in this particular memory she is following my father down the path that morning, chirping out “happy birthday to you” on her recorder  (though this particular detail feels unreal to me now).  Checking this memory, I searched on-line for Children’s Fairyland and Robin Goodfellow and found to my astonishment many photos of Children’s Fairland from 1950 to the present, unchanged, with its entrance still a free-standing large multi-colored pastel  F-A-I-R-Y-L-A-N-D behind the oversized shell of an old woman’s shoe. Surely she once found me curled up and laughing inside that shoe, and I imagine I might find us hiding in there if only I could see into my computer screen.

My father visited us in August last summer. Walking with my step-mother into our living room in Rhinebeck with his soft beige sweater thrown around his shoulders and his jaunt, he is so much like the man he was and looks for a second like the picture I have of him standing in front of Sather Gate, gazing out from the university onto Telegraph Avenue the world placed then just the way he figured it. But a longer look reveals something else, a man of ninety with a smooth round moon face, wide-whale corduroys and loafers, clothes similar to those he would have worn during the heady days spent teaching and writing. And I notice that as he walks into the house in Rhinebeck that he has visited many times, he hesitates for a moment as he expects to but does not recognize it, as if he wonders whether it is  (as he has been reminded) his daughter’s house, but feels now uncertain that it is the house of someone he knows.

The world falters in little ways, and sometimes it fails us in big ways. The dog end of that tree cut down by Integral still sits in our backyard a year later. I am aware that it will be a vestige only to future inhabitants of our house, basically unseen and certainly unremarkable. But this stump, our stump, stands out to us now. It serves as a daily perch for birds and squirrels as it provides a constant reminder of where our tree stood before it outgrew us. That very first evening last summer after Integral had left, I sat and watched as one of those squirrels began to scamper up the stump and when it came suddenly to where the tree wasn’t anymore, planted itself at the ledge, looked up, and began to screech, long and continuously. I lived alongside this tree for more than half of my adult life, and had never realized until that night how many squirrels had lived or played in its velvet branches until I heard a squirrel make a noise of mourning and terror.

My father died unexpectedly at the end of this June. Calling their house in Brookline from a trip back to Berkeley, I looked out over the eucalyptus hills behind the house we were visiting as my stepmother answered sadly but calmly and told me that we’d lost him that morning, just like that. Lost him.  As if bringing him back may be a matter of finding him. As if his never coming back suggests some failure on our part to look hard enough.

Taking down the tree alongside our driveway took two full days, and cost us over $4,000. The cost was obscene, but felt like a bargain compared to the thing we spent it to avoid at all costs, the dismemberment of a limb when we least expected it, the difference between life and death nothing more than the mindless swell of wind.

Another picture of my father sits in our house.  I imagine he’s in Amsterdam, Berlin maybe, as a large and low Neoclassical building hugs the cobblestoned plaza where he is standing. He is wearing a Fedora tilted slightly off center and a trench coat and is looking off to the right, away slightly from whoever is taking this photo.  My father isn’t smiling in this picture but he is relaxed, confident, in mid-sentence or mid-thought and his stance is active — he is on his way somewhere or he knows where he’s going–. For so long the world was a place completely known or knowable to him; and what wasn’t known he set out to conquer.  That moment when the world would become unfamiliar to him would have been as far away then as the horizon is invisible to us now, as we sat in our back yard last July, that summer night the tree was finally and fully gone, gazing out towards the empty sky where it had been.