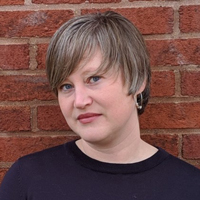 AN ATTACK ON SCHOOL PREMISES
by Andrea Taylor

They gathered the entire staff in the auditorium after dismissal and told us about the sexual assault that occurred in the staff parking lot early that morning. The unnamed victim was a staff member. She was hospitalized due to stab wounds, but the wounds were non-life-threatening. There had been a knife involved. And force. The attack took place in the victim’s car. The attacker got away. They could share little other details at this time due to the sensitive nature, but there would be an investigation.
If anyone has any information or saw anything, please let us know. We will be looking at camera footage.
We’d noticed the police cars that day. Anyone could see the white vans if they glanced out a window, and if they happened to avoid windows all day, they certainly heard about it at some point, if not from another teacher, then from a student.
Ms. Dawson, why are there cops outside?
Is there an active shooter in the area?
Are they doing a drug search?
We all looked around the auditorium to find familiar faces as the administration spoke in their somber tones. Who was missing? Who was the victim?
They would give us more information as they could.
Please go in pairs to the parking lot as you leave. Try to in the morning as well. We needed to pick buddies like the kindergartners when they had to go to the bathroom.
Some people can handle news like this. They don’t have ghost-like images imprinted in their brain every time they close their eyes. My coworkers all had blank faces as they listened. I wondered if my expression looked as horrified as I felt.
The principal, Mr. Fletcher, did most of the speaking, but he was flanked by the two assistant principals. Mr. Craig stood to his left frowning. Ms. Schmidt stood to his right in a pea soup green pantsuit. Next to the two men, she looked so small.

My friend Bryan found me after the meeting. Terrible news, right? Who do you think it was? Can I walk you to your car? We had been told to leave early, to go home and be with our families or alone with our frightened thoughts. I took Bryan up on his offer.
Outside the air was cool. Staff members descended on the parking lot in pairs, everyone talking in hushed voices to each other. How could something like this happen?
I glanced around the lot for cameras and didn’t see any. I asked Bryan if he knew where they were. He shrugged. I watched Bryan for a second as he walked beside me. He could never rape a person. Bryan and I had both started teaching at the school at the same time. He was a passionate history teacher with a hobby of comic book reading.
I was hit with the unsettling thought that I’d walked through the staff parking lot in the early morning. Had I walked past her car? Could I have helped her, but because I was glancing at my phone hadn’t noticed an attack happening next to me?
We made it to my car, and he asked if I would be okay. Sure. Going straight home.

What does a rapist look like? The next day, I wondered this every time I passed by a male coworker. Teddy, the custodian who greeted me with a happy hello every morning in the teacher’s lounge as I poured my coffee was a big man. He had to be at least 6’5”, 250 lbs. At least. Is that all it took to rape someone, size and brute strength?
But there had been a knife involved, so maybe not. Maybe the attacker had been small. As short as Mr. Werner, the music teacher, or as skinny as Mr. Abrizzi, the health teacher and cross country coach. I was the same size as them though. I felt I would surely be able to fight them off.
I stared at my male coworkers’ hands all day. Some were larger and stronger-looking than others. How do you measure a rapist? Maybe it’s not something physical, maybe it’s something deeper, something you can only see in the eyes.
We had not yet heard if the attacker had been identified, if it was someone on premises with a pass to get into the staff parking lot or someone random who had scaled the fence. I knew it couldn’t be Bryan or Muhammed or Francis. Those were the male coworkers I knew well. Or I thought I knew well. Could they be capable of something so horrid?
Certainly, it couldn’t be Mr. Hu, the photo teacher with a kind demeanor and mannerisms that reminded me of my father. Was my father capable of raping someone? He couldn’t be. What about my brother? He was in law school and went out drinking with his lawyer buddies often. What if he got too drunk one night, and a woman told him no?

That night I had a dream that I was walking through an endless parking lot full of cars. The cars were all empty, but I kept peering into each one, afraid of what I might find. The sense of dread I felt told me I would eventually find something.
And I did. A car that looked like mine had a shadow in it. As I neared, I saw that the shadow was a man. He wore all black, and he had no face.

The victim was Victoria Perez, third grade teacher. She was a young, petite woman who was the life of the Elementary School happy hours according to her friends. She would be taking a leave of absence and would need a sub until further notice.
I tried to imagine what she’d gone through in those early morning hours. I tried to imagine being raped. I don’t know if I would ever feel like myself again. My insides would feel as if they weren’t my own, as if they no longer belonged to me.
Ms. Dawson, is it true a teacher was raped?
Where did you hear that?
My mom saw it on the news.
My eighth-graders found out everything. I told the student it wasn’t anything she needed to worry about. She was safe. But was she? I resumed reading aloud from Of Mice and Men. We were nearing the end, and I wasn’t sure if I was going to be able to get through it this time.

The next morning, I headed into the teacher’s lounge to fill up my coffee mug. Teddy, the custodian greeted me with his usual hello and big smile. As I stepped further into the room, I spotted Mr. Rawlins, the phys ed teacher talking with Bryan and Mr. Craig. They all looked up as I entered.
There was no one else around, just me and these four men. I acted like I forgot something and slipped back out without pouring coffee. I willed myself to be smaller, so small I would disappear.

The camera footage was useless. Apparently, the cameras hadn’t been working for some time, but no one had noticed because no one had any reason to watch them. They were old cameras anyway, and from my conversation with one of tech guys, even if they had been filming, it was highly unlikely the quality would have been good enough to see anything.
We learned one more piece of information in the following week. The cops estimated the time of the attack to be around 6:45 a.m., about the time I arrive to work. I felt sick when I learned this and decided I needed a cigarette. I sought out my friend Maria, the eighth grade math teacher, and bummed a cigarette from her.
The smoking area outside faced the staff parking lot, and I’d forgotten this until I got there. I hadn’t smoked in years and hardly ever at school, so I barely went out there. I stood facing the lot, staring at all the cars. Was someone being raped right now, and I couldn’t see or hear it? What if that same attacker was out there somewhere in the bushes surrounding the lot, waiting.
I smoked hard and fast. The smoking area was also adjacent to the playground, and the elementary kids were at recess. I could hear their excited shrieks and blissful voices. I could hear the teachers on duty talking.
I went to see her, and she’s a mess.
God, the poor thing. I can’t even imagine.
We should get her a card or something.
I leaned back against the brick wall of the school and smoked harder and faster as I stared into each car I could see from this distance, searching for something, a shadow, a knife, a woman’s face filled with terror, a man’s face filled with malice. I saw nothing.
Ms. Ryan, Adam took my jump rope.
Adam, did you take Kaleigh’s jump rope from her?
It was my turn. She wasn’t sharing.
Okay Kaleigh, you have had the jump rope all recess. It feels good to share, remember?
I stamped out my cigarette on the brick and dropped it into the sand bucket, glancing once more at the parking lot. Nothing stirred. I shuddered. Maybe it doesn’t always feel good to share. Maybe instead of teaching kids to share, we should be teaching them to own.

They never did find the attacker. It turned out he had been wearing a mask, so the victim couldn’t even identify him. We had one more meeting in the auditorium where the police explained what they knew, which wasn’t much more than we’d already heard through rumors, and one of the school psychologists spoke about how to discuss rape with students in case the topic came up.
After that, new gossip began to take over the old gossip, and the school days chugged on in their incessant way. No one spoke about the incident anymore, aside from the day we learned that Victoria Perez wouldn’t be returning. There was talk that day.
God, I can’t blame her.
I don’t know if I’d ever be able to come back.
Can you imagine?
Though my nightmares have died down, I still see images when I shut my eyes, imaginings made worse by the unknown. And sometimes still, as I pass by a male coworker in the hall, I fold into myself a little, shrink, try to make myself small.

Andrea Taylor is a Columbus, Ohio-based writer who has been published in The Blue Penny Quarterly under her maiden name, Andrea Kline. She freelance writes for the local Columbus magazine, (614), and she is currently pursuing her MFA at Lindenwood University while working in technology.