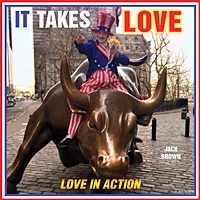 THE RHYTHM OF TIME

This is the hour of the cat.
One with the night.
On the street.
Air parted as she was
gliding in through lamplight
between cars over curbs.
Flexing on paw pads.
Claws gripping concrete.
Grey sidewalk become sentient.
This cat-this creature-was called.

In the backyard she knows
and is known.
Removed from the hustle
of city strife. Free
to pursue her midnight
inquiries. Fulfill instinct.
Keen pleasure of the hunt.
Delighting curiosity.
A companion to mystery.

ONE NIGHT IN THE BRONX

Caine was one of “The Lost Poets.”
Truth telling performance poets.
I lived above him on East 6th Street.
Until June put him out.
Collapsed on the stoop.
One inconsolable
intoxicated morning.
Then he was gone.

His buddy Saint-Anglo for Santos-
was a poet and free jazz
piano player. Wouldn’t hurt
a soul. One night in the Bronx
Saint got high and his mouth
ran away with him. Someone
took him seriously.
Put a bullet in his head.

Saint and me used to
sneak into NYU music rooms
to play and write.
Said if I ever stopped
making music he’d come back
to haunt me. That was
before
one night in the Bronx.

The night Apollo 11 astronauts set foot
on the moon, Sunday July 20,1969, “One small
step for (a) man and one giant leap for mankind”
I was in the ghetto in Rochester New York. A white boy.
A Vista Volunteer gone native for the night.
Baby Sister-a big baby-at 6’2” and 280 say
“ You welcome here. If you want something
to eat you go in the kitchen and eat it.
If you got something you want to fuck
take it upstairs and fuck it.”
Baby Sister was plain spoken.

The brothers around the card table
in the living room had been tasting
long before I got there. One voice say
“ I hear Albert King playin Mr.Wonderful”
Another say “Piss on Mr. Wonderful.”
A  notion highly irreverent and far more
comic than subjecting Jesus or Gandhi
to golden showers. They would likely
transmute it into a spiritual virtue.
Not so Mr. Wonderful.

Being a lover of the Blues without
an inclination to hose I eased to Mr. Wonderful.
Albert-likely blood kin-to B.B. King and part
of the Mississippi Delta Blues brigade
was “bad”. I mean “really good.” Sharp suit.
Pipe. He sweat and sang. Burned and
titillated the strings of his electric guitar.
Albert played her like a woman in the throes.
It was dim and delicious.

Found my way back to the three story
wooden frame house. A few beers
under my belt. Fell out on the couch. The tasting
brothers hadn’t moved from the card table.
Shadow dawn. TV shakes me awake.
A replay from 10:56 pm historical event.
“ Man has landed on the moon.
Man has landed on the moon.”
A pause. Same bruised voice that
disparaged Mr. Wonderful said
“Yeah whiskey’ll do you like that.”

According to “Old Possum’s Book
of Practical Cats” ginger cats are known
for their sense of humor. I call one I live
with “Mr. Wonderful”. If he doesn’t understand
I’m sure he gets the joke.

Outside the rhythm of time.