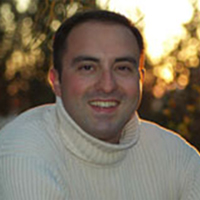 THE LAND BETWEEN
by Brandon Marlon

Once the country of our defeat,
now a liminal ecotone, zone of our appreciation,
an abundant overlap blending
Canadian Shield with St. Lawrence Lowlands
to forge a biodiverse greenbelt of grassland birds,
oaken forests, cattle grazing in pastures,
a natural paradise of wild rice
soon processed or reseeded,
of granite barrens, glacial tills,
alvars, rivers, lakes, wetlands,
home of Muskoka and Kawarthas,
the Trent-Severn waterway, the Delano scar.

Puzzle over petroglyphs etched against stone
as the skink lizard scurries through niches
and shrikes glides overhead, keen to impale prey.

Imagine all those who came before you
and traversed this corridor of wilderness,
whispering to the ruby-throated hummingbird,
observing dark night skies,
partaking of a habitat’s embarrassment of riches.

Considering all the eye-catching pastel and neon
of a haven where every building is uniquely named,
where every hour is happy, small wonder
you only realize several days later
that you’ve been treading all this time
along pink sidewalks cool as the breezy mornings
greeting risers eager for sand and surf,
for the pushback of salty Atlantic waves;
tread nimbly, stroller, else you’re bound to startle
scurrying lizards or grazing chickens down below
while high above by rooftop pools loungers
sipping margaritas and mojitos tan
and speakers blast reggaeton like they mean it.
We all don and doff per activities and weather,
usually paradisal, occasionally catastrophic,
luxuriating for a time always too fleeting,
prompting vows to return and explore
even more in sessions of sun still to come.

If Times Square expanded into a city, a theme park
hub luring wide-eyed comers from all corners
eager to revel in amusements and excesses
contrasting against a spare desert backdrop,
if it were popularized by gangsters and performers
as Mammon’s den, paean to hedonism, ode to overkill,
in time infused with the urge to mimic attractions
from elsewheres, establishing thereby a celebration
of imitation, then indeed it would look much like this.

Like toddlers, fulgurating lights insist on
our notice and attention, whelming then fatiguing
even the most spry among the flock.
Easy marks and high rollers alike,
we linger in herds before geysering fountains,
succored by accompanying soundtracks,
inspired to similarly transcend bounds.

Those wearied by debauchery’s delights
self-respite by digressing to the rouge gorge
awaiting just west, patient and demure, where
iron-pigmented stones compel meanderers away
from the artifice of signage and avarice of slots,
from acrobatics and pyrotechnics astonishing
sore eyes yet falling short of imbuing an akin
sense of serenity amid grandeur.

Dragon’s blood tree boughs stretch upwards
from a grove in the limestone plain, well within
view of red granite peaks whitened by lichen
and towering above snails, beetles, lizards,
and freshwater crabs, endemic denizens
of an archipelago isolated in space and time.

While monsoon winds reshape dunes,
islanders trudge past the fuchsia desert rose
whose rotund trunk belies its toxic bark,
strips of which are claimed by goatherds keen
to spare their kids from feral marauders.

Locals afoot beneath highland mists come
to harvest croton shrubs for medicinal properties
and gnarled frankincense trees for aromatic resins.
The alertest survey the vista, glimpsing among seabirds
a maternal kestrel bearing grub to nestlings
huddled in a recess along the steep cliff.

To outsiders these isles seem remote and harsh,
a landscape uninviting; unbeknownst to them,
the habitat once legendary and at the world’s edge
teems with nature’s variations, a panoply of riches
expressing the diversity of that chameleon, life.

Treating others as you initially intend and prefer,
not according to their behavior towards you, and
distinguishing the person from the person’s behavior
are sibling challenges interacting humans face,
trials at times excruciating, impossible, beyond even
the saintliest and most angelic amongst us.

When is the high road too costly due to its toll?
At what point do actants become identical
with their chronic conduct?

Anger ever endeavors to devour
and so often succeeds, sapping our best selves,
warping our poise, caging our grace.

We are the guardians of our own quiddities;
none else preserves the respectable self-image
each of us cherishes and aims to reify time
and again lest we mar the mirror’s reflection
with blemishes unbecoming.

And yet, when goodwill goes unreciprocated
or we tire of the same harms inflicted
by the same unrepentant perpetrators,
how shall we marshal and deploy – even while
teetering on the fulcrum of the moment –
immanent equanimity, refinement, self-possession,
or a ladybug’s admirable imperturbability,
and thereby transcend baser instincts
anchoring us to the seabed’s depths?

Such struggles are unmonopolized; much remains
to be gleaned from sages and elders, dignity’s paragons
whose exemplum models a mechanism for coping,
a method for discernment, promising the hope
of edification, relief for those conscientious.