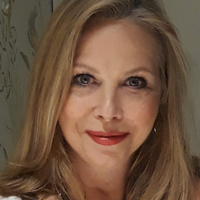 The Consequences of a Dream

Memories revealed as an abandoned home;
It’s paint and wallpaper peeling off of the walls
And rotting interior festooned with cobwebs

With only a sliver of sunlight allowed inside,
I find a standing lamp’s cord resting next to a wall plug;
Their absent connection a distant memory

It’s there I seek the departed in every corner of my slumbered imagination
Hiding behind a curtain of sub-conciousness, they refuse to manifest
And do not follow my script
They reside only in a chamber of recollections
As Invisible apparitions
And when sometimes only their ghastly version emerges
I make my hasty retreat back to wakefulness

Perhaps if I drew the curtain and plugged in the standing lamp,
They could be enticed to come forth bathed in a light of comfort

And it wouldn’t hurt anymore

When the silent movie ends, I awake
With a tearful grimace
Or a smile
Or with relief

And I resurrect
And accept the consequences of my chimerical journey

Waverly Place and the Dying Swan

A gentle breeze of recollection returns me to what no longer exists
Floating in a sea of memories in an 1800’s rowhouse in Greenwich Village, I reunite with my parents, their youth and beauty shaming the cruelty of time

And I am able to dance again—no longer the well-worn model of myself, I Gracefully leap across the creaky parquet floor ignorant of the disrupted peace our downstairs neighbor suffers

And upon that floor:
The swan dies again and again
The broken-hearted peasant girl chooses eternity over romantic rejection
I multiply myself into four versions of my cygnet self
I recreate a tragic Russian puppet and a hypnotic German doll.
The clock strikes midnight and I keep losing my shoe
And bad timing repeatedly causes my tragic end in a darkened crypt

Outside our apartment window, a series of dramatizations unfold before me
I perch on my window seat: a simple pine chest decorated with a red clown motif, stuffed with costumes, toys and drawing pads
I have the best seat in the house as a story of outcasts parade below me on Waverly Place:

When the glorious sunlit morning has banished the previous night’s demons, I espy that same gentleman on the street with his walking stick
He and his paramour on the balcony share a longing look indicating their shared anguish, her entreating posture heart-wrenching to behold.
But he turns away and limps down the street never to return.

And there were the twins; two aged and unseemly creatures not unlike an amalgam of characters
Rendered by The likes of Charles Addams and Edward Gorey
Funny, they were never seen apart
They simply creeped
They watched
They existed
I wonder what ever became of them
Perhaps they died together

Inside our railroad flat all seems well
My father goes out to teach and he goes out to paint in a water bug-infested studio on Christopher Street
And he sleeps a lot
After holding court all night
He always seems so happy for someone who grew up in Europe watching lots of people die
I guess that’s how he learned to love life
I guess that’s how he learned to be an artist
But the demons
Meanwhile,
My mother reads to me
She prepares me for the dance
We mess our hands with flour and water and torn bits of shredded newspaper
And complete the edge pieces

And she keeps quiet about her pain

I witness a perpetual list of the intellectual and artistic, visiting my parents on a regular basis
They  eagerly make their pilgrimage to Waverly Place
Indifferent to the laborious climb up the two long flights of linoleum-covered stairs

As the chiming melodies of their ice-filled cocktails provides an accompaniment to the classical music playing on the turntable
They sit in our living room bearing their souls, exchanging thoughts on art, literature and philosophy,
And gossip about each other
Their forms appear ethereal in a cloud of cigarette haze

And I sit in the audience, rapt
I don’t belong, I am not part of the play
I’m too young
Will I be as interesting and have as much fun when I grow up?
Are they so different from the beleaguered souls floating through the streets of Waverly Place?
Am I?
I wait by the stage door for someone to let me in

Time to go to bed

But the next day, my mother wakes me up and I go to school and I go to ballet class and she will read to me and we will mess our hands in an art project and complete the edge pieces

And the swan will die again and again on the creaky parquet floor.

Now and again I relive the pain of having been left emotionally bereft by those to whom I once chose to hand myself over. A brief ecstasy of Spring’s miraculous rebirth found its way into my soul, my exultation only to be soon dashed by a cruel winter’s icy death.

Thus I learned: don’t be an open book and do not rush to utter your poem to him for surely it will end in bloodshed, not poignancy.

Was a history of amorous road accidents my cruel destiny? Many times I pondered and wept over how the purity of youthful love could have evaded me. Is not the youthful tragedy of heartache everyone’s legacy as the perfect allegory of the starry-eyed duo in the grandest love story of all?

But every ardent encounter begun with a stanza of purity only ended a sullied epilogue.  It seems I forgot to play the part of an enigma lovingly deciphered by my paramour. Instead, my open book was carelessly tossed over their shoulders in favor of less complicated delights. They could have at least read the cliff notes.

Epilogue: My book remains open and someone finally read it.

Dominique Stavropoulos Williams is a native New Yorker who holds degrees in Illustration and Interior Design. She is a former dancer and a member of SAG-AFTRA. Her poems have been published in Adelaide Literary Magazine, Better Than Starbucks and The Big Windows Review. One of her works will soon be appearing in The Voices Project. She writes a blog focusing on Interior Design, Architecture and Art and has additionally written for Array Magazine, a design trade publication. She lives in New York’s East Harlem with her husband and grey tabby rescue cat.