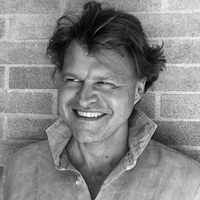 A few years ago I went to Mass, here in Boca Raton, Florida, where I live. Mass began and before the Gospel a distinguished lady went up to the altar: she was member of the association “Citizens for Science and Ethics, Inc.” and she asked us to sign a petition to propose to the State of Florida an amendment that “protects marriage as a legal union only between a man and a woman and provides that no other marriage considered as a marriage or equivalent is recognized and considered valid. “

I found it paradoxical that in a gathering of people (at least 800) who were celebrating brotherhood and tolerance in the name of the One who sternly rebuked others for throwing stones, who suggested that we focus on our own plank instead of on others’ specks, who said plainly that minorities (prostitutes, thieves and publicans) would enter the kingdom of Heaven long before the hypocrites – a lady formulated the request that a homosexual be denied the same rights as a heterosexual.

Finally the Gospel started, precisely the beautiful page of Matthew where Jesus observes that anyone who will do good to the least (to the most marginalized) of his brothers – a practical good, to feed them if they are hungry, to give them something to drink if they are thirsty, to visit them if they are in prison – it will be as if he had done it to Him, and vice versa.

At this point, the priest, a robust young man of Irish blood, without a preamble, said: “I want to tell you a story by Oscar Wilde”, and began to tell “The Happy Prince”. He told it in twenty minutes, in a wonderful way, so clear and persuasive that he seemed Oscar Wilde himself. The flock of believers was enchanted, and the distinguished lady as well, all moved by the inimitable beauty of Wilde’s prose, by the priest’s powerful voice, by the story of the prince and the little swallow, in fact perfect to exemplify the word of Christ. But what the flock of believers or the lady did not suspect was that Oscar Wilde was imprisoned, physically, economically, and morally destroyed, struck in his dearest affections and in fact led to an early death – by a homophobic law.

I’ll remind you of the facts: in 1895, at the peak of his success (in London’s theaters An Ideal Husband and The Importance of Being Earnest were triumphing) Wilde brought Lord Queensberry to court for accusing him of “posing as a sodomite”, Queensberry counterattacked and proved that the accusation was not groundless. Homosexuality being illegal, Oscar Wilde was sentenced to two years of forced labor, stripped of his belongings, his name removed from the theatrical placards and stigmatized. His wife sought a divorce and prevented him from seeing his children (for whom he had written “The Happy Prince”). When he got out of jail, he was a broken man. He took refuge in Paris, where he died on November 30, 1900, at age 46.

Now, more than one hundred years later, on a very hot morning in South Florida, a distinguished lady asks, during a celebration in the name of Christ, that some are denied a right because of the sexual, ethical, religious preference of others.

And the priest (Irish, and perhaps gay) replies in literature, comments on the magnificent power of Christ’s words with the magnificent power of a homosexual’s words. He responds with beauty to the timeless obtuseness of those who claim the right to judge. As saying: “Yes, go ahead, think of always being right, it has always been so and always will be.” A gesture so elegant, bitter, dignified, so supremely useless that I could not help but be moved, recognizing, after more than a century, the invincible greatness of Oscar Wilde.

Post scriptum: Mass was held in a church dedicated to Saint Joan of Arc – according several historians, a lesbian.

Emanuele Pettener was born in Venice, Italy, and has lived in the United States since 2000. He teaches Italian language and literature at Florida Atlantic University. His collection of short-stories A Season in Florida, translated by Thomas de Angelis, has been published by Bordighera Press (New York) in 2014.