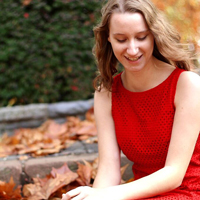 When I am still, I start to think,
And thinking rarely serves me well.
My mind recalls hurt feelings, fear,
And empty threats on which to dwell.

A foreign voice spits, “no one cares,”
A chilling laugh taunts, “second-rate!”
“You’re all alone,” the shadows sneer,
“You’re not enough, child, it’s too late!”

These thoughts do more than come and go,
They bury deep, untouched by light.
They wait for me to drop my guard
And creep upon me late at night.

I’ve heard that I should tell my friends,
But won’t admission prove me weak?
Distraction is the way I’ve found
To make the night not quite as bleak

A movie can divert my eyes.
A blasting song may close my ears.
An easy book might stall the whispers.
Funny jokes will block the tears.

Depression paints the world in gray,
But keeping busy is the key.
Now, when I say, “I’m fine, just tired”
Others never question me.

The teenage girl trudged up the hill
In low-topped shoes that fit her ill.
She grumbled as she took the hike
To play a game she did not like.

When she finally reached the top,
She found that she had missed a lot
Of rules about the game of flags
For which the teens used plastic bags.

The distant sky of misty black
Would make the flag quite hard to track
By light of stars all frosty white
That set the mood that winter night.

As teams were picked and she was not,
She knew that she would soon get caught.
She found it hard to run in snow,
She couldn’t help that she was slow.

Her captain placed her as a scout.
The game began, and she set out.
The game was played like hide-and-tag
While hunting for the other flag.

She wasted time in no man’s land,
And nothing went quite like she planned
Until she saw a boy run by
Right where she sat, a perfect spy.

“Now’s my chance!” she thought with joy,
And darted off to tag the boy.
The ground was slick, but still she tried
To catch him so she’d save her pride.

She tagged him just before he tapped
The base where half his team was trapped,
But to her shock, they all returned
To their own side, escape unearned.

When she charged him with the act
Of cheating, he returned attack,
And said that she had cheated too,
A thing that she knew wasn’t true.

The thought of being so accused
Left her speechless and confused,
But as she raised her hand to slap,
She changed her mind and took it back.

A boy like that would never get
Just why his words had made her hit
Him, so she turned around and went
Back to her room so she could vent.

Makayla Minnich was homeschooled through high school and attended Lancaster Bible College where she received an associate degree in Business. She enjoys Theater and Dance, and spends most of her free time reading. Makayla has written many short stories and poems but prefers to write for the enjoyment of it rather than to publish them.