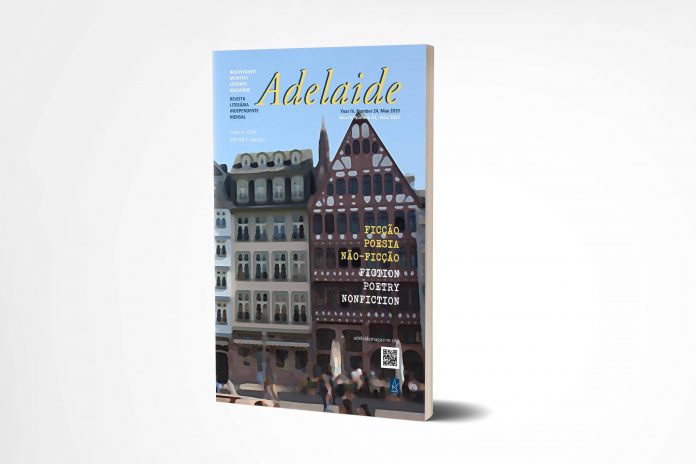 The depressing envelope in Penny Bankey’s mailbox was surrounded by other depressing envelopes that went by the name of Bill now due.
But this envelope out depressed them all as it was a fate worse than death.
Jury duty.
And Penny Bankey had the misfortune of not having ever had a felony conviction.
They got her and she knew they got her.
Penny Bankey was a good person and was a model citizen but at this juncture of her debt-ridden life, and north of the forty-year mark, with things heading south the model could use a re-glue.

But duty calls and if anyone in the world was going to be fair with someone else’s fate, that it would be her.

Duty was calling and she would take the call.

Love never knocked nor spoke nor whispered on that door of hers.
She would have answered if it did but as I said, but no one rang her bell loud enough.
Oh well or not well what really is the the difference?
Loneliness also comes with being with others.
Having a great cat certainly much more than helped.
Penny Bankey was no virgin but close to extinction.
So, jury duty? Who knows what may come of it? Might be an adventure!
But then, like a battered battery, a lot of things start out positive and end up negative.
Or sometimes the way around.
We shall see she said to the cat.

On her way to went downtown Manhattan she and was  approved by both sides.
Damn.
Even after Penny told The American Judicial System that she could not afford to lose work and The American Judicial System said tough shit and when Penny told the company she worked for she would be back when she was done, they said don’t just show up, call first.
Oh, well, Penny Bankey addressed herself, I could always get a job as a waitress, she declared to herself. I’m good at it, she told herself, after all I’ve been waiting all my life for something or another.

The case was going to be not in the exciting arena of  murder, drugs or violence kind, but of the money laundering kind.
The only thing she might learn from it she joked to herself was maybe she would get some knowledge of a better laundry detergent.
Yawn.

Oh well, she had no choice in the non-hanging matter.
Just the way she liked it.

In all her life Penny Bankey always sat in the back.
At the plays she went to, at the poetry readings she sat thru, at the lectures she slept thru, in the back she always was.

When the powers that be brought the jury in to face to face good and evil, Penny was placed front row center.
She felt she was on trial.
She felt she would finally, “Have her day in court”.
As in every dog has it’s whatever.
Now it was her turn and her turn felt nice.

What does anybody really want out of life anyway? But attention and she was now in the spotlight of it all.

Then, when she was seated,  she saw was the defendant.

He was having his spotlight too.

Everything else was a instantly deathly boring blur.

The defendant was her blueprint of beauty.

She thought no matter his personality or bad habits she would want to be with him forever and then some.

In her plain brown eyes, his fate was sealed, and she wanted to lick the envelope.
After all, it’s only money he was accused of, and you can’t cheat an honest man.
What rent, what job, what pet cat at home due to die of old age and diabetes without her there to comfort him?
When she closed her plain peepers, she was  on a tropical island paradise vacation with Mr. Defendant. Him and all the accessories, which were his eyes, his hair, nails that would be running up and down her tanned back.
This did not go unnoticed by the lead defense attorney who put into a motion in the defendant’s ear to start to  not only notice it too, but to take it and run with it.
And run with it he did.
They flirted shamelessly, unashamedly, and endlessly till his lawyer said enough for now.
It ended with a wink. First him, then her.

Our Miss Penny slept beautifully that night after giving her pet cat his medicine, after giving herself some dinner, after having a sweet nice hot bath where she got herself in and off.
She would take her cat off at the vet soon, maybe one day on her way to the heavenly courthouse on account he was drinking so much water and pissing on the couch again.  He most likely  just needed a one of his diabetic touch up shots and everything for around two hundred dollars she didn’t have would be alright.
The next morning.
The defendant looked even better on this pretty, cloudy A.M.
Maybe he had a hot bath bath too and bathed his senses in his memory of Penny like she did of him, for this was how it works and meant to be.
She would see that he would go free and one day in Manhattan they would walk, shuffle, or   run, or fly into each others arms and all the pieces would be clear and more than fit together He will know she set him free and they will be together forever and ever.
On the subway, on the way home, Penny thought maybe dreams do come true, as well as some nightmares.

When Penny got to her door, she went thru the ritual of tapping the doorknob before putting the key in so her pet cat could meow her in, but this time there was no meow.
After tapping some more and waiting some more, she went in and her precious was dead.
She had been thru this, three other times before with other pets and like all those times, before, she cried like there was no tomorrow.
But this time there was a tomorrow. A big tomorrow.
After a thousand or so more tears she put her past love into the soft blanket he always slept on, wrapped it nice with pretty Christmas paper and took him to the East River for a burial at sea.
She didn’t sleep that night for fear drowning in her own out to sea of tears.
In the morning she got dressed and had to use a different notch on her skirt belt on account of all the excitement lately she had been eating less and knocked off a few pounds.
She figured who the Hell can’t lose a couple of pounds and look better anyway?
She wondered if “Her man” would notice.

Penny had a lot of free coffee with the others in The Jury Room down the hall from The Court.
The others at this point of the trial  were getting along fine and everyone at this point in the trial liked each other.
The action helped take away the non-action of her precious pet.
Not all, but you take what you can get.
Nothing new there.
Soon they were all herded down the hall.
As she was seated, she of course lovingly gazed over to the defendant and something was different. Way different.
Sitting right behind him was the most beautiful, most young girl in the world with black hair and green eyes that would make traffic go  lights jealous.
And it was too plain and too much pain to see that she was the defendants and that the defendant was hers.

She realized this was now an arena she could never compete in.

Court is now in session  she was told from her still very front row seat.

Everything went black for a bit, went blind for a spell.
And this was a bad , bad, spell that was cast.
Again, during the proceedings, she heard nothing until the sound of the judge’s gavel called for a “Short recess”.

On her way back to The Jury Room, with the others, she asked the bailiff if she could use the ladies’ room and of course she was told of course.

Soon the jury was called back in and Penny Bankey was still in the ladies’ room.
The bailiff knocked on the door and like Penny the night before waiting to hear from her pet, the bailiff heard not a thing.

He soon went in because he had to, and she was hanging from an old downtown Manhattan ceiling pipe courtesy of her new notch skirt belt.

The sensitive and whit filled headline in The New York Post read “Hung jury”.
And once again the case was closed.