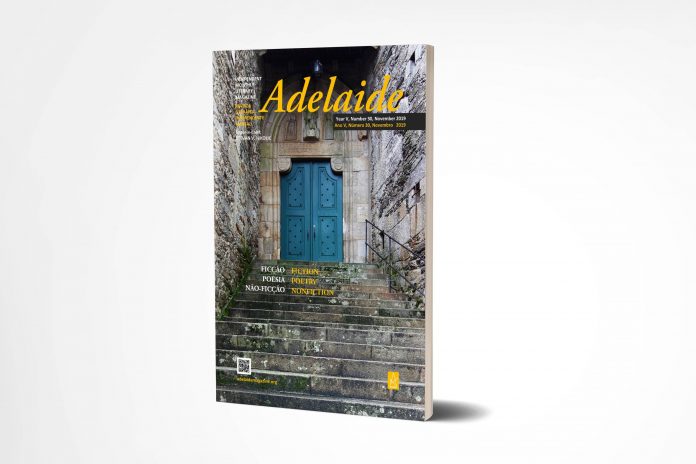 It’s gentle at first. You are five and she sets you in the tub still filling with water. Even on her knees she looms over you, already getting to work with the yellow plastic pail she got you that time at the beach for making sand castles, which she now uses to run water over your head, down you back. At the beach, she took you into the ocean and held you on her hip and the two of you floated out until there was nothing between you and the horizon, the clouds above piled unto a kingdom, and you bobbed there, pressed against the seal skin of her bathing suit, tempering the cold of the water and the heat of the sun, and you felt a part of her and everything was connected, even Daddy still on the shore.

But the water is too hot. The tub keeps filling, and she doesn’t let the sea sponge soak to get soft before starting on your back. The sponge is raw and you hunch and you try to pull away but she has you firm by the shoulder. The skin is bright red now and the hot water keeps pouring in and you hold it as long as you can before you tell her, “It hurts.” But mother is somewhere else now and she continues to lave your back, saying, “We gotta get you clean.” And the dirt and flecks of dead skin, now floating on the grey water as you hear Daddy call from down stairs, he’s going out, and the front door closes too loudly.

You are forty-five, and Anton is leaving. You met twenty years ago at the old limestone quarry, friend of a friend. His face was sewn with freckles, and when he finally took off his shirt, they were all over — his skin a seamless cut from a bolt of rare Milanese cloth, not like you, incondite quilt of red, white, and brown, your piecemeal of arms, legs, back — and he moved down to the water lapping the edge of the quarry, loose in the hips, like some exotic spotted animal. How readily we want to love and create love. On a whim, on a freckle. When the day had passed and your car wouldn’t start, he stayed with you until the fireflies came out and the tow truck arrived, and he gave you a ride even though it was the wrong direction home.

At first he was gentle. And you went to Italy and got married, drove down the coast, west through Sicily and rented a cottage near the tonarra of Scopello. Each noon the padrone’s son, having cleaned the day’s catch, would load the guts onto a flatbed truck and drive it out to a field behind the house. The cats came from all over, their tails vibrating in the air with anticipation, the caterwaul some otherworldly chorus echoing across the meadow, until the son, still in his waders, leapt up onto the truck bed and discharged the mess with a snow shovel. Later, Anton found the kitten, some abandoned, ostracized runt of a tom. Its belly was bloated with worms, but he took care of it through the summer and kept him safe from the feral clowder, naming him Pommodori, as he was orange like tomatoes.

And who’s to say what happened in those interim years? He wore at you, you wore down together, until all that was left was the lave. At first he was gentle and then he takes you from behind, grabs you by the throat and holds you down like a dog, your head pressed to floor, tongue out, teeth bared. “I can’t stand you no more,” he says. And so, there in the early morning light, you look about the room he has left, the unmade bed, the dresser drawer hanging open and the clothes strewn about the carpet, all the things that are left.