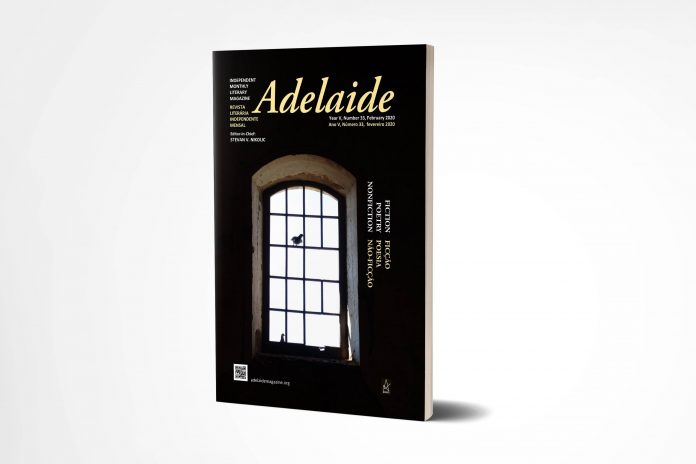 DID I STUTTER?
By Alan Berger

No one ever in any of Joe’s classrooms starting from kindergarten ever thought that he would ever be P.H.D. material.
More like P.H.Duh material.
So thought the students, the teachers. And Joe occasionally, here and there, himself.
His folks believed in him only because they were supposed to.
Just don’t ask them to take a lie detector test.
Joe had a terrifically, terribly bad stutter problem.
But only when he spoke.
Which was not too much.

After high school he didn’t want to disappoint his highly educated parents by not making the debating team of any college that would not accept him, so, he joined the Army.

After three years of saluting this and shooting that, he moved to The East Village in New York City and became a restless peace officer.

He didn’t have to wear a body cam during training at the academy, but he did have to wear one on the job.
No big deal.
He didn’t plan on doing anything wrong and maybe he would save a life and be on T.V. one day or night or both.
He liked that his beat was Washington Square Park.
The structure made him think of Paris although he had never been there.
He still didn’t talk much.
He didn’t have to because his partner, an old timer, talked enough for the both of them, thank you Christ very much.

One day when they were patrolling the park, the senior of the un-dynamic duo was again spending more time on the park toilet than on the beat.
He didn’t handle diary that well after a half dozen free cream filled donuts.
Joe had a cigarette and waited nearby as was the familiar custom.
Joe heard groans coming out from the toilet facilities which was nothing new either.
Soon he realized they were coming from the ladies’ room and not the men’s room.
Then he heard that magic word coming from a woman.
The word was help.
He rushed in without even taking out his gun and saw a guy choking out a woman on the floor.
He kicked the guy in the head and grabbed him by the neck and squeezed as hard as he could while the woman rolled away.
He yelled for his partner who had heard the whole thing but was still mortally attached to his toilet seat.
His partner yelled out, “Read him his rights and I’ll be right there, good work”.

Joe started to read the guy his rights but could not do it without the stuttering.

They threw the case out of court on account the defendant did not get his precious rights read properly for all to see and hear courtesy of the body cam and Joe was kicked out of what by now he called, “ The New York City Police Farce”.

He  a job with Uber and thought about finding a maybe opportunity of being a vigilante like Charles Bronson in those ,” Death Wish”, movies.

One day he picked up a familiar face.
It was the face of the impetus of his former cop days.
He pulled into an alley and the face asked what was going on.
Joe got out of the car and opened the back door had once again, by the neck squeezed as hard as he could.
A choking blurb  of a sound asked him what he was doing? and Joe flatly and very clearly said, “I’m going to beat the Hell out of you”.
The guy said ,”What”?
And Joe said,” Did I Stutter”, Like Charles Bronson would have delivered and went  about his un-official business.
He gave himself a five-star rating for that particular ride.

Alan Berger has written and directed two films on Netflix. Has had over forty short stories and poems published since 2018. He shares an apartment in West Hollywood with a cat named ‘Iron”.