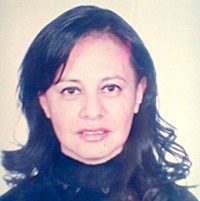 THE SULLEN ROAD
by Susie Gharib

I fell in love with his shadow which wavered every time he passed by my window, a profile with no features, but whose footsteps echoed in a rhythmic fashion that made me wish it would continue for evermore. No one knew his name, whence he came and whereto he went. He kept his face submerged by a hat and was nocturnal in his habits. He left his apartment as soon as all traces of the sun were obliterated from the horizon of a very quiet neighborhood. There was not a single pub in our area, and children went about their business with hushed voices and any boisterous child got his proper chastisement. No wonder ours was called the Sullen Road. The only sound that reverberated for nearly five minutes was the rhythmic treads of Mr. Unknown. Respect for privacy had over the years become the norm in that suburb which boasted amity amongst its neighbors but with measured aloofness, so no one tried to befriend or approach the new neighbor who apparently preferred solitude.

His comings and goings became the hands of my clock. My life began ticking as soon as his footsteps penetrated my wall. I stood mesmerized before my curtained window and patiently waited for his shadow to fill my eyes with warmth. His strides became an alphabet that constituted a language of its own. I learnt it letter by letter and by the time I got addicted to Mr. Unknown, my ears could comprehend each footstep that was audible in my camouflaged room. My curtains allowed me to see through without jeopardizing my reputation as the most serene and self-sufficient woman in the neighborhood.

Louisa, the only friend I had, asked me out on several occasions to dinner but I had to decline each invitation because it would deprive me of my daily dosage of romance. I ran out of excuses, so I had to confide in her for she elaborately expressed her mortification at my shunning her out of my world. Were we still friends? She kept pestering me with unremitting remonstrance that enjoined a response.

“I’m in love,” I said, taking Louisa by surprise, as we were having a breakfast of buttered scones in our favorite cafe in a shopping mall.
“What!” Louisa responded, her face looking like a rainbow in the wake of a storm.
“I am enamored with …,” I stopped, not knowing what to say next.
“With!” repeated Louisa in the manner of an angry parrot, bent on teasing the surrounding spectators.
“A neighbor’s…,” I stopped again, feeling an utter sense of helplessness.
“A neighbor’s good looks!” said Louisa, hoping her intervention would unleash my tongue, but utterances refused to leave my throat.
“Joyce, take a breath and spit it out. There must be something wrong upon which you are choking,” said Louisa with contrived calm.
“He’s a shadow,” I said, with tears fast filling my shadow-tinted eyes.
“What do you mean by shadow?” Louisa responded, placing her hand on her forehead, her way of showing alarm.
“I have not seen him face to face,” I tried to explain.
“But you have spoken to him,” said my worried friend, hoping the answer would be in the affirmative.
“No,” I answered, unable to maintain eye contact.
“You have dumped my many invitations to dinner for the sake of a mute shadow,” said Louisa, with a tone of bitter disappointment.
“I cannot explain Lou. He is a presence. When he passes by my window, he charges me with energy. I vibrate the whole evening and would not be able to sleep before his return, which is as punctual as Big Ben,” said I.
“What if he disappears one day, or should I say one evening. You do not know his name or even his face. This is self-torture, Joyce,” she pleaded with sudden softness.
“I dreamt of him the other day. He took off his hat and revealed his face to me, which became lit with the silver of the moon and he had inky eyes, dark blue and magnetic,” I said, hoping that the texture of a dream would endow my affair with actuality.
“Inky!” exclaimed Louisa in a semi-scream.
“The color of the sea when seen from a ship, far away from land,” I continued, with no intention to upset my friend.
“This sounds like a fictive character that has come to life from some book you’ve been reading,” said my pal, with disbelief contorting her features.
“Lou, it’s real. Do you want to see him tonight?” asked I.
“Yes. Let’s sort this affliction out, you and I. When do you expect your bundle of shades this evening?” asked Louisa, with apparent relief.
“At nine-thirty,” I answered with a resigned voice.
“Nine-thirty then,” said Louisa and abruptly veered the subject to her ailing cat.

We stood opposite the window the next evening, I trembling with anticipation, Louisa with apprehension, until his footsteps resounded in the room. I beckoned to Louisa to keep calm, so she stood transfixed like a pillar of salt. As he passed by the window, the shadow looked agitated and for the first time paused for a few seconds then resumed his usual pace, but with discordant steps. Distress took hold of me. Had he seen Louisa standing next to me?

“Joyce, I have to leave. This has unsettled me. We discuss this tomorrow morning,” she said, rushing out of the house as soon as the shadow’s footsteps faded.

I waited the whole night for him but he never graced my window with his silhouette. Louisa called the next day and told me that she was feeling indisposed, so we postponed our meeting to an indefinite date. Nine-thirty came with no footsteps to enhance my heartbeats. The shadow vanished from the neighborhood and Louisa never called again. For years I frequented our café hoping to accidentally meet Louisa and restore our friendship, but she disappeared from our favorite spots and never returned my calls. When I gave up, I learned through an acquaintance that she recently passed away and was given an address where I could offer my condolences.

I arrived at a beautiful house the next day and hesitated before ringing the bell, not knowing what sort of reception to expect. A tall man opened the door and ushered me in, then with an agitated face asked me to wait for Louisa’s mother to get dressed because they were not expecting any guests. Before I could utter a single word of apology, he picked up a hat, whose contours I knew by heart, and abruptly left the house. I learned from Louisa’s mother that the man with the inky eyes was Louisa’s widowed husband, so with a single sigh, I left the house without paying my condolences