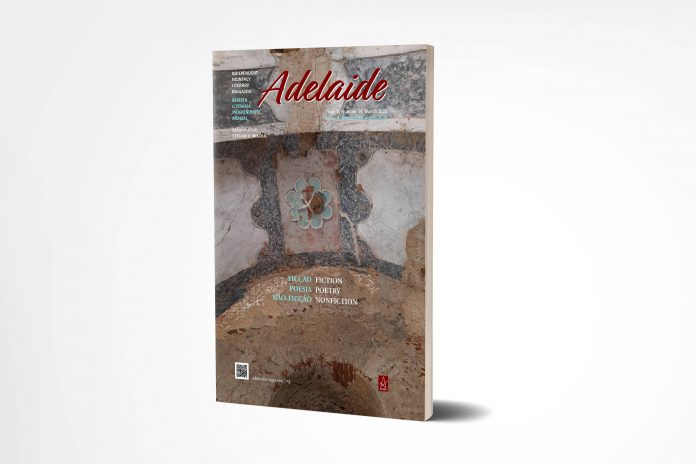 “That’s like the fifth or sixth time this month,” the Sheriff says. “God, some of these cracked out farmer types are something else.”

The police cruiser arrives at the farm, Cole and the Sheriff got out of the car and make their way up along the dusty road on a hill. There’s a large white sign with green lettering at the base of the hill. With Silvies Valley Ranch on the sign.

The dew from the grassy pastures around the farm shimmers in the early morning light as they continue up the road. Fog forms as they kick up dust before finally making it to the farmer’s house.
A man is waiting for them outside pacing back and forth.

Both officers make their way to the farmer. In a panic, the man rushes them through the barn and into one of the grazing grounds. Five young bulls lay dead in a circular pattern in a dried-up patch of grass deep in the middle of the field field.

The Sheriff gags as he stares at the carcass. The bulls look emaciated. It reeks of death and decay. The morning sun heats the corpse as some of the skin starts to melt off the body of the animals.

“What in the hell?” the Sheriff says shocked.

“I don’t know what happened to them, Sheriff,” the farmer says. “I came out here about ten minutes ago to check on them, and I found them like this.”

“Cole, get back to the cruiser and call for backup,” the Sheriff says.

“I’m on it, Sheriff,” Cole says, rushing back out through the field back to the barn.

The Sheriff pulls out a pair of sterile gloves from one of the compartments on his belt and pulled them over his hands.

“Is their drinking water clean?” the Sheriff asks. “It could be something in the water that killed them.”

“That couldn’t be possible,” the farmer says. “They drank from the same place yesterday and they were fine.”

“Are you using pesticides that could harm them?” the Sheriff asks.

“Of course not, Sheriff,” the farmer replies.

“We’re going to help you find out who or what did this,” the Sheriff says. “We’ll see what we can do for compensation.”

He continues examining the carcasses.

“There’s symbols here,” the Sheriff says. “Circles with lines cutting through the middle, squares with triangles in the corners.”

“Wait, Sheriff, you hear that?” the farmer says.

The Sheriff stops and tries to listen but nothing made a sound. A translucent outline of some kind of creature starts silently moving in the tall grass moving closer to the two men. The creature starts making clicking sounds. The clicking turns to hissing. Then a seven foot tall muscular humanoid creature emerges uncloaking from it’s camouflage revealing itself.

“Sheriff, behind you!” the farmer yells.

The large creature is armored in sharp angled scraps from neck to toe.

“Oh my god,” the Sheriff turns to meet the gaze of this creature

The creatures screeches with the four mandibles extending revealing rows of teeth. The piercing yellow slits the creature had for eyes locks onto the Sheriff.

Both men book it through the tall grass away from the creature trying to get back to the double doors leading back into the barn. The creature pulls out a blade, using it’s speed it leaps on the farmer. The creature starts repeatedly stabbing the man in the back with a chiseled blade. The creature screeches in victory over the corpse sprinting after the Sheriff.

The Sheriff makes it inside the barn out of breath and slams the two wooden double doors with all his might and trying to find something heavy to block the door. Cole makes it back in time to see the Sheriff with his back to the double doors trying to keep the creature out.

“Sheriff, what the hell happened!?” Cole says. “Where’s the farmer?”

“We need to leave now!” the Sheriff yells back at him. “Come over here and help me!”
“What going on!?” Cole says.
He puts his back to the doors alongside the Sheriff.
“What in God’s name is behind that door, Sheriff!”
“A creature of some kind,” the Sheriff replies. “Alien”
“Alien?!” Cole replies.

“Damnit, Cole! find something to block this fuckin’ door and lets get the hell out of here!” the Sheriff says.

Cole surveys the barn, he manages to find a massive two by four a hammer and long nails just a few feet away on cutting board inside the barn.

“Over there, two by!” Cole says

“I got it, go!” the Sheriff replies back.

Cole rushes to grab the items and wedges the massive plank in between the handles. He slams the long nails into the wood. It splinters as the creature pushes on the door and Cole nailing the wood down.

“Hurry up, Cole, I can’t hold it back anymore!” the Sheriff says.

He’s dripping in sweat trying to hold this creature back with the doors digging his feet in the dirt to push the door.

“I got it!” Cole says pinning the last nail in the wood to the door.

The Sheriff leans off the door. The door holds and the creature continues to slam on the wooden doors. The two men high tail it out of the barn and they go down the hill. A loud bang and bright flash make the two men turn around. A beam of light shines on top of barn as a massive mothership reveals itself.

Michael E. Amato is a writer currently living in Orlando, Florida. He was raised in Chicago, Illinois.