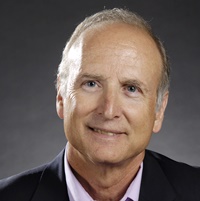 The troopship was leaving Lisbon
for the war in Angola,
its deck covered with soldiers
gazing back.  Heavy sun fell
on their shoulders, and their shadows
darkened the armored steel
that knifed through the water
past the docks,
past the Magellan Monument
and the beaches.  Their last glimpse
of home through sweat and tears
must have been like a painting
in which tiny splashes of color
formed trees, houses, swimmers,
cars on the coastal highway.
What they saw was who they were,
and they did not move or speak,
nor did I, as if to do so
would have kept us from remembering.

Sousa March on the Radio

They found him slumped
against the steering wheel,
coffee splattered on his suit,
radio still on.

Since that last day of his life
I finished a book and started another,
picked a bunch of ripe tomatoes,
admired an owl in a fir tree.

Clouds bloomed and wilted,
and the moon smiled
to its fullness on a night so clear
you could see its freckles.

Summer heat showed signs
of letting up—heavy dew
in the morning, brown leaves
swept away by wind.  I wept

at his funeral.  The next day
the deejay sent us all to work,
as always, with a Sousa march
at seven-thirty on the dot.

At an open air bistro in Belo Horizonte,
a mountain city of Brazil, we drink
cachaça, made from sugar cane, and sink
into the valley of the evening.  Monte,

the word for mountain, rhymes the city’s name
in vowels that flow like waterfalls.  I love
this country, ask my new friends what thing proved
most memorable in mine.  As one, they claim

it was “the garbage man.  He has a life.
He earns enough to marry, own a home,
and raise his children with at least some hope
of mountains they will have a chance to climb.

It’s not an easy life but he can strive.
The dustman here does just one thing: survive.”

The poetry of David Lee Garrison, a retired professor of Spanish and Portuguese, has appeared widely in journals and anthologies, and two poems from his book Sweeping the Cemetery were read by Garrison Keillor on “The Writer’s Almanac.” The title poem from his Playing Bach in the DC Metro was featured by Poet Laureate Ted Kooser on his website, “American Life in Poetry,” and read on the BBC in London. He won the Paul Laurence Dunbar Poetry Prize in 2009 and was named Ohio Poet of the Year in 2014. He lives in Oakwood, Ohio.