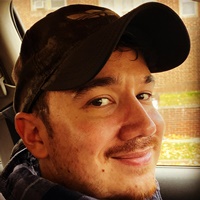 “These guys have been around longer than us!” Jasper says to Ruby as they admire the Galapagos tortoises at the Como Zoo.

“I bet they’re wiser than us too!” says Ruby.

Jasper and Ruby are a pair of inseparable sweethearts who ceremoniously retired from their Post Office jobs on the same exact day, though it ended up being a few years later than originally planned. To enrich their free time, they started a new tradition by going to the zoo together once a week, and they haven’t missed a single visit.

One of their favorite zoo animals is an Orangutan named Amanda, who loves to paint on canvases. Every time they see her, Amanda sends them big smooches.

“She really likes us,” says Jasper.

Ruby’s eyes light up and she smiles as bright as the sun. “I’d much rather put up Amanda’s art on the wall, instead of some of that strange stuff I see on the television.”

“Ain’t that the truth,” says Jasper as he coughs again.

Jasper and Ruby lovingly hold hands and make their way toward the Hoofed Creatures.

The two gaze up at a trio of magnificent Giraffes and their towering necks and their long blue tongues and their gentle eyes.

“They look like they can see into your soul,” says Ruby.

“They look like they know something that we don’t,” says Jasper.

“We’ll never know what that is,” says Ruby.

Jasper and Ruby continue on the path toward the Aquatic Animals. Ruby slows down and begins to breathe heavier. “I just need to sit down for a second,” she says.

Jasper holds Ruby steadily and sits her down on one of the benches near the food patio. “I’ll go get you some water,” he says.

Ruby looks over at a bin that reads: “Help keep the environment safe and recycle your old cell phone!”

Jasper comes back with a bottle of water. “Here you go sweetheart,” he says.

Ruby takes a small sip of water. “I wouldn’t know how to work a cell phone if I tried,” she says.

Jasper sits down next to Ruby. “Now they got those smartphones,” he says. “I heard they can make people do stupid things.”

Ruby attempts to stand up. “I’m ready to go see the Polar Bears,” she says.

“Are you sure you don’t need some more rest?” asks Jasper.

“Okay,” says Jasper as he helps Ruby up from the bench.

Jasper and Ruby head inside to the Polar Bear exhibit. They stare through the glass in awe as the formidably sized mammals with the thick, white fur glide through the cold water like they don’t have a single care in the world.

“It’s amazing how their coats keep them so warm,” says Jasper.

“If things keep going the way they are I’m afraid they might be too warm,” says Ruby.

The couple takes one final stroll through the zoo.

“It’s so sad to think that a lot of these animals might not exist in a decade from now,” says Ruby.

“Tell me about it,” says Jasper. “Future generations will have to learn about them in school in the way we learned about dinosaurs.”

Ruby sighs. “What a world.”

“They always say that elephants never forget,” says Jasper. “So we should never forget them!”

“You’re so good with the sayings,” says Ruby.

The two walk speechless for a few minutes.

“You know,” says Ruby. “There will come a day when one of us won’t be around to go to the zoo.”

“I don’t think I’d be able to come here without my sweetheart,” says Jasper.

“I would still want you to go,” says Ruby.

“Do you promise to do the same?” asks Jasper

Ruby leans her head on Jasper’s shoulder as they listen to the rainforest birds sing.

Zach Murphy is a Hawaii-born, multi-faceted writer who somehow ended up in the often chilly but charming land of St. Paul, Minnesota. His stories have appeared in Peculiars Magazine, The Bitchin’ Kitsch, WINK, and the Wayne Literary Review. He lives with his wonderful wife Kelly and loves cats and movies.