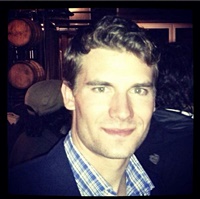 Remember How We Were
by Jonathan Vollinger

Jonathan Vollinger is an emerging fiction writer living in Dallas, Texas. He is currently working on a collection of stories involving a central character, Mark Maddux. “Remember How We Were” is the second story in the collection. The first, “Papa,” was previously published in the Saturday Evening Post.