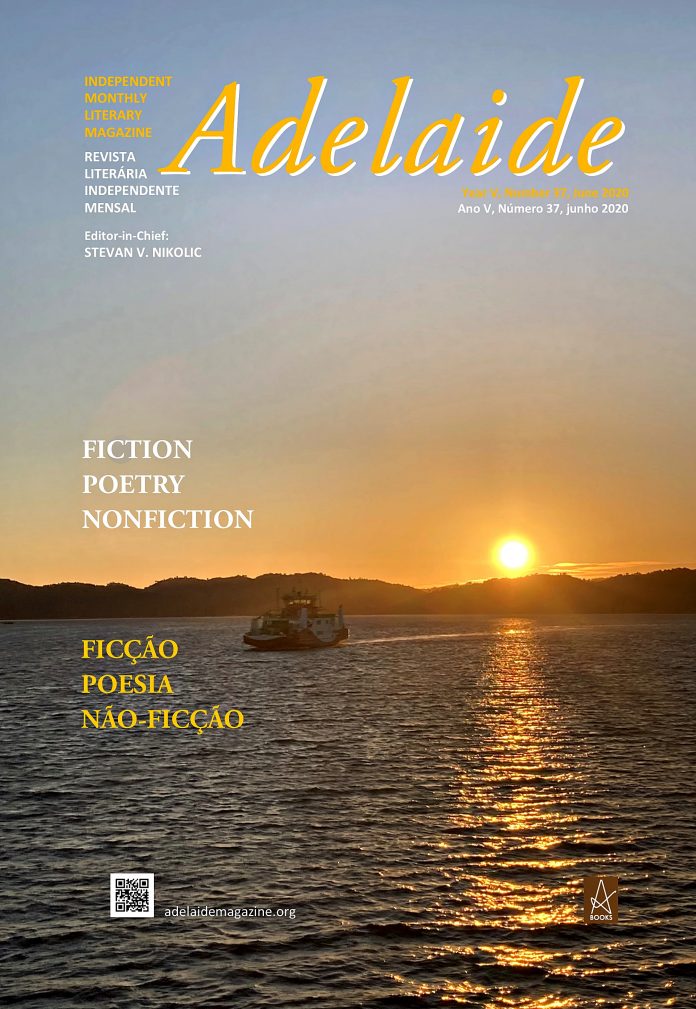 TOGETHER AT LAST
Thud! That’s me, playfully hitting myself in the forehead, wondering why I hadn’t thought of this before. Go and visit her. Go, even if you have to pay someone to drive you there. At one time, she had been my closest confidante, my surrogate mother.
The Uber driver arrived promptly at 10 a.m. I’d eaten an enormous bowl of oatmeal with peanut butter and blueberries. As a person with diabetes, I’ve got to watch my food intake, balance it like a trained seal with a ball on his nose. Wherever I go, glucose tabs go with me.
What kind of car was this? Long and black, like a hearse. A Toyota. Joab and I introduced ourselves. He was a Muslim, handsome, with short slicked-back hair. I made sure he knew where we were going, reading the address off a piece of paper.
“Joab, I can’t do my seat belt. Please help me.”
He turned around and in an acrobatic motion, clicked in my belt.
After he did so, I noticed there were four small bottles of water next me.
“Water?” I asked.
“I’m pre-diabetic,” he said.
Then we talked.
“How do you stay awake?” I asked.
“Coffee,” he said.
“Coffee? But Muslims aren’t supposed to drink stimulants.”
“Muslims can do anything they want,” he said.
Later, I realized I was confusing Muslims with Mormons.
We talked for the 45 minutes until we arrived at Manatawny Manor outside Pottstown, PA. He drove to the front door and helped me carry in my bundles. I snapped his photo, which I put on my blog.
Whenever I imagine a place, it’s always different in person. As I signed in, I noticed a dreadful-looking creature, a former human being, with sparse hair sticking out all over and an open mouth.
I gave her a weak smile. At first I thought it was my Helene.
The receptionist, or as I call them, her captor, told me where to find my girl.
Whatever would she look like? My blog was filled with photos of when she was in her prime. An artist gallivanting around with “the art crowd” in Philadelphia. She introduced me to Robinson Fredenthal, who smoked Gauloise cigarettes in a blue package, and Chris Ray, a sculptor, who was now writing modern music on his keyboards.
Walking down the carpeted hallway, I watched for Room 26A.
“Knock, knock,” I said as I entered.
“We just spoke on the phone,” she said, “and it seems like you got here in 10 minutes.”
“Listen, I’ve gotta use your bathroom,” I said.
I slithered into the loo where an iron contraption lay over the toilet. I settled myself over the toilet and peed. I washed my hands and peered into the mirror. I still had my warm hat on, pulled over my ears, and removed my sunglasses and stuck them into my pocket.
Now I was ready for the audition, as if I were a model.
“You look good,” she said.
I had worn my best clothes for this 91-year-old woman. She asked to see my earrings.
Removing my red earrings, I handed them to her, noticing her gnarled hands and hoping mine wouldn’t get that way.
“Cloisonné,” she pronounced.
“Really!”
She told me to pull over a chair. There was one lone chair to sit on.
“Put that cushion on the chair. It’s from Peter. He bought it for me.”
It was on the dresser and I plopped it on the chair. Immediately it fell off.
“Never mind,” I said.
“Roommate! Roommate!” cried a woman with flabby arms and a crucifix on the wall.
“Should I answer her?” I asked.
“No, she rang the bell for the nurse, but they take their good old time.”
“Are you hungry?” I asked.
“What did you bring me?”
“You said you wanted a hoagie, so I got you something from Subway.”
At the instructions of Sue, the Indian-American manager, I had refrigerated everything over night, except for the hoagie roll, and now spread it out proudly onto her highchair tray.
“Oh, it looks awful,” she said.
She tasted the turkey slices, the tomatoes, olives, and green peppers, and insisted she didn’t like them.
“May I?”
“Go ahead,” she said.
I pulled out my diabetes needle, stood up and injected 10 units in my belly, which was already decorated with black and blue marks, from where the needle had punctured me. Not to worry, said my family doctor.
“Next time you come,” she said, “bring me a hoagie from Wawa.”
“Yessum,” I said. “Where’s some water?”
She pointed me to her dresser, where I took a bottle of Deer Park and gulped it down.
“Hey, I wrote you a poem,” I said, removing it from one of my bags – a black Audubon bag with birds seeming to fly off – anywhere other than Manatawny – and pulled out an envelope that read “HAR.”
Helene Ann Ryesky.

TOGETHER AT LAST
Queen Helene
I’ve been preparing
for this trip ever since
we sat around the table
in Jenkintown licking
envelopes and chatting
in a desultory fashion.

You had your Hesselblad
What a name!
What pictures you made
In that dark room at
1565 Bauman Drive

A Day for Ourselves
February, the longest month,
with an extra day at the end
to stare at the moon
and howl!

She loved the poem.
One of the nurses entered her room.
“Megan!” she said. “I want you to meet my good friend, Ruth Deming.”
We nodded to each other.
“Here’s your lunch, Helene.”
It was a peanut butter and jelly sandwich. Helene began cutting off the crusts and then asked me to touch the bread.
“This is bread?” I asked.
“This is what counts for bread in this dive,” she said.
It was hard as a rock.
She insisted I taste it.
“I will,” I said. “But then I’m gonna spit it out.”
It was like eating sand. A former boyfriend of mine, Simon, who died of cancer, said everything he ate tasted like sand.
I spit it into a paper napkin.
I stood up and stretched.
She admired my pink shirt.
“That’s very pretty,” she said. It was striped and had black patches on the elbows.
I bought it in Paris when Sarah and I went a few years ago.
“Sarah wrote a book, you know. ‘Gravity’ is the name.” I explained it was about boxing. That Sarah was a former boxing champ. I knew she would have forgotten.
Helene was cramped into a corner of the room. She kept a box full of necessary items on a small bedside table. She reached inside, and laughing, pulled out some Orbit Gum.
“Lauren sent me this. I’ve never tried them.”
With her curlique’d fingers, she pulled out two pieces of gum, each shaped like a pillow.
Jokingly, I put my head on the gum and began to snore.
Then I crunched into the gum.
“It’s delicious,” I said. “I’ll chew it awhile until the flavor goes away.”
On her bedside table she had a Catholic bible a volunteer had given her. It was inscribed to Helene.
“I don’t know what to do with it,” she said. “I’m certainly not going to read it.”
I offered to take it home and donate it to my library. For God’s sakes, we never throw books out.
I spit out the gum.
And looked at the clock. I had been there an hour. Time for me to call an Uber.
I went out into the hall and got permission to use the phone at the nurse’s station. “Dial 9 first,” said the nurse. Called my sister Lynn, who has the Uber app.
On the way back to Helene’s room, I passed “the lounge.” About seven people were inside. The room thrummed with life. I asked if anyone could join them, then worried that they thought I was old and elderly and wretched. I was, but said nothing. I do have various ailments but none that would kill me immediately.
Trotting into Helene’s room, I told her what I had found.
Helene had never left her room once since she’d been at Manatawny Manor.
Nurse Megan offered to wheel her over.
And, miraculously, Helene wanted to go.
She found her voice in there. She repeated everyone’s name, including Joe Barnshaw, a volunteer who came from Collegeville, home of Ursinus College.
“I get tired from talking,” she announced. “But I’ll see you again. Okay?”
Sure, they agreed.
My Helene would be a new woman. She also told me she wanted a camera. A purple Nikon just like mine.
When we worked for Art Matters magazine, she took the photos and I wrote the profiles. And fell in love with both Chris Ray, who died of stomach cancer, a couple of years after he dumped me, and Robinson Fredenthal, whose mind was muddled with early-onset Parkinson’s from smoking too much dope.
I kissed Helene goodbye, not easy, as I had to lean way over her “high chair” railing, took one last pee before I left, and promised to bring her an Italian hoagie from Wawa next time I came.
Ruth Z. Deming has had her work published in lit mags including Mad Swirl, Scarlet Leaf Review, Bookends Review and Adelaide Magazine. She lives in Willow Grove, PA, a suburb of Philadelphia.