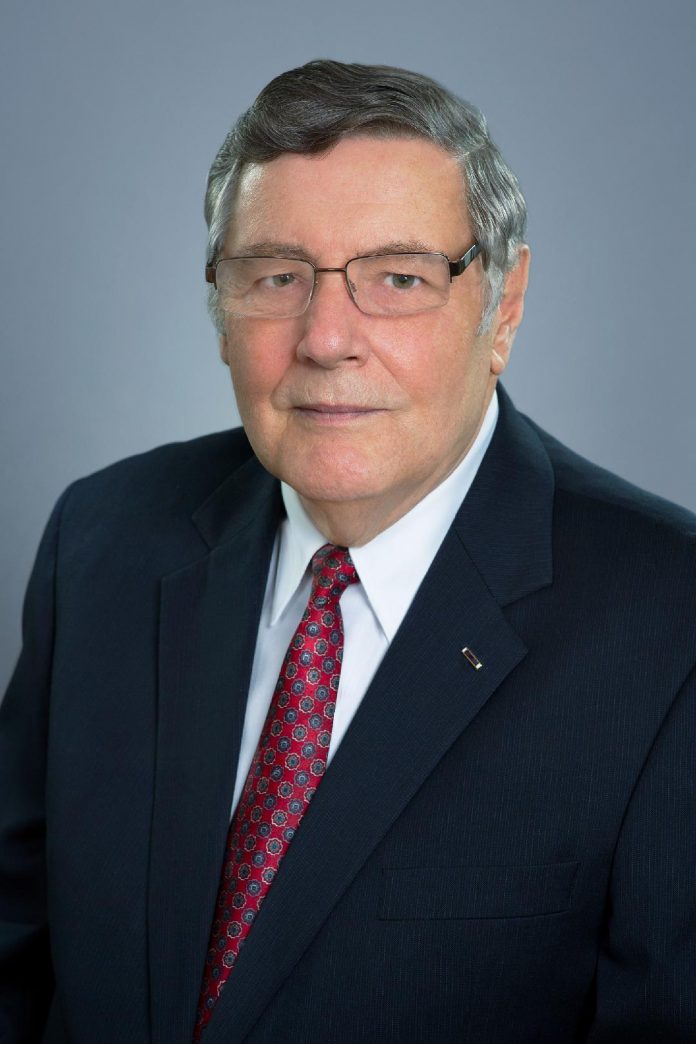 1. Tell us a bit about yourself—something that we will not find in the official author’s bio.

I was born in Louisiana and spent the first eight years of my life in New Orleans. As an “Army Brat,” I l then lived on military posts all over the US and Germany, from Ft Meade, MD to Ft Bliss, TX, from Ft Benning, GA to Ft Lawton, WA—with stops at Ft Sill, OK, Ft Leavenworth, KS and Ft Baker, CA. In all I attended 9 different elementary schools, 2 junior high schools, and 4 different high schools, eventually graduating from Tamalpais High School in Mill Valley, CA, just 5 miles north of the Golden Gate Bridge. Needless to say, I was always the new kid on the block. The military was a part of my life from the very first day and remains so now. That probably explains why I became an Air Force pilot. Guess it’s in my DNA!
2. Do you remember what was your first story (article, essay, or poem) about and when did you write it?

In my junior year of high school I wrote a short story for my English teacher, Mrs. Arkills. It was a fictionalized account about two young Army soldiers who during the invasion of Southern France in 1944 accidentally travel to a French village still occupied by the Germans. Their adventures dodging Nazis with the help of the townspeople so impressed Mrs. Arkills that she had the story published in the local newspaper. My reaction to being a published author at age 16 was mostly one of indifference. The real boost to my ego came from receiving an A on the project!

3. What is the title of your latest book and what inspired it?
My latest book is The Many Lies of Zoey. Inspiration for the story first manifested itself as a Valentine to my hometown. New Orleans is not just a setting—it’s a supporting character, with the city’s high-profile traditions, glamorous past, and complicated present helping to shape sibling bonds in a New Orleans family. How do you tell someone about the Big Easy? It has survived fires, floods, hurricanes, plagues, and flourished just one foot above sea level. For me, this living, breathing wonder encompassing both the past and present has always represented a lot more than just Bourbon Street in the French Quarter, Mardi Gras parades, or Dixieland jazz. It has spawned its own mythology, its own soul, and has touched generations of people around the world. For those fortunate enough to call it home, New Orleans is not just a geographic place, it’s an epic poem, a euphoric state of mind, a prism of luminous light, a dulcet harmonic tone, a pleasing bundle of nostalgia. Unfortunately, New Orleans also has its share of sons of bitches, winos, bag ladies, and dysfunctional families.

Besides New Orleans, the idea of taking a no-holds-barred look at sibling relationships inspired my novel. In The Many Lies of Zoey, the brother-sister relationship between Sam and Zoey is—like New Orleans—decidedly peculiar, one that combines various degrees of obsession and disdain, trust and betrayal, greed and charitability, dominance and submission, using and being used. In each of their international adventures, the siblings shed light on the price of unbridled ambition and unchecked obsession in human relationships. Sam and Zoey may also form a literary paradigm for co-dependency, with nearly all the positive and negative consequences such relationships entail. My hope is that readers will readily identify with the themes of racism, dysfunctional families, obsession, promiscuity, the drug culture—all current topics in the headlines.

4. How long did it take you to write your latest work and how fast do you write (how many words daily)?
This project probably took the better part of three years to write. The initial effort actually proceeded quite rapidly—about a chapter a day (I never held myself to a daily word quota). The real time-consuming effort involved multiple revisions and edits. In some cases I tweaked particular segments half a dozen times before they passed muster.

5. Do you have any unusual writing habits?
I have an office in my house—a “man cave.” I do virtually all my writing there, usually between 6 am to 11am. When I’m writing, I draw a complete blank unless I have classical music playing softly in the background.

I’m not sure if it qualifies as a form of artistic expression, but I’m an avid bluegrass banjo player. I got hooked in college listening to recordings by Bill Monroe and his Blue Grass Boys. I was especially impressed by banjo player Earl Scruggs. He was noted for popularizing a three-finger banjo-picking style now called “Scruggs Style” that has become a defining characteristic of bluegrass music. I bought a second-hand banjo and have been picking away ever since.

The Journals of Lewis and Clark (Meriwether Lewis). The ultimate adventure story and the most underrated heroes in American history. My dad gave me this book for my 12th birthday—I wanted a new bike. He asked me to read it, and if I still wanted a bike instead, he’d get it for me. To this day, Journals is one of my most prized possessions.
Next I got hooked on Tales of the South Pacific by James Michener. My favorite collection of loosely linked short stories. The focus is on characters: young naïve, idealistic Americans caught up in the epic WWII struggles in the South Pacific. Michener digs deep into the character and behavior of men at war and makes many a pointed observation on courage, boredom, discipline, love, and sex. Read this book and “Bali Hai” does indeed call.
My favorite (and most influential) novelist is the renowned Nobel Laureate, Mario Vargas Llosa. Three of my favorites are The Time of the Hero, Conversation in the Cathedral, and The Bad Girl. For me, Vargas Llosa’s style encompasses historical material as well as his own personal experiences, a style I’ve humbly copied. He frequently uses his writing to challenge the hypocritical vagaries of society, and one of the main themes he has explored in his writing is the individual’s struggle against irrational human behavior, a theme I’ve explored in my novel, The Many Lies of Zoey. He helped me find my voice and has given me a deeper appreciation of how to string together nuanced settings, personalities, and life events in a way that enriches characters and deepens plots and subplots. Writing quality fiction is impossible without mentors and masters you admire. Vargas Llosa’s writing for me has been nothing less than a veritable blueprint.

8. What are you working on right now? Anything cooking in the wordsmith’s kitchen?

Currently I’m researching a World War II historical novel set in the Ukraine at the site of a notorious massacre of over 33,000 Jews by German forces in 1941.

9. Did you ever think about the profile of your readers? What do you think—who reads and who should read your books?

I think my novel, The Many Lies of Zoey, has the commercial potential to attract a wide adult audience—male and female. I submit that as a historical novel and as upmarket fiction, it has the ability to infiltrate lots of book clubs, writers groups, and take off as a stand-alone product. In researching the genre of historical novels, I discovered a number of recent examples—all on the New York Times best sellers’ list: All the Light We Cannot See; The Light Between Oceans; War Brides; The Japanese Lover; and The Nightingale. A simple Google search turned up hundreds of others. It would seem there’s a huge market for historical novels with millions of readers. I have no expertise at judging numbers, but based on experience from the sales of my other books, I’d project well into the thousands—hopefully more.
Why read the book? Because the compelling story of flawed brother and sister protagonists has now seen the light of day—perhaps for the first time. For the general reader, my book examines both the extreme and the very personal experience of sibling relationships. I think there’s a powerful immediacy that draws the reader into the story.

10. Do you have any advice for new writers/authors?
I strongly suggest that a new author take his/her own literary temperature. If you’re not really passionate about the subject, your work will come across as lackluster to publishers and readers. Also, get a top-notch literary agent!

“Your destiny is in your ow hands. If you write a story people want to read—a story that grips, characters that people care about, your book will sell.” Anne Perry

Generally I read 12-15 books a year, usually a mix of historical fiction and military history. However, during the COVID-19 lockdown, I’ve taken to reading about a book a week. Right now I’m exploring two books. In the nonfiction department I’m reading Sonia Purnell’s best seller, A Woman of No Importance. I’m also reading (actually re-reading) South of Broad by iconic novelist Pat Conroy.

13. What do you deem the most relevant about your writing? What is the most important to be remembered by readers?
Tough question and somewhat presumptuous of me to answer. Ultimately, the reading public will decide what’s relevant about my writing—if anything. Hopefully the take away for those readers will be that my novel, The Many Lies of Zoey, is a skillful blend of inspired premise, larger-than-life characters, high-stakes conflict, and deeply felt themes, all played out against well-researched international settings. That research stems from the fact that my novel is based loosely on my insider experiences as an Air Force pilot, as the air attaché at the American Embassy in Bangkok, and as a liaison officer to the State Department in Washington, DC. Additionally, I hope readers will take into account that my story also looks back to the struggles of a previous era and reflects on how time recalibrates mores: routine lives periodically interrupted by emergencies, laced with unresolved issues, dragged along from the past.

14. What is your opinion about the publishing industry today and about the ways authors can best fit into the new trends?
Without question the publishing industry is a business in a state of flux. A few big houses control the industry, and literary agents have become the gate keepers (road blocks?), deciding what authors’ works get considered. It’s been that way for years. But with the advent of e-books and self-publishing, technology has provided budding authors with viable alternatives. For example, marketing has almost always been the purview of the publisher, but now independent authors can use tools like Amazon Marketing Service to advertise their books. Also, indie authors are finding success with audiobooks. And editorial services are now out there for the independent author. Low book quality (a prevalence of typos and grammatical errors) can lead to poor reviews or readers giving up on a book or an author altogether. I’m convinced that new technology and services in the publishing industry will only continue to grow and expand.