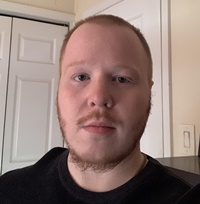 Bo Fisher lives somewhere in Queens, New York. His fiction has appeared in Monkeybicycle, Potluck, The Fordham Observer, The Underground, and Contraposition. He’s worked in kosher Chinese restaurants and butcher shops; in schools and bookstores; on golf courses and literary publications; and for a short time in 2012 he held a position titled “goose slayer” for which he won’t go into detail. He can most likely be found @BEdward26 threatening to fight Mr. Met or reminding Mike Huckabee that he is going to hell. Bo is originally from Columbus, Ohio.