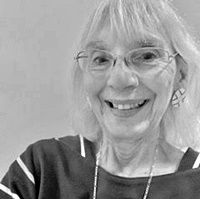 It is a rain pinging, downspout gurgling, wind gusting, pines shushing, leaves swishing night. It is a game after game of solitaire losing night. It is a facing eternity, an aging awareness, a “what’s life all about?” night. It is a tug of war between graceful acceptance and angry depression night. It is a slow ticking of time, of darkness until the first filaments of dawn infiltrate the recesses of my brain with a new day’s promises night.

The Night is Dark

A lone man walks the empty streets, roaming slowing, shoulders stooped, hands pocketed. A sliver moon, thin as an old woman’s white hair caught in her comb. The air, warm and fragrant as the old woman after a splash of perfume she saves for special occasions, yet the old man shivers under his faded flannel jacket, the one with the elbow patches.
He listens to the chirps and clicks of crickets, katydids, the trilling of tree frogs, occasionally momentarily silencing some of the singers when his sloping form brushes against a bush.
It is late. Houses are dark, doors locked, dogs inside. All are asleep, except for an insomniac sitting alone, one light burning, the glow of a television flashing figures and faces.
The old man pauses and wonders about the female occupant sitting alone in a chair. Young, at least compared to the old man, a blonde in a green robe. She raises a small glass of dark liquid and sips, draws on a cigarette and sips again.
He moves on, sensing a discomfort at his intrusion into a stranger’s life. Each to his own, he thinks. Some take to drink. Some take to pills. Some slip inside themselves and walk the streets alone, without a soft hand to hold, without a voice full of excitement and plans for the future, the indeterminate future that, for some, come too soon with painful surprises, leaving his hand empty and grasping nothing but air and pain.

koto music
to relax, ease my spirit
to give me wings
homing me to a place
of tranquil memories

My date promises a special dinner, an adventure in eating. He heads west towards Hollywood, towards the Sunset strip. I think Musso and Frank’s Grill, Chasen’s, Scandia. He is mum.
He turns right and winds his way up, ending at a rough parking lot below a large, one-storied wooden structure in the style of a Japanese house with low hanging eaves. The grounds are overgrown and appear to have been neglected for years. My date tells me this once was a hotel with bungalows hidden in the shrubbery and trees, a trysting place for those seeking anonymity.
We walk up a gravel path after examining the alternative, a rickety wooden staircase. At the top, we cross a moon bridge over a koi pond which extends under the building into an inner courtyard and are met by a woman wearing a deep blue kimono splashed with cherry blossoms and white cranes. She asks if we want “inside dining in Japanese manner with view of koi pond or outside in Western manner with view of city.” Only then do I notice what’s behind me.

My date has reserved seating inside, and we are led along a wooden veranda, passing rooms, some open, some closed with a heavy paper screen, to our private room. Our hostess slides the screen open.
“Please to remove shoes,” she says. We do as she does and enter an exquisitely, flawless, sparsely decorated room with a low table in the center, square pillows for sitting, tatami mats on the floor, and a slightly raised alcove against the far wall with a blue and white vase holding a single bird of paradise. To the right of the alcove is another sliding screen from which our servers enter and exit. They come bearing hot cloths for cleansing our hands, cups, bowls, chop sticks, and a hibachi. While our chef prepares the meal, we sip hot sake and listen to the strings of a koto that someone is playing by the koi pond. My eyes flit from watching the chef to my date.

how does love begin?
a word, a look given
a meal shared?
the way to a heart
has many paths

Adelaide B. Shaw lives in Somers, NY. She has been creating Japanese poetic forms–haiku, haibun, tanka, tanka prose and photo haiga–for nearly 50 years and has been published widely. Her collection of haiku, An Unknown Road, won third place in the Haiku Society of America’s Merit Book Award in 2009.  Her second book of haiku, The Distance I’ve Come, is available on Cyberwit and Amazon. Her third book of haiku will be out later this year. Adelaide also writes fiction and non-fiction has been published in several journals. Some of her published Japanese short form poetry are posted on her blog: www.adelaide-whitepetals.blogspot.com