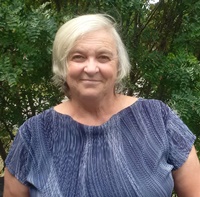 Jamie shivered, and pulled the covers closer around himself. He escaped into his book and illuminated every word with a flashlight. The sounds in the rest of the house became a distant backdrop.  On Aladdin’s magic carpet, he rode far away from the fray.

He hid his flashlight and books in the third drawer down on his dresser. Three was his number. He was born the third day of the third month in the year two thousand and nine. Nine was lucky, being a multiple of three. The third drawer was his enchanted spot, and nothing he hid there had ever been found out.

He heard Keith smash his mom against the wall. After a loud thud, she screamed. Last time he tried to help and ended in the hospital for a week.

His mom said to stay put from now on.

“The hospital won’t believe you fell down the stairs again. Keith stops hitting me before he does any real damage, but I think he would kill you if you interfere again.”

Jamie knew Keith would seriously harm him, but he found it hard to leave her dealing with that monster alone. Life was so much better before Keith came to

live with them. His mom worked at the hair salon and could afford new trainers for him. The only shoes he now had were worn down at the heel with holes in the toes.

got home himself. There were always more brown bottles in the fridge than anything else. It sounded like one just smashed against the wall. Jamie trembled. Not with fright but with the desire to run to his mother.

The next morning, his mom wore sunglasses again. No sun in sight, at least not at the kitchen sink where she stood hunched over wiping her dried blood off the counter.  She turned away, but he still saw.

He felt helpless and insignificant. He took a bag of empty bottles to turn in for lunch money. Passing a shop, he had never seen before. He stopped to look at the books in the window. A wizened ancient man beckoned him in. The man’s face was deeply tanned and wrinkled like Jamie’s fingers when he stayed in the tub too long.

“You like books, boy?” The man smiled at him and opened his arms in a gesture to the shelves of books behind him. A sleek black cat was lapping milk from a saucer at his feet. When it meowed, Jamie thought he heard, ‘hello.’

Jamie forgot the cat when his eyes spied the counter covered with colourful rocks, shiny metals and small glass jars filled with spices or maybe magic potions. There was a large glass orb that swirled with different shapes inside. It undulated and moved with the beat of his heart and danced just slightly above the counter.

Awesome! Was this man a conjurer?

“Yes, I like books,” he said. No bookstore Jamie had ever seen was like this one. Not that he had been in many.

“You have the look of a scholar. Adventure for a boy like you, I think.” The man smiled, observing Jamie’s fascination with the orb.  “Interesting, isn’t it? Go on, boy. You can touch it.”

Jamie tentatively touched the swirling crystal globe. Gently the oldster covered Jamie’s smooth hand with his wrinkled one. Two distinct beats pulsed in their hands and gradually the rhythm merged. Jamie wasn’t afraid. He lived with a monster and knew this man was not one of those.

He probably wasn’t a conjuror either— just a funny old-timer. Or was he?

The man withdrew his hand from the orb and disappeared to the back of the store.  He returned with two books, the cat twining and purring around his legs.

“The orb picked these for you. One is to read and one to write your stories. Stories have a way of coming true if written properly in the correct book. The orb knows you have need.”

“Jamie, my name is of no consequence.”

He knows my name. A Conjurer for sure.

The man that he now thought of as a conjurer motioned to Jamie’s bottles. “Leave those here in payment and take these books away in their place.”

The conjurer continued, “One book to take you off on an adventure. The other book you must write in and make your story powerful as it has every possibility of coming true.  I have said this before but repeat as it is of utmost importance.”

From the folds of his kimono, he presented Jamie with a bookmark. It had ‘999’ embossed in gold. “Three things are powerful indeed, and this page keeper will remind you we met on the ninth hour of the ninth day of the ninth month. He has my numbers.  There are lots of three’s in that number. My numbers!

Jamie left the store, feeling the cover on the book for writing in. It felt like dragon skin. Not that he had ever felt dragon skin, but he read a lot. The other book was about Sinbad. Jamie eagerly awaited that adventure.

He turned back to the storefront. A sign now hung on the door. ‘Beauty Parlor Opening in October.’ Jamie went right up to the window and peered in, but all he could see was the sign for the Beauty business and large letters, HIRING SOON. Strange. It wasn’t a daydream. I have books. Conjurer!

Thin air for lunch today was nothing new.

Not scared, but feeling exhilarated, Jamie, ditched school and went to the park instead. He was hungry but sat on the bench writing in his new book, as his stomach rumbled. The breadcrumbs people threw to the ducks started to look good. Still, he stayed there until school was over, happy with the story he wrote. If it could come true, he was going to make it a good one.

His mom had snuck out to the food bank, so Jamie ate a peanut butter sandwich before he rewrote some of the beginning of his story. The situation had changed a bit.

Keith came home, and Jamie listened to the happenings in the other room as he read the words of his story aloud.

“You’ve been out, getting food for the brat. What’d I tell you? I bring home the bacon. You stay put, or I’ll put you….”

Jamie could hear him smack her. She didn’t cry, and that made Keith mad.  Jamie screamed. “Leave my Mom alone.”

Jamie wrote furiously in his book finishing the finale, hot tears spilling on the parchment-like paper. Getting the dialogue just right, when as he planned it in his story, Keith burst through the door.

“There’s the little pussy with his head in a book as usual. Let me see what you’re reading, pansy.”

Keith grabbed the book from Jamie’s hand, and it opened to the climax as if preordained. A fiery breath escaped the pages burning the carpet and annihilating Keith where he stood, gap-mouthed, his bottle of beer smashing on the floor. A mighty roar emanated from the book before it fell to the ground, snapping closed with a thunderous clap. All that remained of the monster was a pile of ash.

Mary Daurio is a  grandmother who likes to fiddle with words when she isn’t playing her flute, walking the dog or spending time with family and friends. Her work has appeared in The Pelham Voice, Grey Borders Magazine, Friday Flash Fiction, Cafelit and on Medium. Her short story, “Bleeding Hearts,” was by published by fictionalcafe.com. A poem, “Do We Ever,” was published in pureslush.com’s collection, Beautifullest. Another poem, “Fallen Companion,” was recently published in pureslush.com’s anthology, Verdant. Her short story, “He’d Smile “will be published in Months to Years this summer, and “Besting Big City,” will be published by Harrowsmith Magazine in fall 2020.